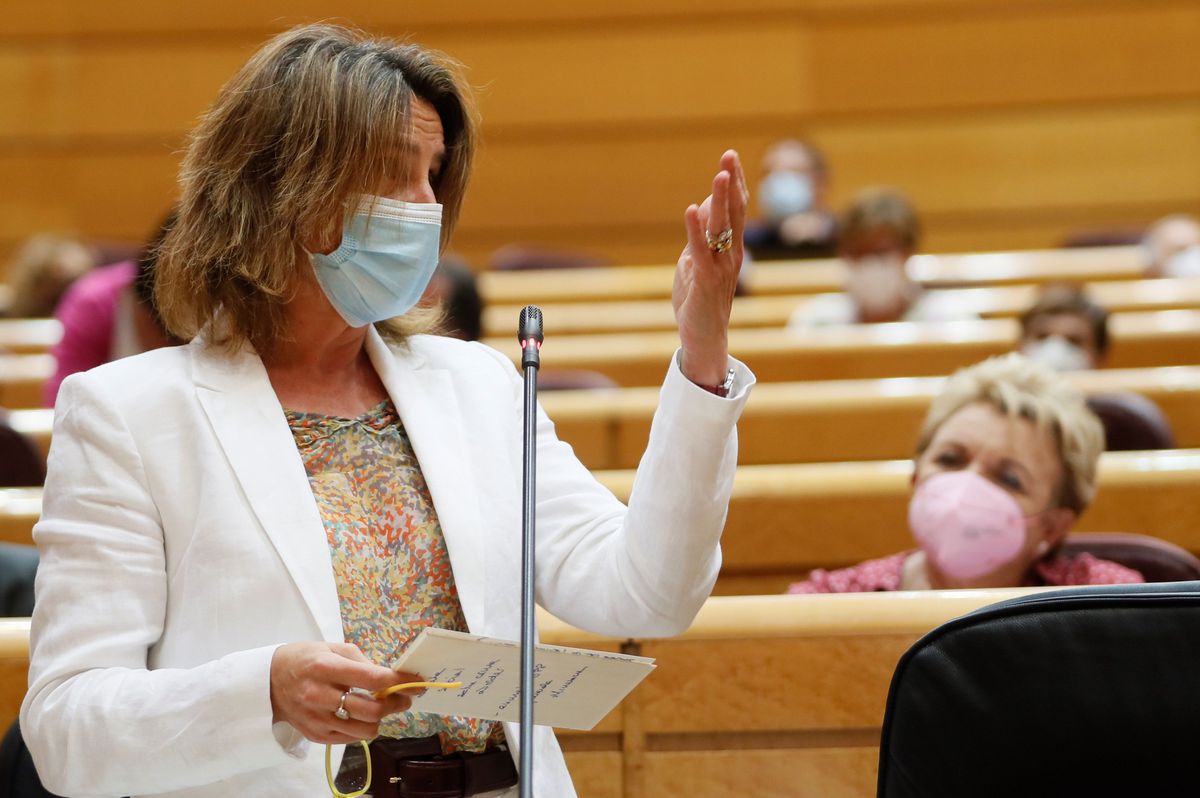 The fourth vice president of the Government and Minister for the Ecological Transition and the Demographic Challenge, Teresa Ribera, pointed out this Tuesday in the control session in the Senate, during a debate on the electricity measures adopted by the Government such as the new tariff structure and the draft bill to reduce the remuneration for facilities that do not emit CO2, which the PP registered an amendment in Congress, on May 26, similar to the one it criticizes. The amendment specifically states that “the Ministry of Ecological Transition and Demographic Challenge will develop, within a period of three months, a mechanism to limit the over-remuneration that non-CO2 emitting technologies may receive as a result of the incorporation of the price of CO2. CO2 at the prices of the wholesale electricity market by the emitting technologies ”.

As justified by the Popular Group in the amendment to article 5.4 of the Draft Law on Urgent Measures to Support Business Solvency and the Energy Sector, and in Tax Matters (from Royal Decree-Law 34/2020, of November 17), This measure will achieve, among other objectives, cushion “the harmful effects of extreme volatility and speculative practices in CO2 prices, to mitigate what has come to be called windfall profits (profits or profits that have fallen from the sky) that can be generated by technologies that do not require CO2 emission rights ″.

For the PP, the boost to the competitiveness of the industry is key in the transition to a decarbonized economy and the proceeds from the auctions of rights should be used to a greater extent to help the sector in its adaptation process. As the fourth vice president has stressed to popular senator José Manuel Juncal Rodríguez, the purpose and content of this amendment presented by the Popular Group is similar to the measure reported last Tuesday in the Council of Ministers, included in the draft of Law that acts on the remuneration of CO2 not emitted from the electricity market.

Senator Juncal Rodríguez accused the Government of adopting a “rate” with which the amounts are moved for hours of light, “complicating the lives of businessmen and families” and of seeking measures such as the National Fund for the Sustainability of the System Electric (FNSSE) or CO2 dividend that are “a kick and run forward.” “The principle of technological neutrality is charged, it will cause the closure of nuclear power plants. Legal security and stability has been charged with a stroke of the pen. Who will invest and finance the transition? ”He questioned.

In addition to being surprised that the PP criticizes a measure such as the draft bill of the carbon dividend that it has proposed, Ribera assured that this Executive has eliminated “taxes as surprising as the sun tax and reduced litigation in that kind of nightmare in the that they had gotten us into international arbitrations ”.

This same Monday the ministry asked the National Commission of Markets and Competition (CNMC) that, in addition to investigating whether there have been irregularities in the electricity market with the application of the new tariff, analyze the impact it has had on domestic consumers , industrial and, above all, in SMEs. In the opinion of experts, these will best reflect the benefits of the new structure.

The new electricity bill, which came into effect on June 1, would reduce the cost of at least 3.4% in the receipt of 19 million domestic consumers without time discrimination, according to estimates by the CNMC. This coincides with the fact that the price of the electricity bill for an average user has shot up 42% in the first seven days of June compared to the same month last year due to the increase in CO2 and gas. Ribera defended that the objective of the Government with the draft bill is “to work in a scheme where part of that profitability can be enjoyed by all consumers, including industrialists.”