The population in Spain fell by 106,000 people in 2020, the first decline after four years of rise 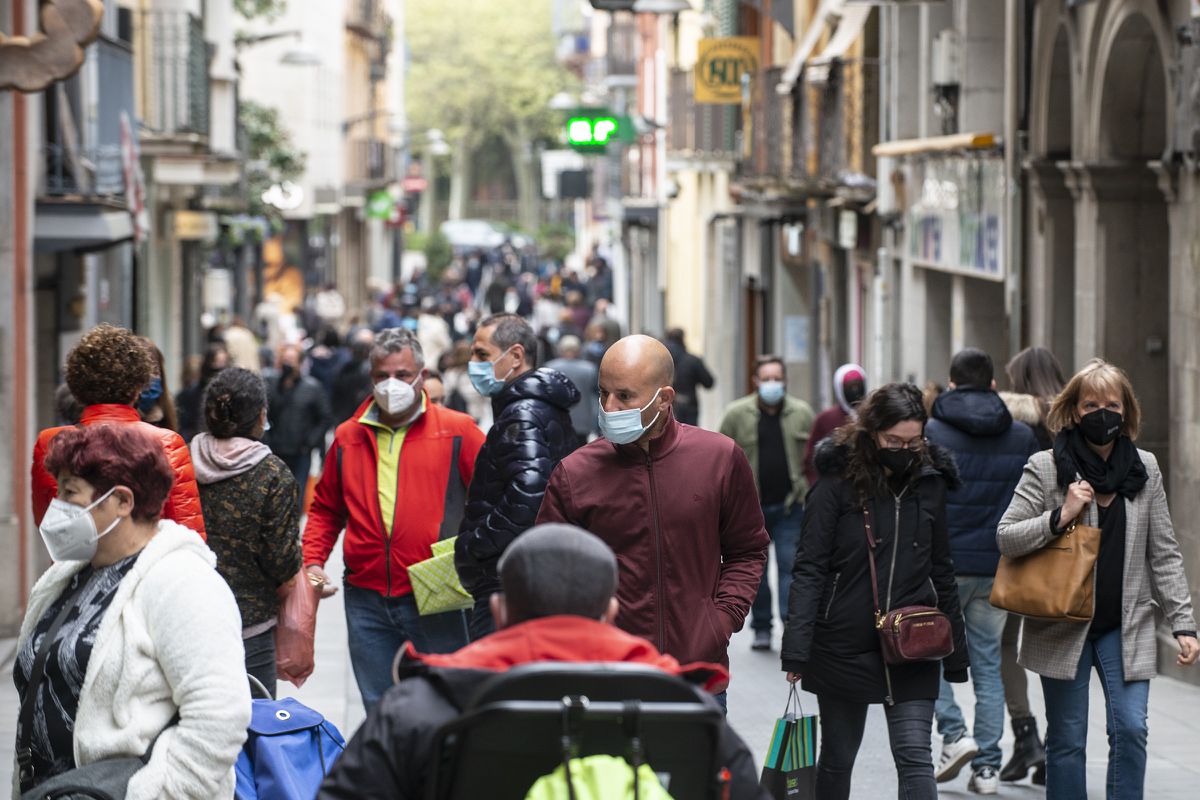 Last year, the population decreased by 106,146 people in Spain, according to the number of registered in the Continuous Register as of January 1, 2021, still provisional data that have been published this Tuesday by the INE. This is the first drop after four years of rising records. 47.3 million people live in the country, 88.6% of them have Spanish nationality (41.9 million) and 11.4% are foreign (5.4 million). According to the demographers consulted, the decrease in registered numbers is influenced by the effect of the health crisis on mortality, and also on migratory flows, affected by the closure of borders and reduced mobility. To a lesser extent, it also affects the fall in births.

Each new figure released confirms the impact of the pandemic on demographic trends. It happened when the data, also provisional, of the natural population movement of the first semester of last year became known, which reflected the maximum of the entire historical series in the number of deaths in that period and a minimum in the marriages celebrated. And now the fall in the population is confirmed last year, a reduction of 0.2%. A decrease that in absolute terms is more pronounced among citizens of Spanish nationality (79,815, compared to 26,331 of foreign origin), but that is greater in percentage terms among foreigners (0.5%, compared to 0.2% of Spaniards , as indicated by the INE).

“We see an interruption of continuous growth during the last four years due to a very serious event, such as a pandemic, which has caused a disruption of all aspects of society,” explains Diego Ramiro, director of the Institute of Economics, Geography and Demography of the Higher Council for Scientific Research (CSIC), “from a traumatic situation of the health and health system, which has caused high mortality, even in individual movement, with the closing of borders.”

The expert adds that this decrease has also been influenced, although to a lesser extent, by the fall in births. A downward trend in the birth rate and fertility had already been recorded. But this will be more pronounced as a result of the pandemic. According to the first estimates of the INE, it was 10% in November 2020 compared to the same month of the previous year and more than 20% in December. The latter is the first month that allows us to appreciate the collapse of births as a result of confinement (children conceived in March). “But part of the pregnancies are not at term, that is, there are seven-month-old and eight-month-old babies,” says Ramiro in relation to the November data. Many teams have postponed their decision to have children, influenced by the uncertainty related to the pandemic and the bad economic situation.

The most populated autonomous communities as of January 1, 2021 were Andalusia, Catalonia and the Community of Madrid, while those with the least population were La Rioja, Cantabria and Navarra. In the last year, the number of people registered has decreased in most regions. Joaquín Recaño, professor of Demography at the Autonomous University of Barcelona and researcher at the Center for Demographic Studies, puts the emphasis primarily on mortality and migration. “The main cause is the population drop due to deaths. It is seen in the communities that have suffered the pandemic more intensely ”, he says. In absolute numbers, those who lost the most registered inhabitants were Madrid (34,297 fewer than on January 1, 2020), Catalonia (23,551 less) and Castilla y León (13,637 less). They are the communities, along with Andalusia and the Valencian Community, where the most deaths due to the covid have been registered in what we have of a pandemic, according to the latest report from the Ministry of Health.

“In relative terms, after Ceuta and Melilla, Asturias, one of the oldest autonomous regions, leads the population decline, with 0.7%, followed by Castilla y León (0.6%) and Madrid and Extremadura (both with a 0.5%) ”, continues Recaño, who highlights that autonomies such as Castilla-La Mancha,“ greatly affected by the pandemic ”, have gained population. In absolute terms, the communities that have increased their registrations the most are Murcia (6,687 more people), Castilla-La Mancha (2,571) and Cantabria (1,403). “We will have to study the internal movement of the population, it is possible that there are people who fled from large cities to other places of residence,” he says.

Regarding migration, experts highlight the number of people who have stopped coming as a result of the closure of borders and the limitation of mobility. Among foreigners who are registered in Spain, 1.6 million belong to the European Union. Last year, those registered in the register belonging to the 27 member countries fell by 37,870 people, while those from non-EU countries grew by 11,539. “There are elderly citizens from the United Kingdom and Germany, for example, who have stopped coming as a result of the pandemic,” says Recaño. “And there have probably been people who, due to the economic crisis, perhaps linked to the informal economy, who were left in a very vulnerable situation and who have probably left,” he says. The INE highlights in its note that the largest increases last year were registered by citizens of the United Kingdom (17,137), Colombia (17,003) and Venezuela (8,505), while the largest decreases, in Romania (28,117), Bolivia (7,944) and Ecuador (7,771).

Spain was coming off a population rise during the last four years. This decrease recorded last year will probably be repeated in 2021, to the extent that normal activity has not yet recovered, the experts consulted point out. “We have been increasing the population for years, basically due to immigration. The crisis has suddenly interrupted these dynamics, something that also happened after the previous economic crisis, where in addition many of the citizens who had come returned to their homes [de 2012 a 2015]”, Explains Albert Esteve, director of the Center for Demographic Studies at the Autonomous University of Barcelona. “Predictably, the decrease will continue in 2021, everything will depend on how the economy recovers and if mobility is facilitated, but it is likely that there will not be enough time to recover immigration,” he says.

Esteve explains that, with these trends, it is normal that the average age of those registered continues to rise in Spain. One in five citizens is over 65 years of age (19.7%, compared to 15.1% under 16 years of age). The average age is 43.8 years (44.7 for Spaniards and 36.6 for foreigners). “It increases because births are falling and because more and more people are reaching advanced ages in Spain. The only way to reverse this situation would be for children to be born, and births fell in 2020, because the trend was downward in recent years, and they will fall even more in 2021, here due to the effect of the pandemic. “

5,000 municipalities with less than a thousand inhabitants