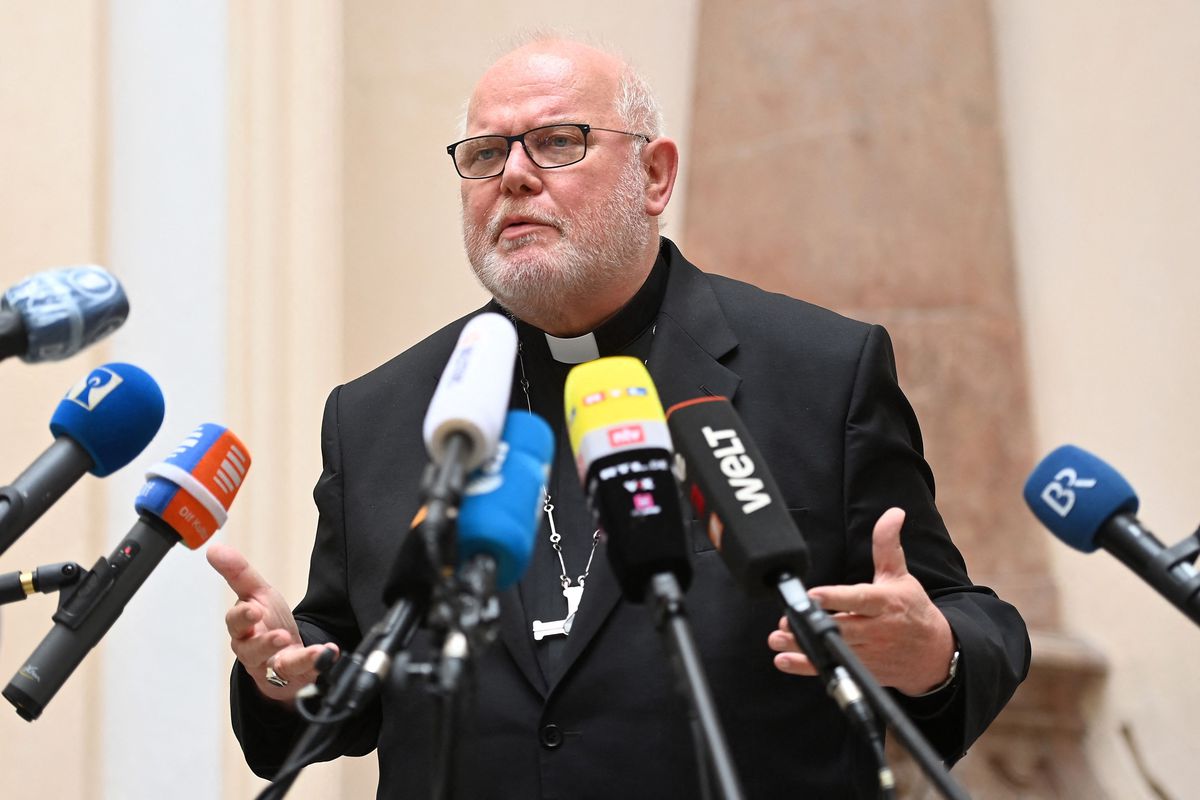 Pope Francis does not accept the resignation of the Archbishop of Munich, Cardinal Reinhard Marx, who was presented to him at the end of May as a way of assuming his share of responsibility for the sexual abuse of minors by some members of the German Church. In a letter released by the Vatican, Francis admits that “the whole Church is in crisis” because of the abuses and that he cannot move forward without acknowledging it. “The ostrich policy does not lead to anything, and the crisis has to be assumed from our paschal faith,” says the letter, originally published in Spanish and with Argentine idioms, which indicates that the Pope has personally taken care of writing it and not it is a mere bureaucratic procedure.

Although it is not very frequent, several cases are known in which the Pope has rejected the resignations presented by bishops and other collaborators. In these circumstances it is normal for the Pontiff and those involved to exchange communications. But it is very rare that the process takes place in the public domain and even less in real time. Normally, issues relating to resignations and appointments are handled strictly in the private sphere, so what happened on this occasion is extraordinary and it is striking that both the letter in which Cardinal Marx communicated his intentions and his intentions were published practically immediately. the Pope’s response.

Marx, 67, is a pillar of the ecclesiastical hierarchy, not only in Germany, where he is one of the country’s best-known bishops – he chaired the Episcopal Conference (DBK, in its German acronym) until last year – but also in Rome, because he directly advises the Pope as a member of the cardinal commission. He is considered a representative of the progressive wing. His resignation, which he argued as a way to foster a new beginning, shook the Catholic Church. Marx is not directly accused of having known abuses or of hiding them.

“Dear brother, first of all thank you for your courage. It is a Christian courage that does not fear the cross, it does not fear to be overwhelmed by the tremendous reality of sin “, the Pontiff begins the letter. Marx acknowledged in his resignation letter the “institutional failure” of his archdiocese in dealing with the sexual abuse scandal. “In essence, it is about sharing responsibility by members of the Church in recent decades,” he told the Pope, admitting that there had been “institutional or systemic failures”, in addition to personal ones. A large investigation revealed in 2018 that at least 3,677 children and adolescents had been abused by 1,670 abusers, members of the German Catholic Church, in a period of almost sixty years, between 1946 and 2014.

The original letter, released by the Vatican and dated this Thursday, June 10, is written in Spanish, the pope’s mother tongue, and contains nuances of the Argentine River Plate variant. It is also prepared in an informal and fraternal tone, which indicates that the writing is a personal reflection of the Pontiff. Another nuance that differentiates it from other official documents on the issue of abuses is that although they bear the signature of Pope Francis, they usually go through other filters and reviews in different departments of the Roman Curia.

Francis’ letter has been interpreted in some sectors of the Holy See as an endorsement by the Pope of the controversial reform of the German Church promoted by Cardinal Marx, which started precisely as a response to the crisis of abuse, and which has run into with fierce opposition not only in Germany but also among the most conservative sectors in the Vatican. In particular, the members of this current are opposed to the German bishops discussing issues such as celibacy, the ordination of women or homosexuality in their synodal process and argue that these are matters that should concern the universal Church and cannot be dealt with by separate in each country.

A Church in “standstill”

Marx said in his letter that the Catholic Church is at “a stalemate.” The Pontiff does not refer to this expression literally, but he agrees with the diagnosis and uses the same word as Marx, “catastrophe”, to refer to the “sad history of sexual abuse and the way to confront it that the Church took until recently. weather”. “Assuming the crisis, personally and communally, is the only fruitful path because a crisis does not come out alone but in the community and we must also take into account that a crisis comes out better or worse, but never the same,” says Francisco, that urges “to air this reality of the abuses and of how the Church proceeded.”

“The mea culpa Faced with so many historical errors in the past, we have done it more than once in many situations, although we have not personally participated in that historical juncture. And this same attitude is the one that is asked of us today ”, the Pontiff assures, adding that although“ historical situations have to be interpreted with the hermeneutics of the time in which they happened ”, this does not exempt us from assuming them“ as history of sin. that besieges us ”. “In my opinion, each Bishop of the Church should assume it and ask himself what should I do in the face of this catastrophe?”

At the end of the letter the Pontiff asks Marx to continue as Archbishop of Munich and Freising and reminds him that Jesus did not accept Peter’s resignation either: “If you are tempted to think that, by confirming your mission and not accepting your resignation, this Bishop of Rome (your brother who loves you) does not understand you, think about what Peter felt before the Lord when, in his own way, he presented his resignation: ‘Get away from me, I am a sinner’, and listen to the answer: ‘Shepherd my sheep.’

“In a spirit of obedience, I accept your decision,” Marx replied Thursday afternoon in a letter addressed to Francis. published on the archdiocese website. The cardinal assures that he did not expect such a quick reaction nor that the Pontiff asked him to continue in his post. “I am moved by the detail and the very fraternal tone of your letter and I am sorry for how much you understand and have accepted my request,” adds Marx, who assures that he understands the Pope’s decision as a “challenge” that does not allow us to return to the previous agenda. rather, it invites you to continue reforming the Church.

Marx’s resignation came a few days after Pope Francis ordered the opening of an investigation, or apostolic commission, into how the diocese of Cologne, the largest and richest in Germany, has handled cases of sexual abuse of minors. . The two apostolic visitors to the Holy See are already in Germany to assess “the possible commission of errors” by Cardinal Rainer Maria Woelki (Archbishop of Cologne since 2014) and other members of the Church. Woelki has been widely questioned in recent months for his refusal to release the results of a first report on the abuses he commissioned. In March, and also due to the Church’s response to the scandal, the Archbishop of Hamburg, Stefan Hesse, resigned.