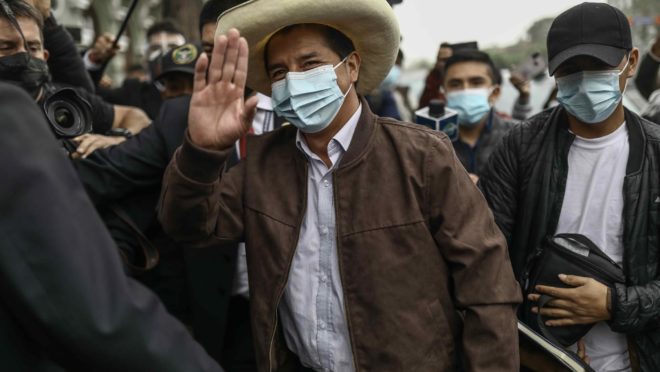 Pedro Castillo, Peru’s presidential candidate, was the most voted in the second round of elections, but has not yet been proclaimed the winner| Photo: EFE

The leftist candidate Pedro Castillo was the most voted in the second round of the presidential elections held in Peru on the 6th, with 50.12% of the votes, against 49.87% of the rightist Keiko Fujimori, according to the final count, released this Tuesday (15).

Although the National Electoral Processes Office (ONPE) has completed counting the votes, the winner cannot yet be proclaimed because Keiko’s Popular Forces party has asked for the annulment of approximately 200,000 votes due to alleged irregularities in polling stations .

More than 25 million Peruvians were able to go to the polls on the 6th, and 18.8 million (74.5%) did so in the country and abroad, with 17.6 million votes being considered valid.

The National Elections Jury (JNE), Peru’s highest electoral body, is currently reviewing cases of contesting ballot boxes, with the majority of applications being dismissed because they were submitted outside the regulatory deadline or without compelling evidence of irregularities.

The Peruvian Constitution does not permit the annulment of elections under any circumstances, except “when invalid or blank votes, added or separately, exceed two-thirds of the number of valid votes”, in accordance with article 184.

The queen of flow 2, final episode: synopsis, trailer, where to see and what will happen in the last installment