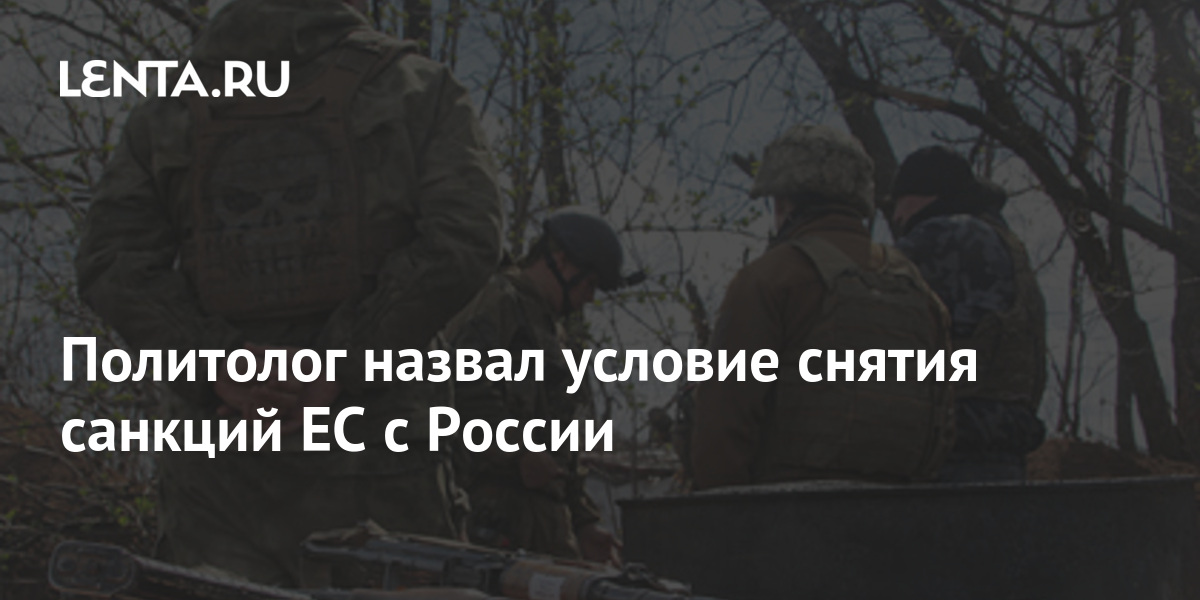 The European Union (EU) can lift sanctions on Russia only if the conflict in eastern Ukraine is resolved. Such a condition in a conversation with RIA News named Associate Professor of the Department of Political Science and Sociology of Political Processes of the Sociological Faculty of Moscow State University Pavel Kanevsky.

According to Kanevsky, the entire EU sanctions policy against Russia is related to the unresolved conflict in Ukraine. Responsibility for its settlement lies with all parties, including Russia and Ukraine, so, according to the political scientist, Kiev’s refusal to fulfill the Minsk agreements will not push Brussels to lift restrictions on Moscow.

Earlier, the former deputy of the Verkhovna Rada, Yevgeny Muraev, suggested that Europe could soon lift sanctions on Russia because of Kiev’s mistake. The politician believes that this decision of the Western leaders may be prompted by Ukraine’s refusal to comply with the Minsk agreements.

There was a video of Lokomotiv’s goal against Marseille

Russian drivers were warned of changes in road signs