The policeman who died defending the Capitol died of natural causes 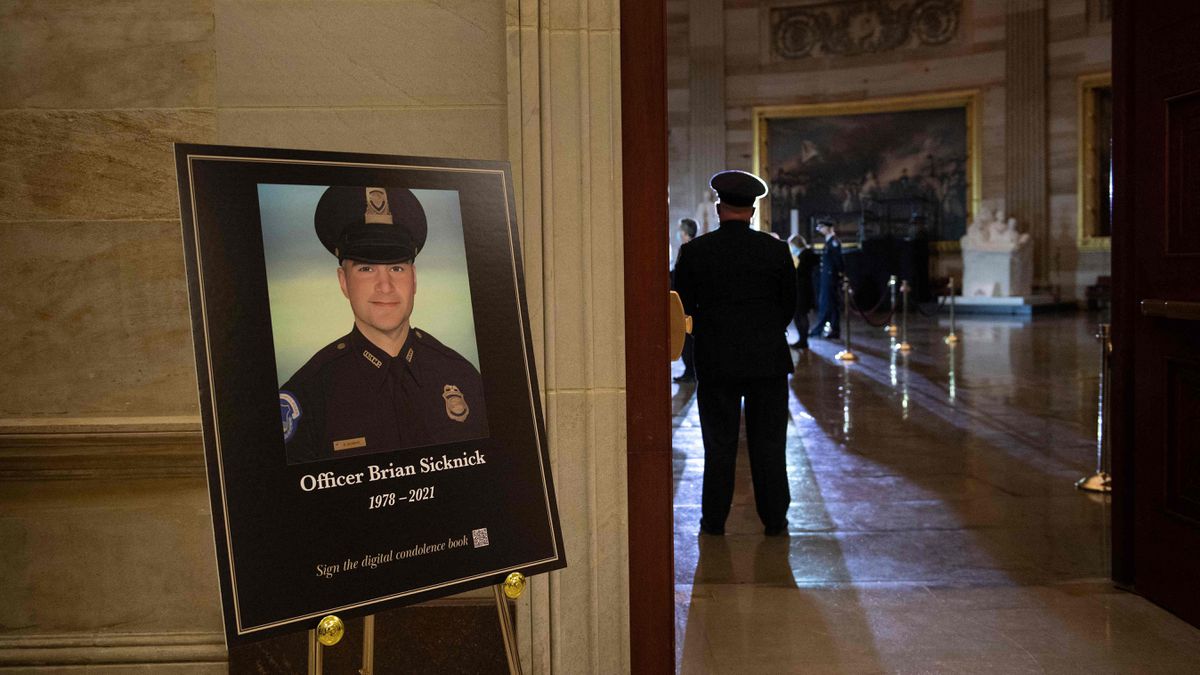 Brian Sicknick, the police officer who died defending the Capitol from the assault of a horde of Donald Trump supporters on January 6, died in the line of duty, but not as a result of the vandals attack. The agent, whose body was veiled with honors in the Rotunda of the Capitol, succumbed to a vascular accident, complicating attempts to attribute his death to any of the assailants, as reported Monday by the newspaper The New York Times.

The police officer, who was 42 years old and a veteran of the Iraq war, had suffered several vascular episodes hours before facing the insurgents and died of natural causes, the coroner Francisco J. Diaz revealed this Monday. Authorities have so far attributed his death to two assailants, who sprayed him with an unidentified chemical when he confronted them outside the building.

The autopsy has not found traces of an allergic reaction to any chemical product, nor external or internal wounds, as the coroner explained to the newspaper The Washington Post, the first to break the news.

Agent Sicknick was one of the five dead from the attack on the headquarters of Congress. The rest of the fatalities were protesters. A woman, Ashli ​​Babbitt, was killed after being shot by another police officer. Two more people lost their lives after suffering individual heart attacks and the last loss was accidental, according to the coroner.

Officer Sicknick, whose memorial service in the Capitol Rotunda was attended by US President Joe Biden and his wife, Jill, died after suffering several “acute brain stem and cerebellar infarcts due to basilar artery thrombosis.” that is, a severe form of cerebral infarction. The artery supplying the brainstem was blocked by a thrombus and blood flow to the cerebellum at the back of the brain was interrupted, the journal explains. These types of strokes are usually fatal.

Two of the vandals who stormed the building, George Pierre Tanios, 39, and Julian Elie Khater, 32, were charged last month with attacking Officer Sicknick, but pending conclusive autopsy evidence they authorities linked them only to the spray attack “directly on his face and eyes”, not to his death. In a statement released Monday, the Capitol Police Department says it accepts the coroner’s conclusions, which “do not change the fact that Agent Sicknick died in the line of duty, courageously defending Congress and the Capitol.”

The Oscars 2021: Who is Carey Mulligan, actress of A promising young woman?