The police of Kazakhstan detained more than 4.4 thousand participants in the riots 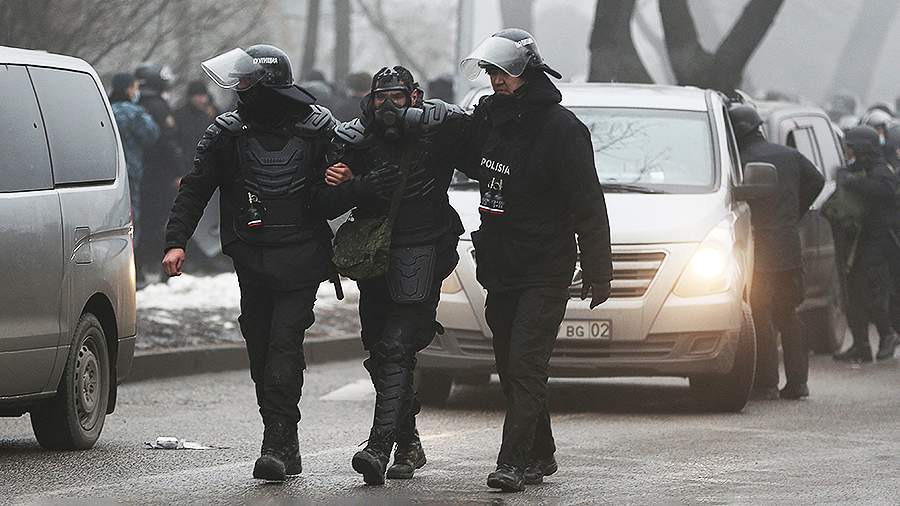 Law enforcement agencies of Kazakhstan detained over 4.4 thousand people who took part in the riots in a number of regions of the republic. This was announced on Saturday, January 8, by the press service of the country’s Interior Ministry.

“In a number of regions of the country, law enforcement agencies continue operational measures to identify and arrest criminals. The number of people detained for this hour is 4,404 people, ”the Sputnik Kazakhstan agency quoted in Telegram.

According to the department, in the city of Aktobe and the region, law enforcement officers ensure proper protection of public order and the safety of citizens.

“Over the past night, 22 persons were brought to the police departments (Aktoba – Ed.) For violating the curfew. In addition, 11 organizers and instigators were detained, ”the Ministry of Internal Affairs noted.

Protests in Kazakhstan began on January 2. Participants of the rallies opposed the rise in prices for liquefied gas. Demonstrations soon escalated into riots and looting.

The situation has become especially aggravated in the largest city of the country – Alma-Ata. The protesters broke into the building of the administration, set fire to the building of the prosecutor’s office and the office of the ruling party. In addition, radical protesters armed themselves and began looting, destroying shops, pharmacies and banks in the city.

It also became known about the security forces killed during the protests in the republic. Their number increased to 18, two of them were beheaded. The National Guard of the republic reported two killed servicemen. Also known about attacks on doctors.

The commandant’s office in Alma-Ata also said that the violent actions of the attackers testified to the terrorist and extremist nature of the bandit formations. A resident of Nur-Sultan called the events in Alma-Ata looting and massacre, not a peaceful protest.

The presidential administration of the country noted that among the militants operating in Alma-Ata there were snipers with special rifles.

The damage from the riots in Kazakhstan amounted to about $ 200 million.

On January 5, Kazakh President Kassym-Jormat Tokayev dismissed the government, headed the Security Council and announced at its meeting that he had applied to the Collective Security Treaty Organization (CSTO, which includes Armenia, Belarus, Russia, Kazakhstan, Tajikistan and Kyrgyzstan) for help in overcoming the terrorist threat. After that, Armenian Prime Minister Nikol Pashinyan, who holds the post of CSTO chairman, said that the organization would send collective peacekeeping forces to the republic for a limited period of time in order to stabilize and normalize the situation in that country.

Tennis | According to the lawyer, Novak Djokovic had a corona infection in December