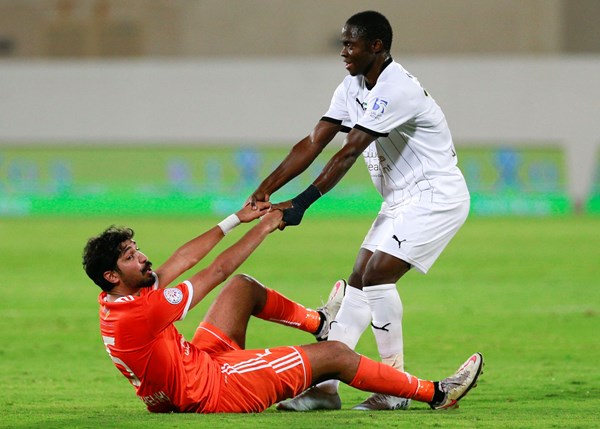 The “point” that Ajman and Al-Jazeera got in their meeting together in the 24th round of the Arab Gulf League, after the match ended in a 3-3 draw, caused the two teams to enter the turn of “complicated calculations”.

And it was more like the “annoying point”, as it did not achieve the desired goal for each team, as Ajman aspired to win game points in order to temporarily exit from the relegation calculations in light of the intense competition between him and Fujairah to stay, but point 15 is not sufficient to enter the safety zone. Especially since the difference between him and the “wolves”, absent from this round, is one point, and “orange” needed a moral victory before confronting Sharjah, which returned with the morale of qualifying in the AFC Champions League in the 25th round, and both games were a lifeline for Ajman before facing Fujairah. In the last round of the league.

On the other hand, Al-Jazeera’s excess in the two most expensive points would have been the possibility of placing the league’s shield at the gates of Abu Dhabi’s Pride Fortress if it had won after Bani Yas’s draw with Al-Ahly’s youth, and the team would face Al Ain in a hot summit, leaving Khorfakkan in the final round of the league.

The tie between the two teams is the sixth in the era of professionalism since the 2009-2010 season, but it is the first time that the confrontation comes in the last meters, and it has a role in modifying the status of each team, and history did not intercede for Abu Dhabi’s pride in its previous victories, as the two teams met 18 times in the league , And the victory was for Al-Jazira in 11 games, including 5 victories on the same stadium.

Ajman has won over Al Jazira only once, while a draw has been attended on 6 occasions. At the same time, the control of Al-Jazeera did not stop by 72% compared to 28% for Ajman to resolve the confrontation in his favor, and the pride of Abu Dhabi excelled in defense and attack, and he had 21 shots on the orange goal, including 10 shots from outside the region and 11 inside the region compared to 12 shots for Ajman, including 5 Outside the area and 7 inside the penalty area.