“The players are afraid that women’s football will grow” 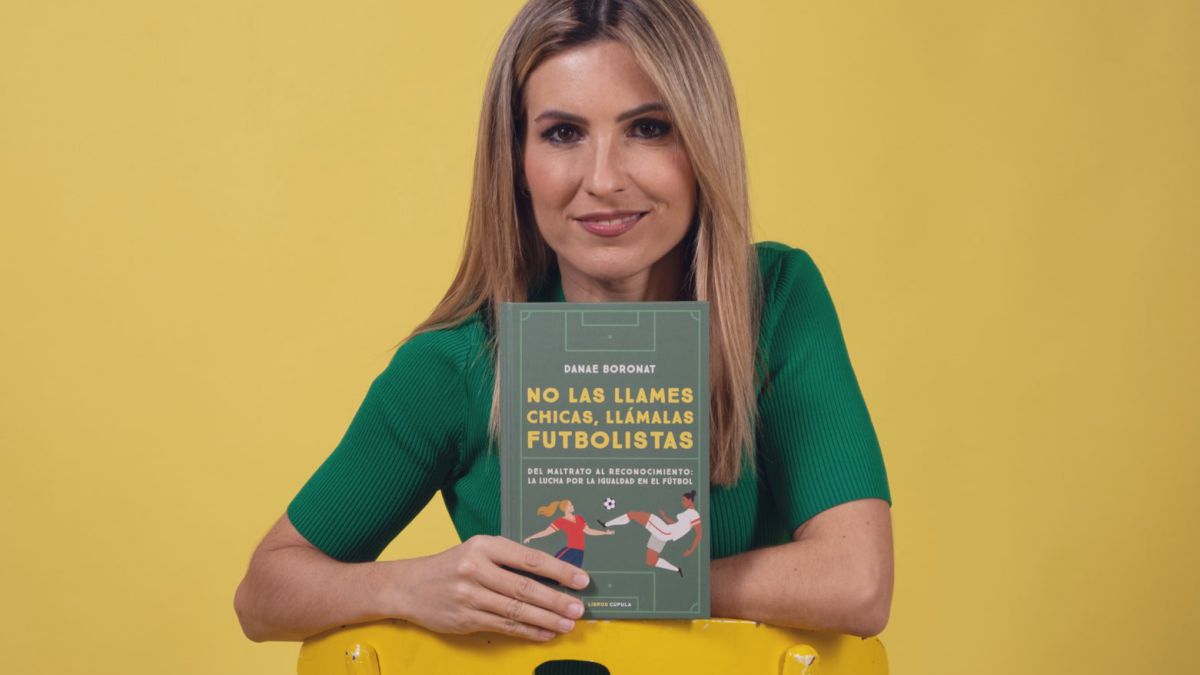 “You are a fat woman”, “What you need is to get a chilli up your ass”, “What you need is a good male”, “Do you know how roosters fertilize hens? (While pinching the player’s own ass “… Would it be possible to hear these phrases in a locker room? In Spain, for 27 years, all these and many more were very common. And they carried the signature of Ignacio Quereda, Spanish coach between 1988 and 2015.

A chapter to forget that it is denounced in the book “Don’t call them girls, call them soccer players” by Danae Boronat (Tarragona, 1985). And that, for this, it takes the testimony of great stars of the First Iberdrola as Sonia Bermúdez (retired), Jenni Hermoso, Vicky Losada and Alexia Putellas, Barça players, or Marta Corredera, Real Madrid side, among other figures. The journalist and television presenter specialized in sports offers a walk through the most recent history of Spanish women’s football. A tour that uncovers the strengths of this category and also the great inequalities, with a special mention of the shameful behaviors macho or homophobic, among others, left in his wake by Ignacio Quereda.

A story that was uncovered almost accidentally by Danae Boronat, who recounts in an exclusive interview with AS the keys to her recently published book. The journalist, the first woman to narrate a soccer match in the men’s First Division and narrator of encounters in the last World Cup in France 2019, sought to relate the process of Spanish women’s soccer. However, he found much more, with testimonies that relate the harshness of the experiences experienced by several decades of soccer players in Spain. “Generations and generations of footballers came to the team of their dreams and this became their main nightmare. It is so serious … Many left him because they could not bear that situation. The talent that will have been lost in women’s football because they were treated like shit, “says Danae, who points out:” There are testimonies that seem very serious to me. “

“They had normalized it”

The figure of Ignacio Quereda annulled those women to the point that they all assumed what happened as a toll they had to pay to go to the National Team, for being international with the shirt of their country. “They had normalized it and they told me naturally. I had not followed women’s football closely and did not know if all this was known. Something had been told, but there were testimonies that had never come out. The players told me that they never counted them out of fear. There was pasotism then with those women. Now, society is more sensitive to these things and women do not consent as much as twenty years ago“, adds the Catalan journalist, to whom some player has even asked to hide her identity out of fear.

There is still fear of retaliation because, as Danae emphasizes, “They still don’t feel 100% supported.” The television presenter relates that, among the reactions to her book, there are still many comments in which the testimonies of the players are questioned and in which they are even downplayed. “When you see this, you understand why there are still people who do not dare to report it. I have received calls that Quereda is not and has not been the only one in women’s football. There have been many coaches who act in the same way, “he says.

Danae herself admits that machismo in soccer is more than a reality. From journalists to players. “We all suffer,” he highlights, before continuing: “I have met men who, because I am a woman, think that they know more about football than I do and with the condescension of colleagues, managers and even footballers or coaches. My questions in the conference room The press questioned themselves more than those of my teammates … “, says Danae, who focuses on everything that remains to be done in women’s football. “They say that women’s football has come a long way, but I think there is still a long way to go. We have taken the first steps, but there are many years ahead of work, “he remarks.

In this growth, a new actor has arrived for a year, a Real Madrid in which the journalist misses more campaigns and more visibility of women’s football. “In the case of Real Madrid You cannot apply the same criteria of your men’s team to the women’s team because the realities are diametrically opposite. You have to show and make your players known so that people want to follow them and create that interaction with them. Real Madrid does not believe in their women’s team and is wasting the opportunity to promote women’s football with the strength of anything this club does. Much more can be demanded of him, “he explains.

A criticism that goes further: “What I don’t understand is that Real Madrid and other clubs are increasingly trying to bunkerize women’s football as they have done with men’s. For me they show that they have not understood anything or do not truly believe their female project. People have to get to know your players so that they can later watch their matches, buy their shirts and start moving that wheel of women’s football faster. Many still say that this category does not sell. It does not sell because you have to contribute first so that the wheel starts rolling “.

Along these lines, Danae values ​​the involuntary campaign that emerged on social networks after the harassment suffered by Misa Rodríguez, Real Madrid goalkeeper. “I was surprised by the campaign and that it has been so powerful, with the fact that so many clubs joined. And I am glad that the answer to something so regrettable has been this. But honestly, I think there is a bit of posturing. What is necessary is that these campaigns do not arise in response to an attack. That Asensio comes out to defend her is plausible and I applauded it, but it is the logical thing to do. Its normal. There is nothing extraordinary about it, nor does it have great merit to do so. For me, the great merit would be that, without anything happening, a player from Real Madrid, Barça, Atlético or whatever, uploaded a photo with a player and said ‘Same Passion’. We need the players to go to see them at the matches and have more gestures … “, claims the journalist, who highlights specific cases of Borja Iglesias or Griezmann, who have supported their colleagues on several occasions.

“As in the world of football, men send mostly men, we need them to understand that we have to support them and do it. From footballers to coaches, direct … We need men to change the chip and that will be basic. I think there is a lot of selfishness among footballers, who are afraid that women’s football will grow and that the cake will have to be shared. That cake that is now so juicy and that right now they are taking 98%, they will have to distribute it when they continue to advance and claim, “continues to emphasize Danae Boronat.

“Football is one of the last strongholds that man had left”

The Tarragona communicator ends her interview evaluating the current situation of women’s football in a society that still fights for machismo in all its facets. “Women’s football in Spain still does not want to sell. No efforts have been made to sell it as it deserves. I believe that everything is sustained in a structure of macho society in which we have all grown up. This is the basis of this discrimination because in basketball and handball it does not happen. Soccer is one of the last strongholds left to man and he refuses to admit that it is not a sport only for men and for men. They have resisted for decades the access of women to this world, whether they are players, trainers, journalists … “, she indicates.

And, sentence: “What happened with Quereda for 27 years has not been a coincidence. It is something sought, consented and allowed because no one was interested in the growth of women’s football in Spain because if not, the players would start asking for improvements. Nobody has been interested in this growing. They have had to be them based on sporting successes that are attracting attention. It is not that society has changed the chip overnight and says ‘oops, women play’. It is the result of a small commitment to this category that has had great results. They have broken the door down with their performance and that has made everyone get excited “.

Biden reacted to the verdict in the case of George Floyd

Agustin Rossi, with the Superclásico in sight and the uncertainty of the end of the semester