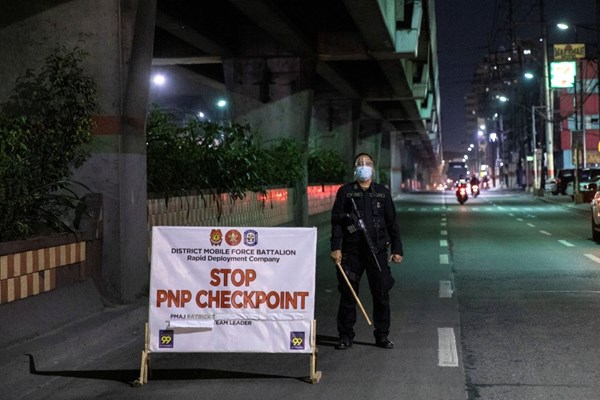 The Philippines announced new restrictions on entry for foreigners today, Wednesday, as authorities strive to contain an increase in coronavirus cases amid a slow immunization campaign.
From next Saturday, entry of foreigners will be suspended again until April 19, and only Filipino workers returning abroad will be allowed to return home.
The number of returning Filipino workers allowed in per day will be limited to 1,500, according to Secretary Carlito Galvez, head of the government’s anti-Corona task force.
He said: “This is among the measures that were agreed upon during the emergency meeting of the working group … We will implement this as soon as possible to contain local infection.”
Galvez also said that the government is also intensifying the distribution of face masks (masks) to the public, especially to vulnerable groups and sectors.
He added, “These masks are our first line of defense against disease and they should be worn at all times when they are outdoors and outside the covered places.”
The total number of Coronavirus cases in the Philippines reached 631,320 cases as of Tuesday, after the Ministry of Health recorded 4,437 new cases of Coronavirus. The number of deaths increased, after 11 new cases were registered, to 12,848.
So far, the Philippines has received more than 1.125 million doses of Corona vaccines, and 215,997 people have been vaccinated so far, most of them are health care workers.
Galvez said the government expects to receive vaccines worth more than $ 6 million this month and in April.
He added that the government aims to vaccinate 70% of a total of 110 million Filipinos by the end of the year.