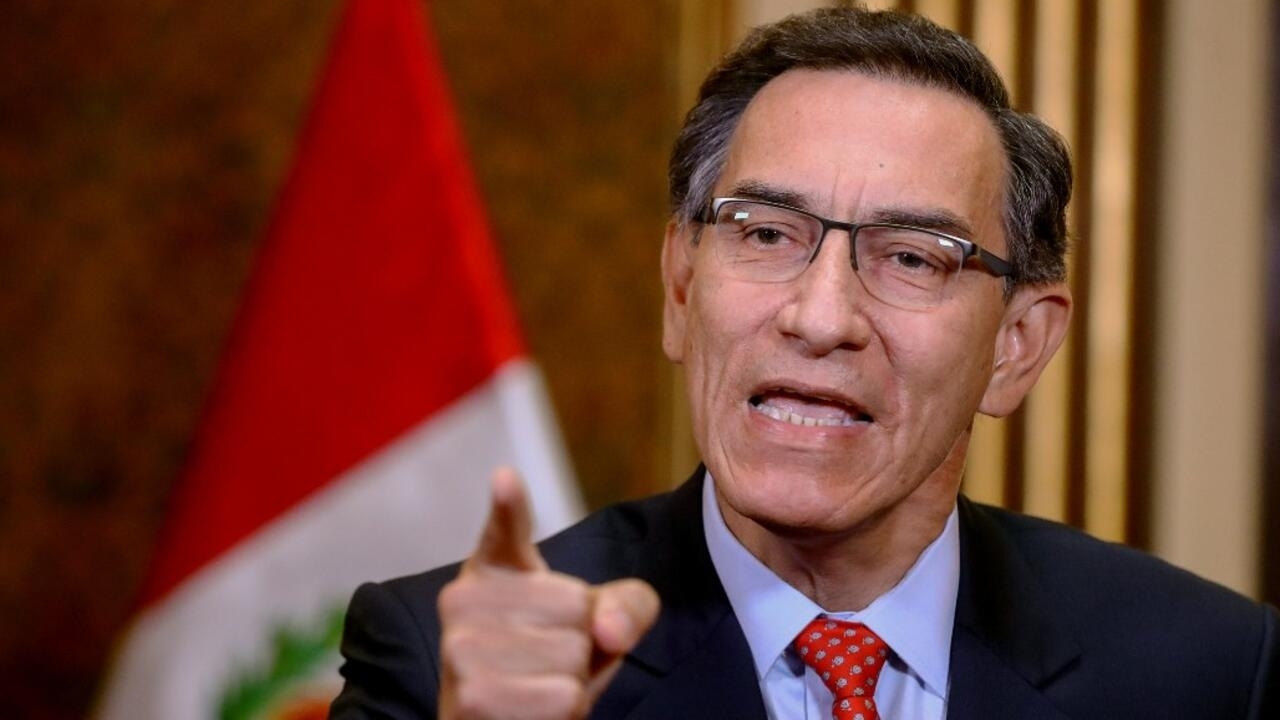 The case against the former Peruvian president refers to the accusations of allegedly receiving bribes from two local construction companies, when he was governor of the Moquegua region, in the south of the country, between 2011 and 2014. For this matter he was dismissed through a trial politician in November 2020. However, an investigation by the authorities in this regard had not yet concluded.

The Peruvian prosecutor, Germán Juárez, sent a petition to the first preparatory investigation court in Lima, headed by Maria de los Angeles Alvarez. In it, the accusing body asks for 18 months in preventive prison for former president Martín Vizcarra.

The 57-year-old former head of state is being investigated in the case known as the “construction club”. He allegedly received bribes of around $ 619,000 from two local construction companies, in exchange for granting them the construction of a hospital and an irrigation project.

The events would have occurred before becoming president, when he served as governor of the Moquegua state, in the south of the country, between 2011 and 2014.

For these alleged actions, Vizcarra would have incurred the crimes of bribery and collusion to the detriment of the State. The investigation against him was open since October 2020.

The former president, now a candidate for Congress for the political party Somos Perú, assured in the last hours that there are no arguments for the Prosecutor’s Office to request 18 months of preventive detention against him.

“Things remain unchanged. There is no argument to ask for this preventive detention ”, declared the politician to the local press.

Likewise, the ex-governor rejected the impediment issued against him to leave the country. He stressed that he has responded to all the questions from the authorities and that he has handed over his two passports.

The aspiring legislator said that it is a move by his political opponents, who use “all weapons” to disqualify him and leave him out of the electoral campaign.

In November 2020 and without there being a conclusion of justice, the Legislative – with an opposition majority – took him to a political trial in which he was dismissed.

He was removed from office on November 9 for alleged “moral incapacity”, a decision strongly criticized by a wide sector of Peruvian society that considered it a political strategy. They said that this was promoted, mainly, by the then leader of Congress, Manuel Merino. It was precisely he who assumed as interim president of the country once Vizcarra left office.

The situation triggered a wave of protests against Congress and Merino, who just five days later was forced to leave the Executive, amid the repression against protesters, in which two people died and hundreds were injured.

But now, according to prosecutor German Juárez, there is new evidence that would link the former president. Presumably, this evidence would confirm the testimony of those who pointed out the ex-president of receiving bribes.

In 2020, these witnesses were also rejected by the protesters for being people who aspired to positions in the Prosecutor’s Office. After the political crisis, since last November 17, Peru is governed by legislator Francisco Sagasti.

Despite the citizen support he received after his dismissal, Vizcarra’s popularity declined after, last February, it became known that as president he was secretly vaccinated against Covid-19, along with his wife and brother.

This revelation was part of the scandal known as “vaccinate” in which dozens of politicians and their families were immunized before the most vulnerable population in Peru against the disease.

With AP, EFE and local media

'Avatar' beat 'Avengers': it is again the highest grossing, after re-opening in China

Could Spain’s restaurant industry be the answer to its refugee crisis? – Olive Press News Spain