The Pentagon: The last US soldier withdrew from Afghanistan 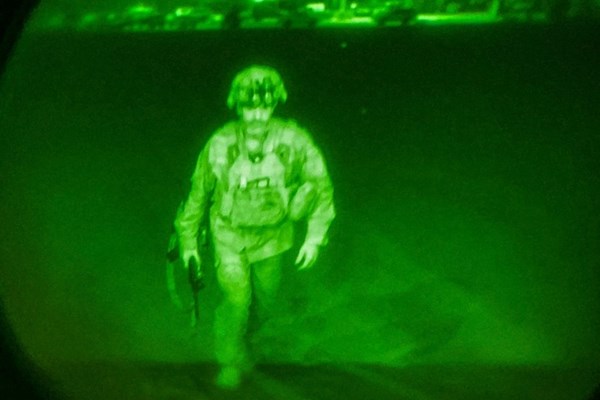 The US military has shared a photo of the last US soldier leaving Kabul, at the end of a 20-year war in Afghanistan.
Major General Chris Donahue, commander of the 82nd Airborne Division, is shown boarding the plane late Monday outside Kabul’s Hamid Karzai Airport in a night vision camera image.

The US Central Command commented in a tweet on Twitter: “The last American soldier to leave Afghanistan.”
The final withdrawal of US forces from Kabul airport was completed on Monday.
The last US military plane took off a minute before midnight on Monday, local time, from the Afghan capital.

There were more than 100,000 international forces deployed in the country at times.
The United States recorded the largest losses among all the countries that sent troops there, as more than 2,460 American soldiers died during the country’s longest war.

Tragedy of Mottarone: two young people reported for having violated the seals