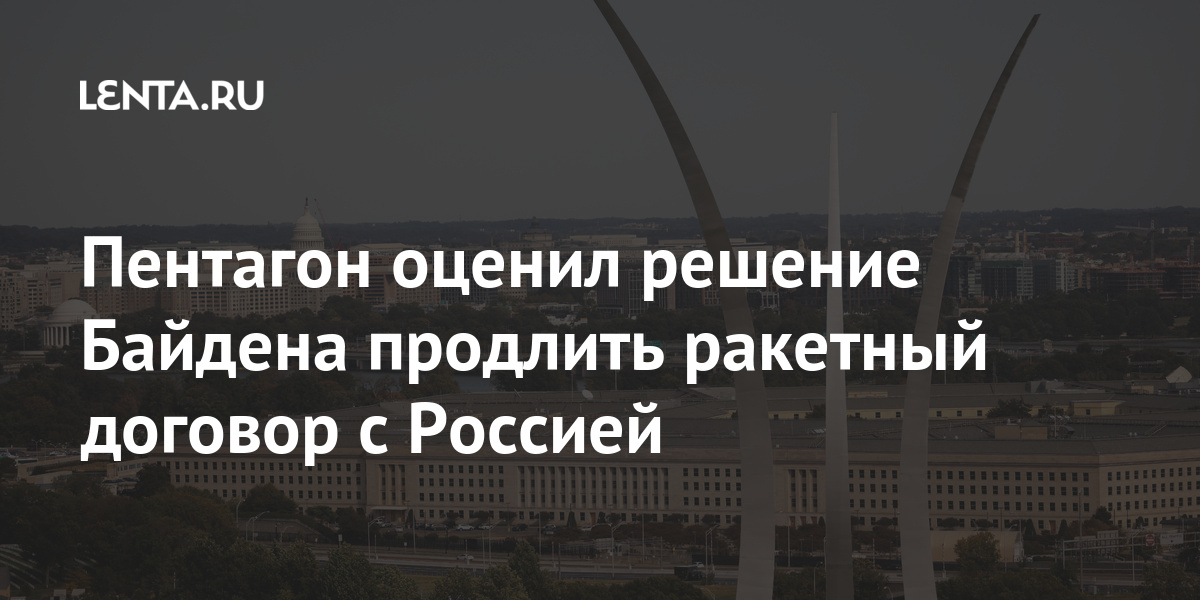 Russia’s compliance with this treaty has served our national interests well, and Americans will be much safer if START III is maintained and extended.

Kirby added that “if START III is not extended soon, it will weaken America’s understanding of Russian long-range nuclear forces.”

Extending the treaty to 2026 will provide time and space for Russia and the US to explore new verifiable arms control agreements “that could further reduce the risk to Americans,” he said.

This was stated by the press secretary of the presidential administration Jen Psaki. “I can confirm that the US intends to strive to extend the START Treaty by five years,” she said.

Psaki added that the agreement is in the national security interests of the United States. According to her, at present “relations with Russia are in serious confrontation,” and the extension of the treaty is most important during this period.

Biden’s intentions to extend START-3 were announced by the candidate for the post of Secretary of State Anthony Blinken on January 20. He said that the deadline on the issue of extending the missile treaty will come very soon, with this issue the president’s team will come to lawmakers almost immediately after the politician takes office.

In addition to extending START III, Joe Biden canceled several decrees of his predecessor, Donald Trump, immediately after taking office. In particular, he decided to cancel the US withdrawal from the World Health Organization and return the country to the Paris climate agreement. He also signed a decree to suspend the construction of the wall on the border with Mexico and lifted the entry ban for citizens of a number of Muslim countries.

During Trump’s presidency, the United States declared that they were not interested in extending START. In particular, Marshall Billingsley, the president’s special envoy for arms control, called the missile treaty between Washington and Moscow a bad deal and explained that it was because of this that the START Treaty “passed with difficulty in the Senate.”

The head of the international committee of the Federation Council, Konstantin Kosachev, indicated that he welcomes the plans of the new administration in case “if this position is not accompanied by any additional conditions and if the current text is extended.” According to him, even if the agreement is formalized “only diplomatically”, until ratification it can be applied on a temporary basis.

Prior to this, Mikhail Ulyanov, Russia’s permanent representative to international organizations in Vienna, noted that the new administration’s readiness to deal with issues of extending the agreement is a positive signal. He added that Moscow welcomes the move.

The Strategic Arms Reduction Treaty was signed by the presidents of Russia and the United States, Dmitry Medvedev and Barack Obama. The agreement entered into force in 2011. It can be extended for five years by agreement of the parties. START-3 replaced START-1, which expired in December 2009.

The agreement provides for the reduction of deployed nuclear warheads to 1,550 units. At the same time, the number of intercontinental ballistic missiles, submarine ballistic missiles and heavy bombers, according to the document, is reduced to 700 units.

Food industry. Who crunches the CAP?

Gold is heading lower on the rise of the dollar

In Wuhan, WHO confirms natural origin of virus, but many questions remain about pandemic