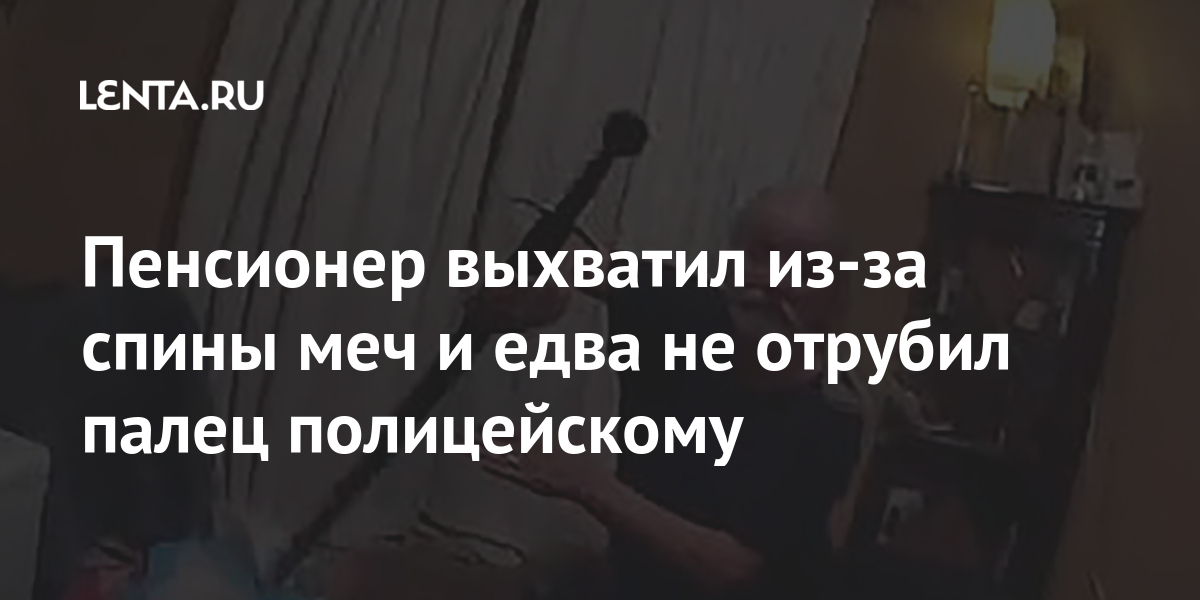 In London, a sentence was passed on a pensioner who attacked a policeman with a sword and nearly chopped off his finger. This is reported by the Daily Mail.

Why thousands of witches and druids gathered near Stonehenge

The incident occurred on November 30, 2020, when police arrived at the 62-year-old Anthony Browne after complaining about his violent behavior. Suddenly, the elderly man grabbed a sword from behind and lunged at them.

As a result, one of the policemen suffered a fracture of the bones of the hand. In addition, the sword partially cut off his finger. Brown was arrested and charged with assault and willful infliction of grievous bodily harm. On Friday, April 16, he was sentenced to prison for seven years and four months.

In 2016, it was reported that the granddaughter of the British queen, Princess Beatrice, accidentally wounded musician Ed Sheeran with a sword. The blade ripped through his cheek a couple of centimeters from his eye.