The pediatrician named the most dangerous parts in children’s toys 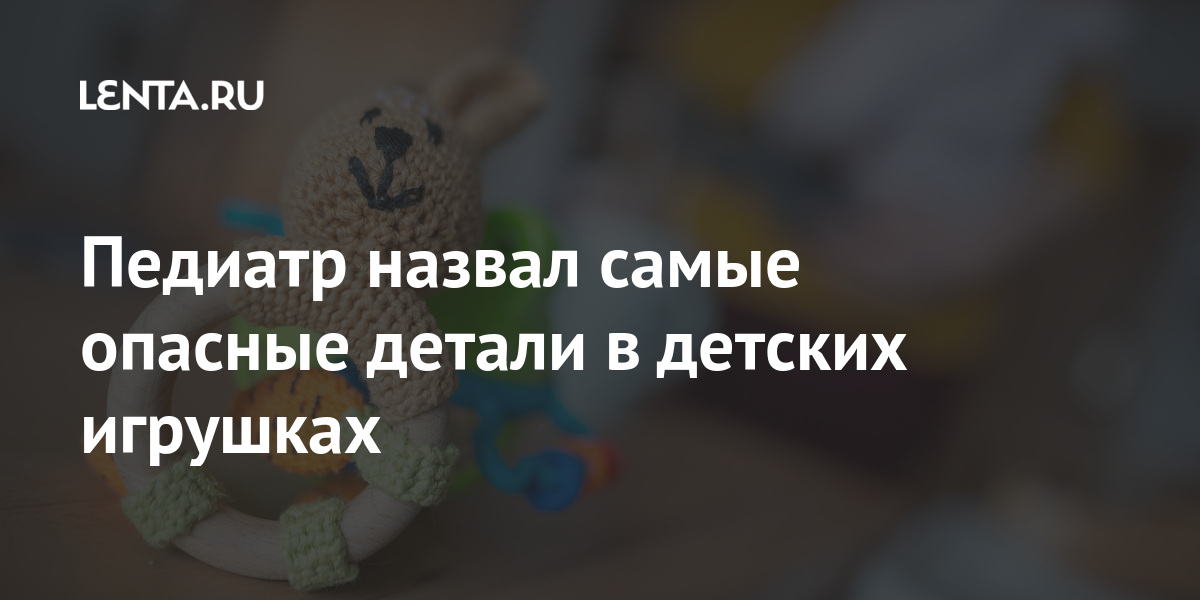 Ismail Osmanov, chief freelance pediatrician of the Moscow Healthcare Department, named the most dangerous parts in children’s toys. It is reported by RIA News…

According to him, all toys that contain small parts or magnetic balls are unsafe for a child. So, when magnetic balls enter the body, they can “find” each other, which leads to intestinal perforation, with the development of inflammation, peritonitis. The specialist noted that the gel balls are also very dangerous, since if they get inside, they begin to swell and grow hundreds of times. He stressed that this causes intestinal obstruction and often requires urgent surgery.

In addition, the doctor said that children often swallow household items, such as key chains or magnetic fitness bracelets. Therefore, he advises parents to always look after the child, wherever he is in the house.

Earlier, the chief physician of the Bashlyaeva Children’s Clinical Hospital named after Bashlyaeva DZM named ways to preserve the health of the child. According to him, it should be customary in the family to engage in physical education, walk in the fresh air, and also eat right. Osmanov added that the leading role in helping the child to get sick less often belongs not to the school, but to the parents.

Democracy is only built with democracy