The Patria System, a new structure of social control in Venezuela 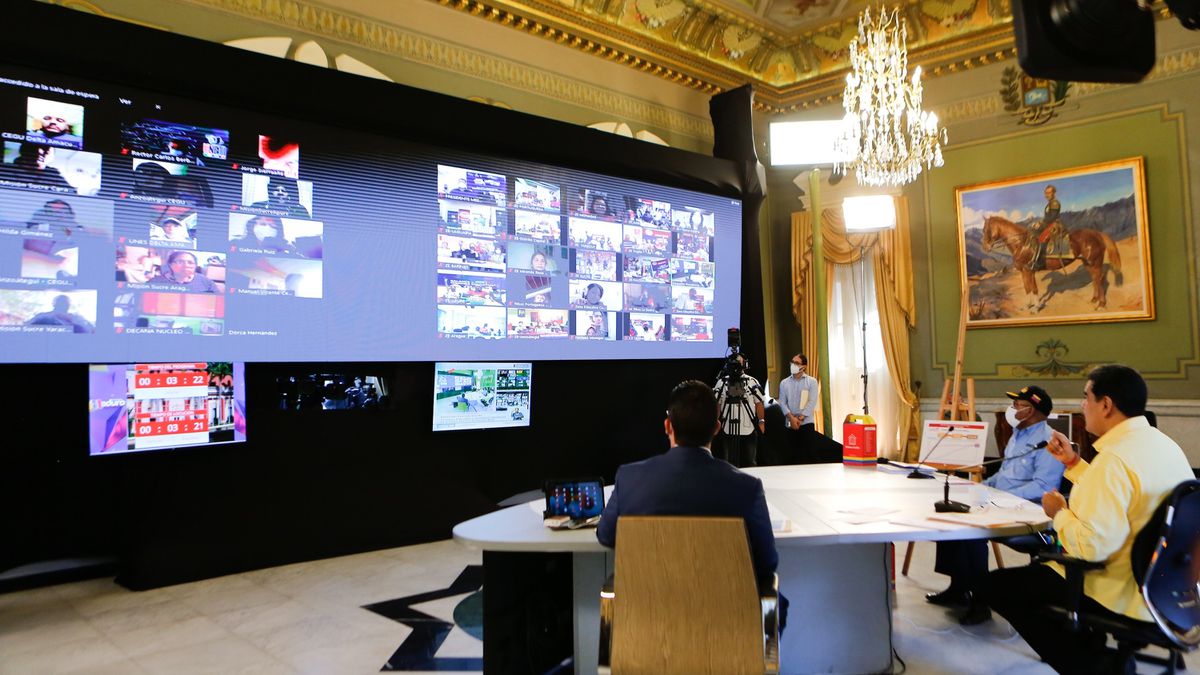 Days ago, a text message reached the phones of some of the pensioners enrolled in the Sistema Patria, a platform created four years ago by Nicolás Maduro to distribute money. This time it does not announce the arrival of a new contribution, but that the beneficiary has been selected in a lottery to receive a vaccine against covid-19. Under an awning on the main avenue of Las Mercedes, a business area in eastern Caracas, close to each other, 500 elderly people were waiting their turn to receive the Sputnik V injection on April 9. The day was in charge of the legislative chamber of that jurisdiction, controlled by the ruling party. All, the organizers assured, were summoned through that unexpected text message.

This is how randomly the vaccination of the elderly, the population most vulnerable to the virus, has begun in Venezuela, while the country is going through the second, and more severe, wave of infections. With few doses available due to the delays of the Government to access the Covax mechanism and having only in sight the Cuban prototype Abdala that Maduro announced that he would produce in the country, alarms have been triggered about the exclusive use of this platform to distribute the few vaccines that have arrived in the country. Chavismo has in the Patria System a lever for political and social control, measuring loyalty in elections and managing the shortage in a country that has lost 70% of its GDP in the last seven years and in which 94% of the population lives in poverty.

Uncertainty surrounds vaccination as well as the Sistema Patria, a digital platform associated with the national card that Maduro aspires to turn into the new identity card. Chavismo has been adding subscribers to this database with the carrot of the bonds, which also operate under the principle of chance. Some receive them, some don’t, and no one knows exactly what the logic of the assignments is.

The Government claims to have more than 18 million Venezuelans registered in the Patria System, of the almost 28 million in the country. Almost all of the pensioners are there. In Venezuela there are about 4.5 million people over 60 years of age and entitled to a pension. But a percentage that can be around 10%, says Convite, an NGO that distributes humanitarian aid for this population, is out because it does not have a cell phone or mobile coverage, a requirement to be on the platform, or because they did not want to process the so-called card Of the homeland.

“One cannot be against the fact that vaccination has finally started, albeit with a delay important. But by using the Patria System as a mechanism, you leave out those who do not have a telephone, a computer or are in areas without coverage or who simply did not want to register, ”says Luis Cabezas, director of Convite.

Different sectors of civil society – epidemiologists, doctors, academies, NGOs, human rights activists and opponents of Maduro – have criticized the conditioning of vaccination to this registry, which does not include all Venezuelans. Rafael Uzcátegui, director of the NGO Provea, has indicated that the World Health Organization should ensure that vaccination is transparent and non-discriminatory. “Not even in the cruelest dictatorships there is discrimination in accessing a vaccine,” said opposition leader Juan Guaidó.

Vaccination of medical personnel has also presented delays and opacity. The same week that the older adults selected by the Sistema Patria were vaccinated, the police evicted doctors who were waiting to receive the immunization at the Vargas Hospital in Caracas. The same situation was repeated this week in La Guaira. The Government has not presented a national vaccination plan, which makes it possible to know when each group will be called or how progress is being made based on technical and epidemiological criteria. Venezuela has one of the highest rates of deaths of health personnel: 468 died from covid in the last year.

The discrimination of the Sistema Patria is most evident when it comes to wages. Pensioners who are off the platform only receive 1,800,000 bolivars per month in their bank accounts, equivalent to half a dollar. Those who are registered receive an additional bonus of 3 million bolivars – the “bonus against the economic war” -, with which they can reach a little more than 2 dollars a month.

Beatriz Sambrano, 71, has decided to stay out. “I have never wanted to register, because it seems to me that it is a coercion mechanism. They ask you a number of questions and I don’t know what they will do with that information. A few years ago, when they stopped by my job registering people, they told me that if I didn’t do it, I wasn’t going to eat, ”says the engineer, who worked all her life for the public sector and survives on the remittances sent to her by relatives. His brother Cesar, on the other hand, did register, but has had trouble receiving the bonuses. There are people who have denounced the theft of identities in the system, that their user is blocked or that the monetary allocation does not arrive or stops arriving. Those who have problems with the system usually have to go to PSUV militants “to scan the card” or “check the identification number”, with the idea that this is how the subsidies will begin to flow.

The Sistema Patria is a virtual, headless entity that many Venezuelans depend on to eat. With this platform, Chavismo has been able to build a database with socioeconomic information on the beneficiary population of social programs. He has also used it to conduct surveys and detect suspected cases of covid-19. A phrase from the late former president Hugo Chávez greets users on the platform’s main page. Once inside, he is questioned about whether he wants to participate in the Peoples’ Bicentennial Congress, an activity of the United Socialist Party of Venezuela.

In addition to pensioners, almost all public sector workers are registered. In this way, they randomly receive the bonuses that the Government gives, weekly or monthly, which often double or triple their salaries.

The platform was used in December 2019 to pay a Christmas bonus to the entire public sector in petros – the cryptocurrency created by Maduro – that many could not spend due to conversion failures through a cumbersome virtual wallet that is not accepted in all shops. The Government has also dragged private sector workers to join the Patria System when it offered compensation to companies after the currency reconversion of 2018 and the Covid-19 crisis in 2020. It also added those who want to pay for gasoline at subsidized prices. The platform also has a special registry for “tweeters from the homeland”, where salaries are paid for positioning labels and propaganda in favor of the regime.

In March, control reached the universities, schools and all public organizations, which now collect their salaries through the Patria System. During the payment of the first half of March, there were complaints from university teachers and professors who received less than their share. “This implies greater control and centralization in a matter as sensitive as the salary of workers,” explains economist Aaron Olmos. “And it increases the possibilities of failures, mistakes and errors, since the Patria System is an entity without a visible face, which opens the doors to discretionary management.”

5 minutes with ... - Jesús Núñez: "For Vladimir Putin, the sanctions by the United States are bearable"

A woman got pregnant while pregnant: siblings conceived three weeks apart were born