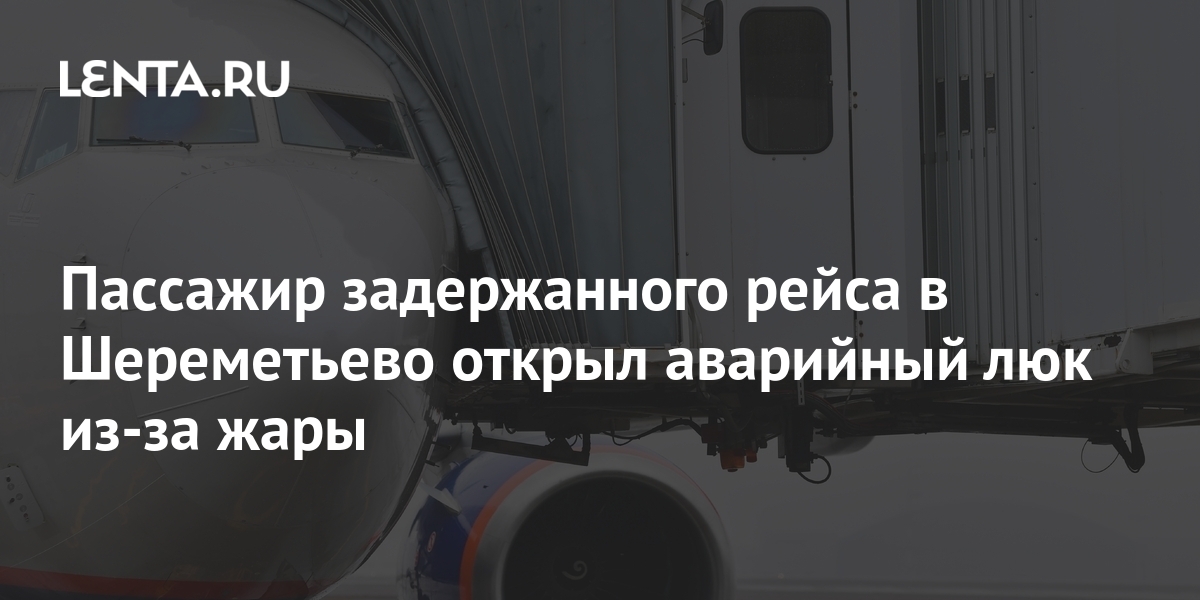 At Sheremetyevo, a passenger on the Moscow-Antalya flight opened the plane’s emergency exit hatch due to the heat in the cabin. Mash writes about this in his Telegram-channel.

It is noted that the flight was delayed by two hours, and the air conditioning system in the plane did not work – some of the passengers fainted due to stuffiness.

The man, tired of waiting, went to the emergency exit and opened it. The system has released an inflatable ladder. As a result, the airline had to postpone the departure time and replace the plane.

The punishment for the passenger who opened the hatch is not reported.