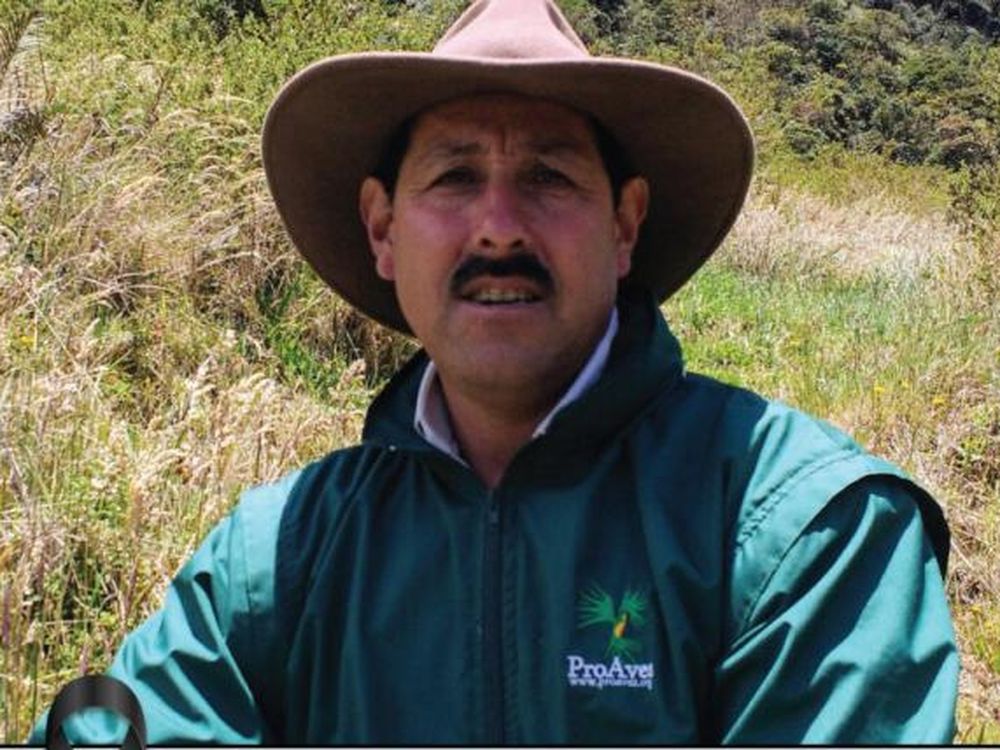 The first time that Gonzalo Cardona counted how many yellow-eared parrots there were in Roncesvalles, in the central mountain range of Colombia, the calculation gave him 81. They were becoming extinct. They had to be saved and prevented from disappearing, as happened in Ecuador, the neighboring country that could not keep them. It was 1998 and Gonzalo, a peasant who barely knew how to read, but who taught any researcher who came to the area. Cardona dedicated himself to protecting the species from that first census and became famous in his town for being the guardian of the yellow ear. “He had a natural intelligence,” says Alex Cortes, conservation director for the ProAves foundation, where Gonzalo worked as coordinator of the Andean Parrot Reserve. He talks about his partner a day after his body was found with two bullets in the chest.

The last time Gonzalo counted the yellow-eared was last December: 2,895 he wrote down in his notebook. His name is the first on the list of environmentalists killed in 2021 in Colombia, the country in the world where there are more violent deaths of defenders of nature, according to the organization Global Witness. The latest report indicates 64 victims in one year.

There are no culprits because little is investigated, but where they found Gonzalo’s body, on the road that leads from a small town, Barragán, to his own, Roncesvalles, everyone knows that after six in the afternoon no one can appear. There are armed men who are uncomfortable with someone else being around, listening or seeing something. Cortes recalls that once, while following the parrots, they had pointed out a number of species on a sheet and where they were going: “25 to the west.” The army detained them and accused them of being guerrilla infiltrators. “They asked how well, who were those 25?” They did not believe – or did those who did not believe – that in a livestock area there could be people whose priority was to protect the environment.

“In this country it seems that we are all enemies. That’s how they see us who are in the territory “, reflects Cortes and lists the murders of the past year:” 300 social leaders, more than 60 guerrillas who signed the peace, 64 environmentalists. “

In Roncescalles, the scenes lived in 2000 when about 200 FARC men seized the municipality and murdered 14 people are still not forgotten. The armed groups have not left and there is no confidence in the army. “No one here is a witness to anything. People are afraid, ”he says. He says that the army had been camping in the area and one day before the leader’s disappearance, he had moved from the area.

Gonzalo was reported missing on January 8, when he returned to his town after a few days of rest. He was riding a motorcycle on a trail that he had traveled many times. The foundation to which he belonged and other associations published his photo in local media warning of his disappearance. Four days later, the environmentalist’s family received a call in which they indicated to the wife the place where the body had been left. “Look no further,” they told the woman. The body was found in a hole, with two shots in the chest, covered with sticks and earth.

“We have no hope that the crime will be cleared up or that justice will be served. No government has been interested in investigating. The only thing we hope is that they do not continue to kill us, but it is difficult to believe it when some murders are justified and the president refers to the massacres as collective homicides ”. Last year the UN documented 66 in 18 regions of the country.

Regarding the murder of Gonzalo Cardona, President Iván Duque made no mention. Those who knew his work say that thanks to his example there will be those who follow in his footsteps and continue to protect the yellow-eared parrot, but the defenders will be, as they have always been, to their fate. With no one to take care of them and under a government that is not moved by their deaths.

To know the most important news of Climate and Environment of EL PAÍS, sign up here to our newsletter weekly.