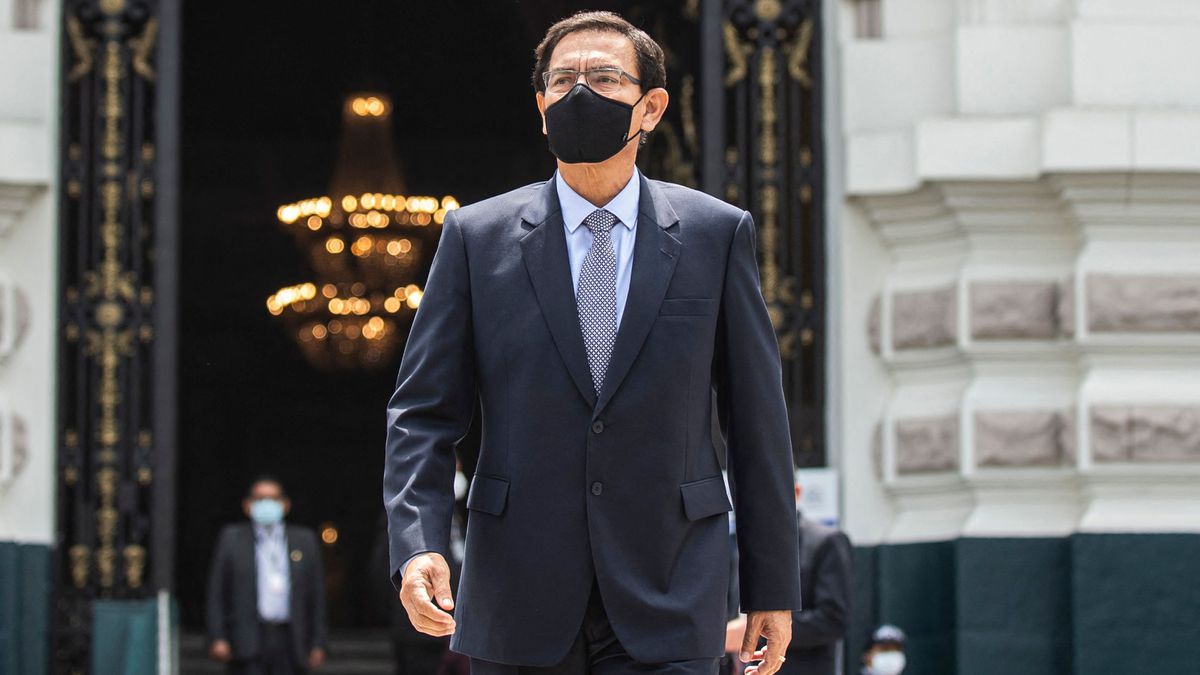 The Parliament of Peru, with 86 votes without abstentions or votes against, has disqualified former President Martín Vizcarra from public service for ten years, for having violated several articles of the Constitution by having been vaccinated irregularly in October. The ex-president was vaccinated with doses of Sinopharm, which were sent by the pharmacist for “personnel related” to the clinical trial carried out by two universities in Lima. At the request of the then head of state, the lead investigator of the trial ordered the immunization of Vizcarra’s wife and older brother. They were part of some 400 people vaccinated irregularly between October and January. The scandal called Get vaccinated It exploded in February and Congress accelerated the investigation of this case to prevent the politician from accessing his seat at the end of July. Vizcarra, in the last elections, was the most voted candidate for the Legislative with more than 165,000 votes.

The Congress that disqualifies Vizcarra is the same that in November caused a serious political crisis by approving the dismissal of Vizcarra for “permanent moral incapacity” because the Prosecutor’s Office was investigating him for allegedly receiving bribes when he was regional governor of Moquegua between 2013 and 2014.

According to the prosecutor Germán Juárez, who is investigating the case called Construction Club, Vizcarra improperly received more than $ 821,000 from two construction companies that won construction concessions from the Moquegua regional government. The Congress that approved the “vacancy” was chaired by Manuel Merino, who assumed the position on an interim basis. The changes in power sparked six days of massive protests across the country. The police brutally repressed the demonstrations in Lima, causing hundreds of injuries and two young people dead. Merino resigned after the deaths and Francisco Sagasti took over as the new transitional president.

During the debate in the plenary session of Congress on Friday afternoon, the parliamentarian Merino was one of those who argued for the disqualification of the virtual elected congressman. “Those 105 brave congressmen who made a historic decision to vacate in November Vizcarra was reaffirmed and (the disqualification) is a vindication of this power of the State ”, he affirmed.

Vizcarra has presented a precautionary measure to justice against the decision of Congress because he considers that it did not respect due process. On Friday, his lawyer Fernando Ugaz told the press that he could not attend the plenary session to defend his sponsor because he had to attend tax proceedings.

“We have already presented an appeal for amparo before the Judiciary and a measure before the Inter-American Court of Human Rights and we have no doubt that this situation will be reversed. This Congress is delegitimized, it acts in terms of revenge of a political nature, “the former president told the press after hearing the Congress vote.

The Legislature also approved the disqualification from public service for eight years of the former Minister of Health, Pilar Mazzetti, who was vaccinated in the same irregular context as Vizcarra. In addition, former Foreign Minister Elizabeth Astete, also immunized outside the Sinopharm clinical trial and when she had not started the vaccination process in Peru, was disqualified from public administration for a year.

The congressmen highlighted in the plenary debate the serious situation faced by the majority of Peruvians from the coronavirus, without the possibility of accessing intensive care beds or oxygen. In Peru, more than 152,000 people have died during the pandemic, and in the first and second waves, it is the country in the world with the most deaths per million people. In addition, it was one of the last South American countries to conclude contracts for the purchase of vaccines: although in December the then Minister Mazzetti announced a first purchase from Pfizer, the negotiation fell, and it signed the first contract with the Chinese Sinopharm.

Fires An old deserted villa burned down on Kruunuvuorenranta