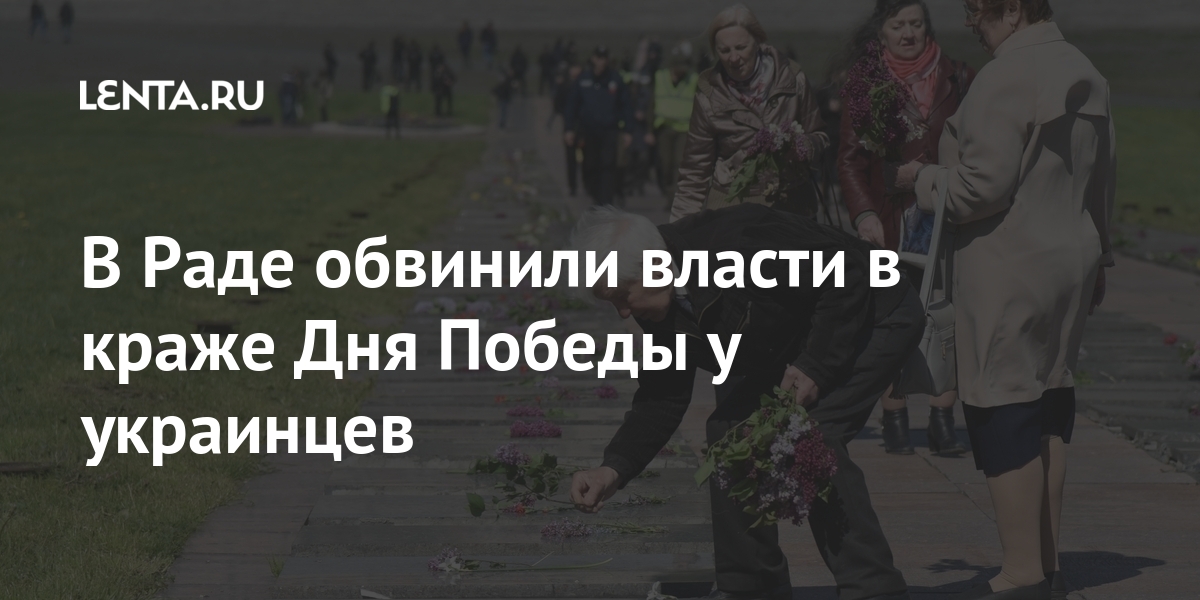 The deputy of the Verkhovna Rada from the pro-presidential faction “Servant of the People” Maxim Buzhansky accused the authorities of stealing Victory Day from the Ukrainians. He expressed this opinion on the air of the Nash TV channel.

According to him, in Ukraine there is still a public holiday Victory Day on May 9. “In order to steal it, they are trying to sell you the so-called Day of Remembrance and Reconciliation on May 8,” the deputy said, noting that “this is a fake date”.

“State policy in this historical issue is a fake,” Buzhansky said. According to the politician, Ukrainians have no one to reconcile with on May 8.

Earlier, Ukrainian deputies from the Opposition Platform – For Life party held the Immortal Regiment rally during a meeting of the Verkhovna Rada. The parliamentarians brought to the stands portraits of their relatives and military leaders during the Great Patriotic War. They said that Ukraine should not forget the real heroes.

In Ukraine, the main events on the occasion of the end of the war at the state level are held not on May 9, but on the 8th – on the Day of Remembrance and Reconciliation, established in March 2015. Thus, the main festive events are held in a European manner.

Martín Soria criticized the Court's ruling: 'It is a political decision that pushes the institutional functioning to the limit'

Koeman said “what a character” to the fourth official

Cielo Torres: “It would be nice for women to come together to do something powerful”