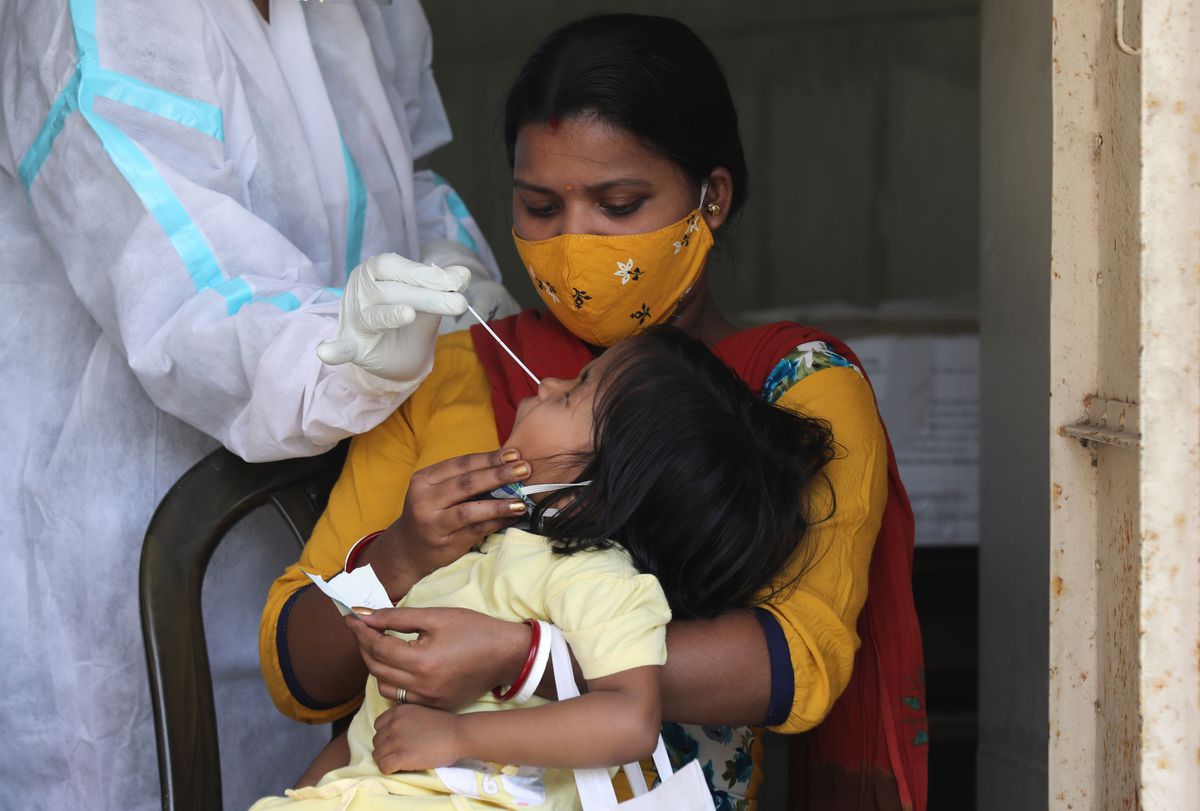 When many countries look for ways to reopen borders and revive tourism, the coronavirus pandemic rebounds in several Asian countries, which in some cases experience daily records of infections almost a year and a half after the first infections occurred. This is the case of Thailand, one of the Southeast Asian nations affected by covid-19 and, above all, India: it has surpassed Brazil as the second country in the world with the most infections since the pandemic began, only surpassed by States. United. South Asia is becoming the new global epicenter of the pandemic.

India leads the number of new global daily infections, assuming one in four registered each day in the world (273,810 this Monday, bringing the total number to more than 15 million infections and 178,769 deaths). Although the total figure is enormous, it must be taken into account that it is a country of almost 1,400 million inhabitants, so that, proportionally, the country has a sixth of the cases per 100,000 inhabitants than Spain. The danger is precisely its large number of people who are susceptible to becoming infected with a precarious health system. Given the worsening of the situation and the saturation of the hospitals, the authorities have decreed the closure of the country’s capital, New Delhi, starting at 10:00 p.m. on Monday, local time, and until April 26, the chief announced. Defense of the capital, Arvind Kejriwal.

South Asia, warns the International Federation of the Red Cross, is increasingly suffering the effect of the pandemic, due to a “more infectious” wave – with variants from the United Kingdom and South Africa – that is overloading its health systems. India is not the only country in the area affected. Bangladesh, for example, registers up to 50% more deaths per day than in the previous peak in the country, in June 2020. Cases in Pakistan are also increasing, presenting the highest death rate since the pandemic began.

The situation is no more promising in the southeast of the continent. Thailand, highly dependent on tourism and already outlining plans to reopen some of its most popular enclaves – such as the island of Phuket – is mired in a new wave of infections. Since April 1, the country, the first to register COVID-19 cases after China in early 2020, has gone from 26 infections to a total of almost 1,800, following an outbreak that emerged in leisure venues in the capital, Bangkok. The infections, also associated with the British strain, have spread to more than 70 provinces in the country, which has put in place new protection measures and delayed the reopening of tourism. Among the agreed policies, schools have been closed, meetings of more than 50 people are prohibited and the sale of alcoholic beverages in restaurants has been banned from Sunday and for at least two weeks.

The rapid spread of cases in neighboring Cambodia has brought the country to the “brink of death,” as its prime minister, Hun Sen, dramatically warned as he announced the first closure of its capital, Phnom Penh, since it began. the pandemic. Diagnoses in Cambodia, which had been relatively safe – in part because of weaknesses in its screening programs – began to rebound in February, when an outbreak emerged in a community of Chinese immigrants. The Southeast Asian countries most affected to date, Indonesia and the Philippines, are not quite able to bend the curve either and maintain a high rate of infections.

The prosperous nations of the north of the continent also fight their own battles. While China, the point of origin of the pandemic, continues to register hardly any infections (11 in the last 24 hours, all imported), this is not the case in other countries. In Japan, which is finalizing preparations for the Summer Olympics, cases continue to rebound in some areas; the governor of Tokyo, Yuriko Koike, is considering asking the central government to declare a new state of emergency in the metropolis, after the previous one ended in March. The Osaka prefecture is also pursuing the implementation of semi-confinement measures in the face of the failure to stop contagion.

The slow progress in vaccinations on the continent, where some of the countries that most effectively fought the first attacks of the pandemic are located, is partly responsible for the current situation. Due to supply problems, greater complacency of the authorities in supposedly safe countries to start vaccinations – months later than in Europe or the US – and the reluctance of the population, inoculations do not progress at the expected rate. In South Korea, where it was planned to inject around a million people a day, only 27,000 have been vaccinated in the first three months of the program. In Japan, not even 1% of the citizens (1.3 million) have received the vaccine, in contrast to the United States, which with around three times the population has completed the doses of about 25% of its inhabitants (about 83 million).

While the poorest countries have supply and logistics problems, the richest countries often face reluctance from the population to receive the drug. Distrust is especially notorious in Hong Kong, largely due to the crisis of authority in the face of growing interference by Beijing in the autonomous region. The rejection of CoronaVac, produced by the Chinese firm Sinovac, and a stop in the supply of the Pfizer-BioNTech prototype due to packaging problems, have slowed down vaccination plans. The former British colony expanded its inoculation program to the 16-29-year-old population last week to increase immunizations.

Although prosperous Singapore started vaccinations in December earlier than the rest of the region, the pace is also slower than expected. The plan of its prime minister, Lee Hsien Loong, to take it easy due to the “less pressure” in the city-state – with hardly any infections for months – to “explain, persuade and assure the population” about the benefits of The injections make it difficult to plan to reopen the borders in a region that has been practically isolated from the outside for more than a year. While rich countries are still expected to achieve herd immunity by the end of the year, the situation in the poorest is much more uncertain.

The fate of Munich, Bilbao and Dublin to host Euro 2020 is determined April 23

What Xbox to buy? We analyze the options according to the needs