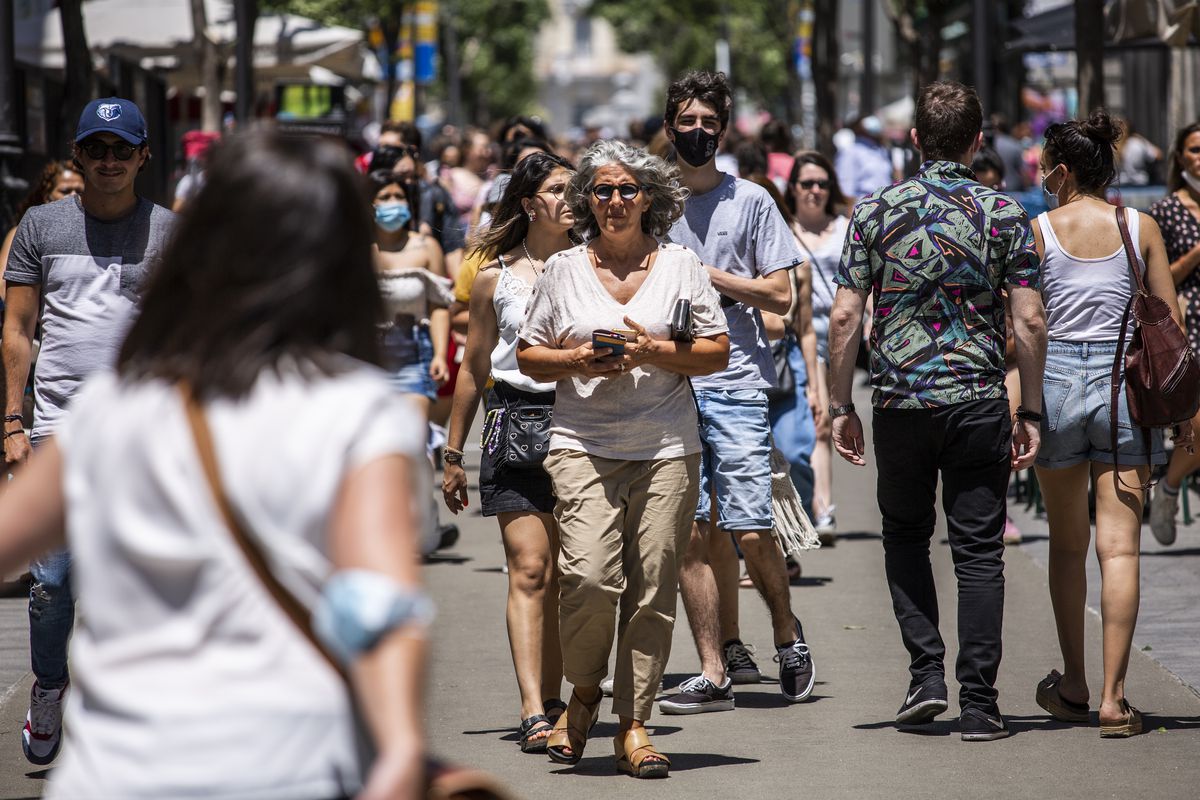 Uncertainty and anxiety cause people to seek simple, also simplistic, explanations for complex phenomena, such as economic crises. Or the covid pandemic, which has disrupted the lives of half the world. This phenomenon has caused a significant proportion of Spanish citizens to embrace some conspiratorial ideas, as observed in the latest study of social perception of scientific aspects of covid-19. Josep Lobera, scientific director of the survey, explained it this way during the presentation of the work: “Now we are more conspiratorial in general because we need it. Because when you lose control over your life, you need alternative responses. “

Why don’t we change our minds even if they prove us wrong?

On the study is observed that there is a “significant percentage” of people who trust some conspiracy theories. For example, one in four Spaniards (25%) believes “firmly” that there are “secret organizations that greatly influence political decisions”, compared to 17% who firmly believe otherwise. Furthermore, and despite outreach efforts, almost a third of the Spanish population (31%) is totally convinced that masks are bad for their health (only 16% strongly disagree). Taken into the field of vaccination, there are 14% of Spaniards who are absolutely sure that pharmaceutical companies hide the dangers of vaccines and 11% are convinced that they are misleading about their effectiveness.

“Now we are more conspiracy in general because we need it. Because when you lose control over your life, you have a need for alternative answers “

This mentality, explains the study, is linked above all to the existence of previous conspiratorial beliefs about vaccines, but also to distrust in political institutions, and the fact of having experienced difficulties due to the measures to contain the pandemic . Lobera attributes this phenomenon to motivated thinking, the psychological mechanism that leads us to seek information that helps us justify our ideas.

“Rather than weighing information openly, we selectively attend, criticize, and recall information, in a way that reinforces our previous conclusions,” the report explains. And this is clearly influenced by personal experience during the pandemic. “Groups most affected by the measures against the coronavirus, who see their way of life or values ​​endangered to a greater extent, will tend to activate motivated reasoning mechanisms to a greater extent,” the document reads. Or as Lobera summarized: “The life we ​​have conditions what we believe.” In this sense, the informative context has also been decisive, since 6 out of 10 Spaniards have received messages, through the media or networks, that encouraged them not to get vaccinated.

The study presented today is the third wave of this survey, which began last summer with the intention of knowing how the Spanish citizens were perceiving the science associated with the pandemic, which would allow to act accordingly. From the first interviews, a very general suspicion began to be perceived towards the vaccines that were being developed in the laboratories at that time. Thus, in summer, up to a third of the Spaniards who would flatly refuse to be vaccinated against the covid were counted and another third with important doubts. Now, in this latest wave, 83% have already been vaccinated or will do so as soon as possible and the “radical reluctants” do not reach 4%. Data for this wave was collected during the first three weeks of May.

Vaccines are trusted in Spain

The shift from suspicion to massive acceptance has been due to three fundamental milestones, according to this study: the approval of vaccines by health and medical authorities, the start of a vaccination campaign, “with the dissemination of images of people from all ages and health personnel receiving the vaccine ”, and the appearance of new threats, in the form of more contagious variants and new waves, which force us to remain vigilant. Currently, among those who refuse to be vaccinated, there is a high percentage, about a third, who do not want to get a specific vaccine. In this sense, the director of the Carlos III Health Institute, Raquel Yotti, acknowledged in the presentation that they have learned that the way of communicating risks must be changed, alluding to the crisis caused by the effects derived from the AstraZeneca vaccine. “Communicating the risks must be more complex than simply saying that vaccines are safe.”

But there is a Spanish factor that has especially helped, as Lobera, a sociology professor at the Autonomous University of Madrid, explains: “In other countries, the turnaround has not been so strong. That foundation that we trust in the public health system has played in our favor ”. “We live on that accumulated income of previous confidence in childhood vaccines, but it was also influenced to see that vaccination works well in other countries, that outbreaks and deaths in nursing homes are drastically reduced,” adds the researcher. However, Lobera warns that this volatility of confidence should function as a “warning sign” that it is not advisable to relax and “do not claim victory before time”, in case the variants influence vaccination or the vaccination must be renewed. with new doses.

This perception of risk is also important with regard to preventive behavior against covid, such as the use of masks or distancing yourself from other people. This provision has suffered “some relaxation” between January and May, acknowledges Lobera. Along with the perception of risk, the factors most associated with this compliance are the costs associated with these measures, the conspiratorial mentality, institutional trust and the behavior of the immediate social environment, which is the most important. “What they do in a person’s social environment is decisive. We are social beings and in a family gathering, for example, we don’t want to be the discordant element, ”explains Lobera.