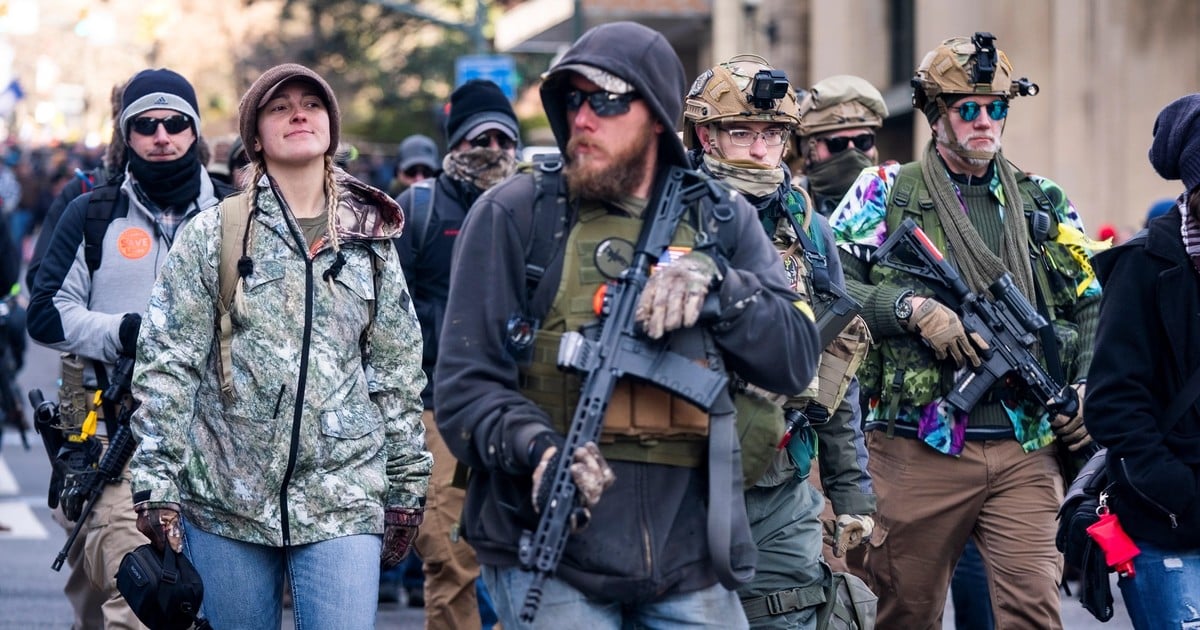 Two pandemics have coincided in the United States for some time. The coronavirus is down, to the level of March 2020 after the impact of vaccines, but that of weapons grows due to the contagious effect of shootings.

The state of West Virginia has had the recurring idea of ​​combining the two crises within the same package offer.

“You can win something that will be phenomenal”Announced Republican Governor Jim Justice.

Ways to incentivize The vaccinations are very varied, for all tastes as in the raffles, from a million dollars in the lottery to various gifts.

Between June 20 and August 4, West Virginia residents who receive at least one dose will participate in a raffle that includes a train of products –school scholarships, weekend outings, vehicles–, including hunting rifles and pistols.

Gunpowder attracts a lot in this country. There is an armed passion. A study by the General Social Survey, a public opinion poll carried out by a center at the University of Chicago, indicates that 39% of American homes have weapons. This figure was 32% in 2016.

When about half of the houses are an arsenal, the news that occurred Tuesday in Volusia County, Florida, is surprising, but not so surprising.

A 14-year-old girl and a 12-year-old boy agreed At a foreign home, they found weapons – pistols and an AK-47 style rifle – that they used to open fire on the police officers, Sheriff Mike Chitwood explained at a press conference.

The shots came from that residence. Half an hour of skirmish. The girl, leaving the garage, faced the uniformed men. He was hit in the abdomen and arm. This Thursday she was hospitalized in stable condition. The boy surrendered, unharmed.

“I do not know what to say. ¿What have we done maHow about two boys to shoot the security forces? Chitwood wondered.

In America you can build your own rifle with a 3-D printer at home.

Police deploymentAlways according to this version, it was produced by calls that someone was breaking windows and entering houses.

Arms sales have risen sustained in recent decades, before any presidential election or after one of so many mass killings. The appetite has increased, however, with the pandemic, the social unrest over the death of George Floyd and the coup outburst that arose at the risk of Trump’s defeat. The figures are higher today than ever.

In March of last year, requests to the FBI for a criminal record for the purchase of weapons marked his record. In just one week there were a million applications, a ceiling that had not been reached since 1998. But the acquisitions have continued and This spring it has reached 1,200,000 requests for background information.

Another phenomenon that was found in 2020 has been confirmed and even accelerated in 2021. In addition to the fact that more weapons are bought, many of which are made with a pistol (the most sought after) or a shotgun. are people who had never had one and that now they have decided to arm themselves.

A study from Northeastern University and Harvard, revealed by The New York Times, indicates that 6.5% of American adults, which is equivalent to 17 million citizens, bought weapons last year. This percentage was 5.3% in 2019.

Of those buyers, one in five were first timers. In this group, half were women, a fifth black and the other half Hispanic, a factor that breaks the stereotype that white men are interested in guns.

This increase in trade made Texas the 20th state to pass legislation that no permit required to carry a concealed weapon down the street.

This coincides with a time of repeated mass shootings., many featuring the AR-15, a civilian version of the semi-automatic war rifle. Nine dead, plus the gunman, in some railway warehouses in San José; Also in California, a firefighter was killed and another wounded by the gunshots of a colleague; and in Florida, there were two dead and 21 injured at a concert.

Gun violence is normal. This is the only way to understand changing vaccines for rifles.