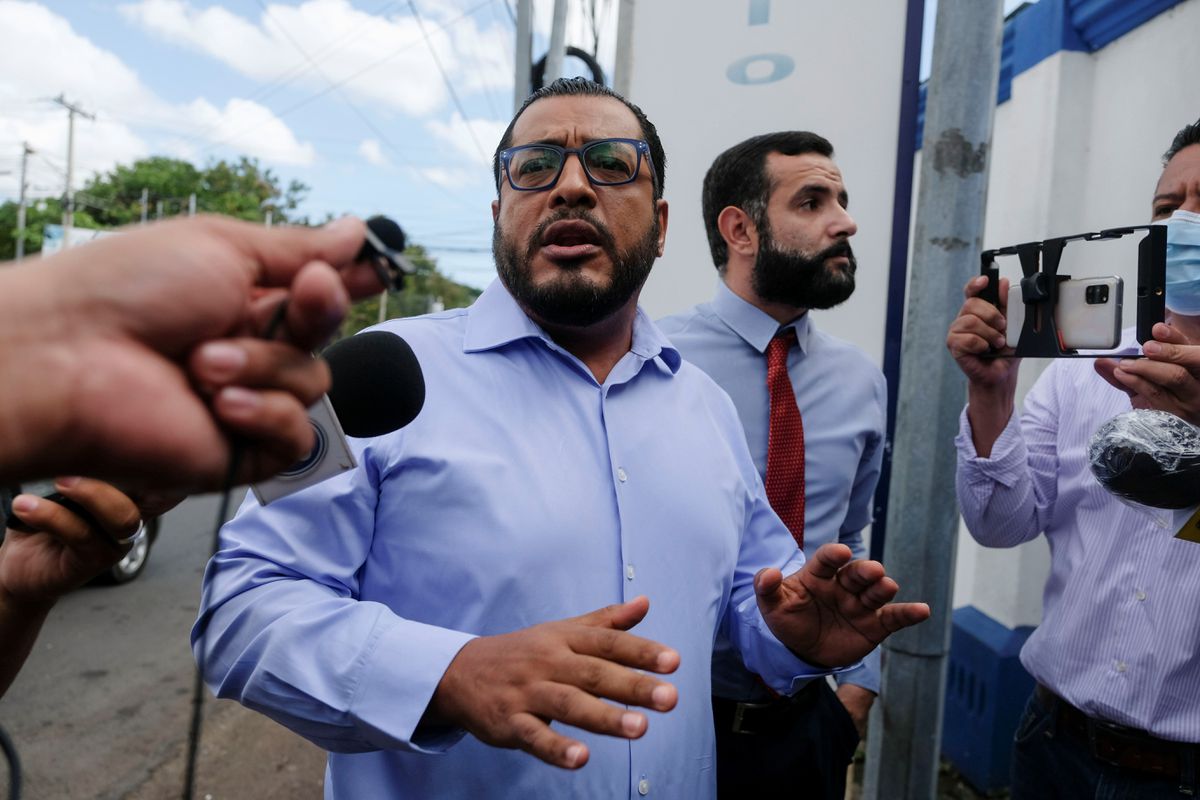 The Nicaraguan authorities have arrested this Tuesday the third opposition candidate for the presidency of Nicaragua. Five months before the elections and with the arrests of Cristiana Chamorro, Arturo Cruz, and now Félix Maradiaga, the regime paves the way for a new reelection of Daniel Ortega, in power since 2007. The opposition politician was arrested this Tuesday under the accusation of “inciting foreign interference in internal affairs,” according to the authorities.

Maradiaga, an academic and activist, was arrested after appearing at the Prosecutor’s Office, where they confirmed that an investigation had been opened. The opponent thus became the third candidate for the presidency to have been investigated and detained in recent days. Cristiana Chamorro, daughter of former president Violeta Barrios (1990-1997), was the main opposition candidate until last June 2, the Ortega regime issued her house arrest. Chamorro does not belong to any party, but opinion polls indicated that it was the second with the most citizen support, behind the president.

The opponent is accused of money laundering through the foundation that bears her mother’s name. Arturo Cruz, who was the Ortega government’s ambassador to the United States between 2007 and 2009, was accused by the authorities of attacking Nicaraguan society and the rights of the people.

Following the news, the US State Department has once again charged Ortega, whom it has described as a “dictator.” “The arbitrary detention of presidential candidate Félix Maradiaga – the third opposition leader detained in 10 days – confirms without a doubt that Ortega is a dictator. The international community has no choice but to treat him as such, “the head of US diplomacy for the Americas, Julie Chung, posted on Twitter.

The Secretary General of the Organization of American States (OAS), Luis Almagro, has said that Nicaragua is heading for “the worst possible election” due to the lack of guarantees to hold a free, fair and transparent process.