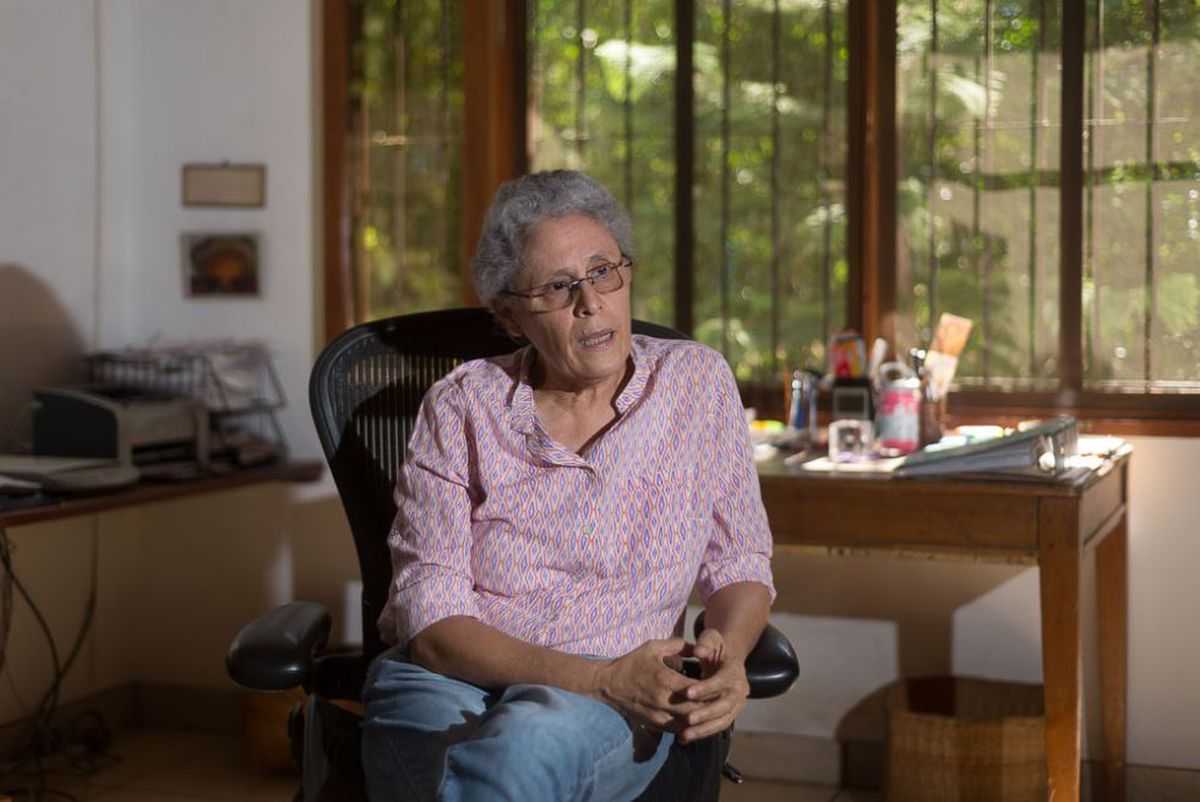 The Nicaraguan police detained the former Sandinista guerrilla Dora María Téllez this Sunday morning, a heroine of the Sandinista revolution and one of the prominent figures in the politics of the Central American country. Téllez was detained at her farm located on the outskirts of Managua, after hours of police siege. Along with her was arrested the activist Ana Vijil, a member of the Sandinista Renovation Movement (MRS) – renamed Unamos -, the group that the writer Sergio Ramírez founded in the 1990s and of which Téllez is its highest representative. The arrest was confirmed by Unamos, which has demanded respect for the integrity of Téllez and Vijil and has condemned what it classifies as “an aggression by the dictatorship against the opposition.”

Téllez joins the list of prominent members of the Nicaraguan opposition, including four candidates for the presidency, who have been arrested in recent weeks by the Ortega regime, in a new repressive wave that aims to clear the path of the president to a third consecutive reelection. Ortega returned to power in Nicaragua in 2007 and has since developed an authoritarian government, which was radicalized as of 2018, when peaceful demonstrations broke out demanding the end of his term. One of the most prominent faces of those protests was Dora María Téllez, who after her break with the Sandinista Front became a critical voice against Ortega and his authoritarian drift.

Téllez is one of the most prominent personalities of the Sandinista revolution. His courage in confronting the Somoza dictatorship – which ruled Nicaragua with a heavy hand for 47 years – is part of the mystical and epic of the Latin American revolution. At just 20 years old, he decided to abandon his medical studies to get involved in the guerrilla struggle of the then clandestine Sandinista National Liberation Front (FSLN). At the age of 22, Téllez was part of the guerrilla squad that took over the National Palace, seat of the Somoza parliament, one of the most audacious actions of the guerrillas and one of the greatest blows suffered by the dictatorship. Thanks to this action, the Sandinista Front was able to negotiate with the regime the release of several detained guerrillas, including Daniel Ortega. Named Commander Two, her heroism was immortalized by Gabriel García Márquez in his chronicle Assault on the Palace. Téllez was also the protagonist of the call final offensive against the dictatorship as head of the General Staff of the Rigoberto López Pérez Front. After the triumph of the revolution in 1979, she became Minister of Health, being the woman who held the highest position in the Sandinista power ladder.

Reintegrated to civil life, Téllez has remained active in politics as the main figure of the MRS, now Unamos. She is a prominent academic and historian, considered one of the most prominent intellectuals in Central America. His life has always been marked by his participation in the revolution. In 2005, she was invited by Harvard University to become the Robert Kennedy Visiting Professor of Latin American Studies, but the George Bush Administration denied her a visa as a “terrorist.” “The accusation made by the United States Government violates my human rights,” Téllez reacted at that time, “and I cannot help but consider it as a threat to my life, my security, integrity and tranquility.”

The arrest of Dora María Téllez comes days after important opposition figures were arrested. The police have arrested four of the presidential candidates – Cristiana Chamorro, Arturo Cruz, Félix Maradiaga, and Juan Sebastián Chamorro – and leaders of the business sector and civil society have also been arrested, including the former president of the Superior Council of Private Enterprise (COSEP) José Adán Aguerri, the activist Violeta Granera and the former minister and economist José Pallais. “Eliminating all candidacies, all opposition, is the objective of a dictatorship in agony. That is why it resorts to massive repression. Nothing has worked for him. Nothing will work for him, ”Téllez denounced on Twitter on June 8.