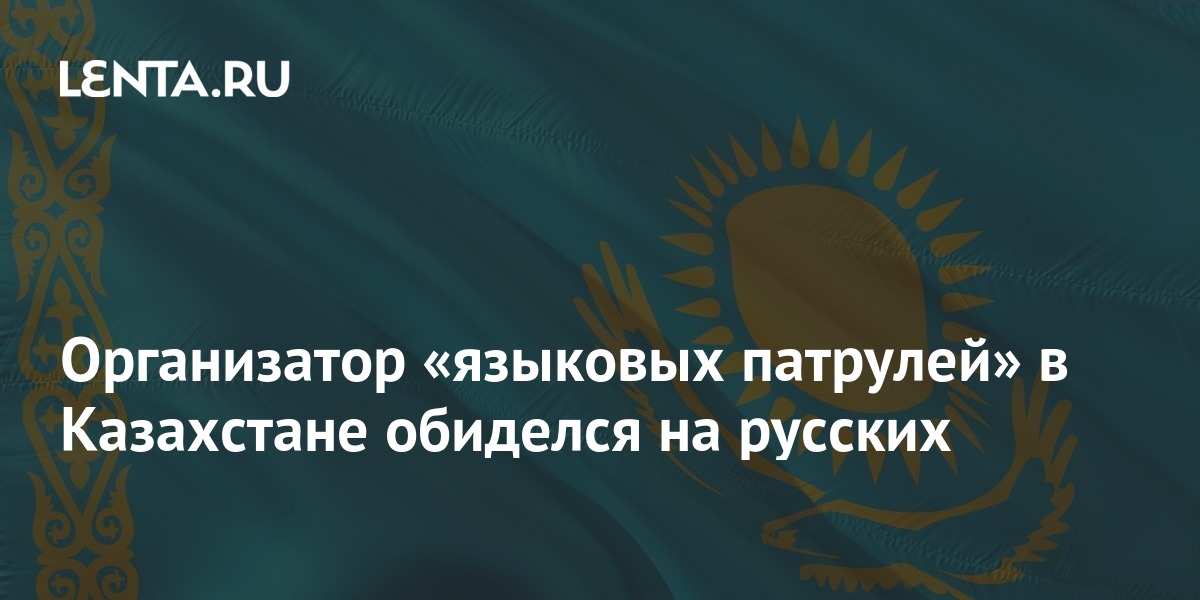 The organizer of the nationalist actions Til Maydani (“Wave of language”) and “language patrols” in Kazakhstan Kuat Akhmetov in an interview RT took offense at the Russians and accused them of arrogance. He noted that they are dismissive of his compatriots.

According to Akhmetov, Russians have “Ravshan and Dzhamshut syndrome”. “You insult Tajiks, although they are making some contribution, building houses. You come here, to Kazakhstan, and you also have such hatred – I don’t know where from, ”he said.

The organizer of the movement also explained that the “language patrols” were organized specifically to support those citizens who do not speak Russian and want to be served in the Kazakh language in their home country.

Earlier it was reported that in Kazakhstan, local nationalists are conducting checks on the use of the Kazakh language in shops and government offices. They post their raids on YouTube. They behave offensively and accuse their Russian-speaking fellow citizens of fascism, while the Russian language has the official status in Kazakhstan, which is enshrined in the Constitution.

ITALY. Land of Wonders, iOS and Android game trailer to promote Italy in the world