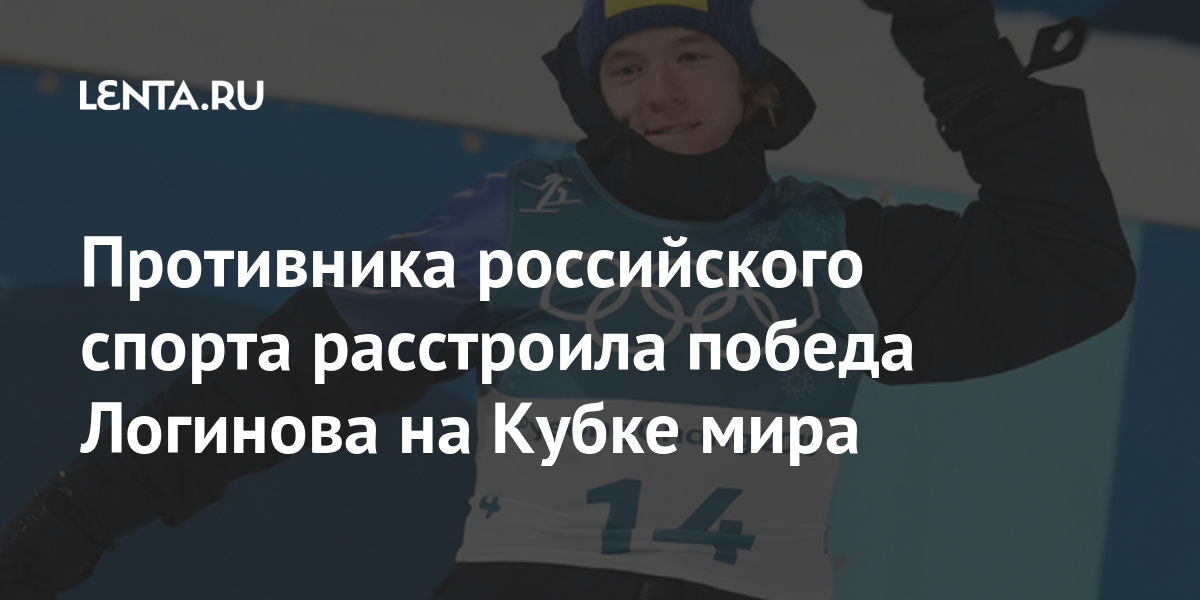 Swedish biathlete Sebastian Samuelsson, who opposes the participation of Russian athletes in international competitions, assessed the victory of Russian Alexander Loginov in the individual race at the seventh stage of the World Cup in Antholz, Italy. His words are quoted by Expressen.

The opponent of Russian sports was upset by the victory of the Russian. “He’s not my favorite. It would be better if someone else won, ”said 23-year-old Samuelsson.

On January 22, Loginov won gold in the individual race at the World Cup stage, covering a distance of 20 kilometers in 48 minutes 41.8 seconds. After the victory, the Russian began to cry. This gold medal was the first in personal races for the Russian national team in the 2020/2021 season and the first personal medal won by a Russian representative since February 2020.

Samuelsson is an opponent of Loginov’s return to sports after being suspended from November 2014 to November 2016 for using banned erythropoietin. In particular, he called the victories of the Russian a shame.

The Kremlin says there is no repression in Russia