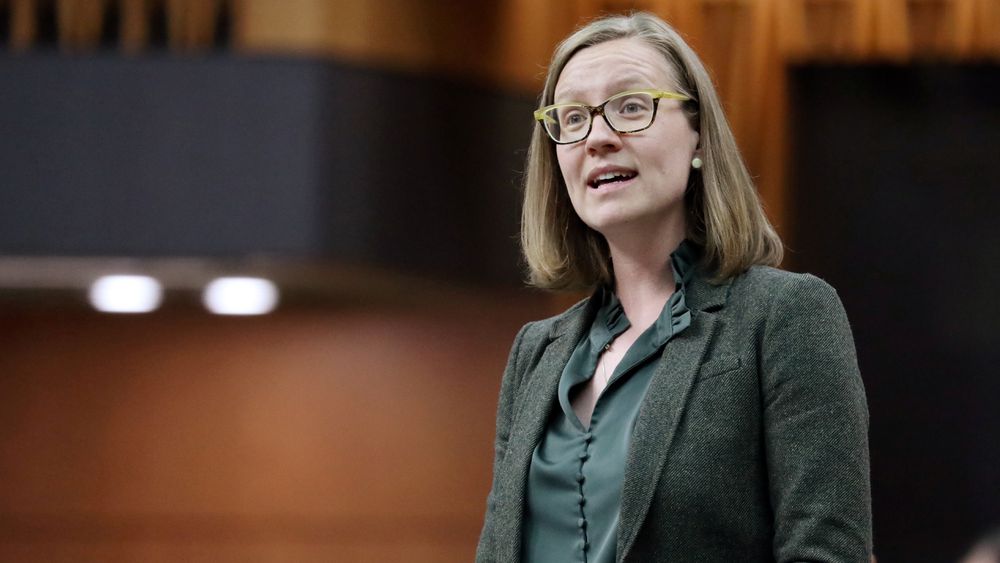 Karina gould (Burlington, Ontario, 1987) became the youngest minister in Canadian history in 2017 when she assumed the Democratic Institutions portfolio. Soon after, she was the first to have a child during her tenure. It was three years ago, on March 8. “I like to say that she was born a feminist.” Gould has been Minister of International Development since 2019, a subject that is not alien to her. Before studying Political Science at McGill University, she went to Puebla, Mexico, as a volunteer at an orphanage. In addition to the experience, during that year she learned Spanish – the language in which this interview is held – and met her husband. Just before graduating in 2010, she organized a humanitarian aid fundraiser for Haiti, which had suffered a devastating earthquake in January of that year, and just after completing her degree, she began working at the Organization of American States in Washington as consultant for the development and migration program.

His resume on the Canadian Prime Minister’s page, Justin Trudeau, highlights that Gould worked less than a year for the Mexican Trade Commission “before announcing his candidacy in the 2015 elections at the age of 28”. She was elected parliamentarian for her native Burlington, from where she travels virtually to Colombia to announce aid to the Venezuelan refugee crisis, attends journalists by video call or attends the traditional International Women’s Day breakfast in her community, but from home and with a birthday cake ready for your child.

Ask. Canada allocated 0.29% of GDP to official development assistance in 2019Do you think the country could make a greater budgetary effort?

Answer. We are still doing the 2020 calculations, but we added an extra $ 1.7 billion to respond to covid-19. I am proud because other governments are cutting off their international aid and we, this year, increased it a lot, in fact. First, to protect the programs that we are already developing, but we also increase to respond to the covid.

P. Right now you are the ninth largest donor out of the 29 countries in the OECD Development Assistance Committee. Would you like to put Canada in a better position at the end of your term?

R. Of course. Like all governments at this time, we are going through difficult financial times, but that we maintain our international aid budget is very important to me. Increase it too and I hope we can do it.

P. One of the characteristics that stands out of the Canadian cooperation is that it is feminist, what does it mean in practice?

R. It is very important to us as a government. We launched it in 2017 and it means that, since that year, Canada has been the most important donor to achieve gender equality in the world. 95% of our programs, in just four years, have a focus on gender equality. This means that we are promoting women’s rights, working with them individually, in groups, with organizations that defend their rights. We have very important programs to guarantee sexual and reproductive health rights and services, to which we committed to allocate half of our entire international health aid budget. And we also include in each international aid project, from the beginning, the voices of local women so that they are integrated into everything we do.

R. It is based on gender equality being the foundation of everything we do. We take a vision of inclusive feminism, to see what the power structures are and how we can ensure that we are not excluding marginalized groups. Obviously, to women, but not to the LGTBI community, Afro-descendant populations in the Americas or indigenous peoples. It’s about intersecting feminism. And really try to work with the local populations, that they inform us of what their needs are and how we can walk by their side to provide them with support so that they themselves can defend and exercise their rights.

P. They have recently announced that they will allocate 19.6 million euros of aid to Colombia, with a special focus on Venezuelan refugees. Why specifically address this crisis?

R. It is one of the biggest crises in the world right now. I have to acknowledge the leadership in Spain, which organized the first donor conference for this emergency. And Canada is going to celebrate the second this June. If the trends continue as they have been, at the end of the year it will be the largest migratory crisis in the world. And it does not receive as much attention as others because many of the migrants are integrating into neighboring countries of Venezuela, such as Colombia, Peru, Trinidad and others in the region. They are welcoming and welcoming them, but they are also putting pressure on health, education and social service systems in economies still affected by the pandemic. We want to support the governments that host these migrants quite generously.

P. Will this aid also have a gender perspective?

R. Yes, very big. We find that many of the families are headed by women and they go with their children in quite dangerous ways; crossing borders, they face sexual and gender-based violence. And we support that survivors of sexual violence have access to health services and psychosocial support, whatever they need to deal with the trauma they have experienced. I made a virtual visit to Colombia and spoke with civil society leaders about this issue, the violence experienced by migrant women and those who live in rural areas. By armed groups, but also domestic and intra-family that is growing due to the pandemic. Including girls. I was told horrible stories of sexual violence with girls that you never want to hear. We want to make sure that we provide protection services, access to health and justice.

P. In this sense, what is the Canadian position on abortion?

R. In Canada it is legal and as a donor country, we announced in 2016, the first year we were in government, that we were going to support with $ 650 million (432 million euros) access to sexual and reproductive health services, including abortion, as long as it is legal. But also access to post-abortion health services because we know that the mortality of women who have attempted an illegal abortion is very high. Saying that abortion is not legal does not prevent a desperate woman from looking for it. It is important to us to ensure that a woman makes the decision to undergo an interruption of pregnancy when it is legal, but when it is not, that she has access to the care she needs.

P. The great crisis of our time is the pandemic. Canada has supported the Access to COVID-19 Tools (ACT) Accelerator (the accelerator for access to tools against covid-19) with 625 million euros to date. Why have they opted for an answer through this mechanism?

R. The pandemic is a global problem that requires global solutions. The only way to end COVID is with a multilateral response. From the beginning we have supported the ACT-Accelerator and COVAX. We were the first donor to COVAX and until very recently the second largest donor, but we welcome the United States to increase its contribution and any other country that wants to increase it. We know that until everyone is safe from COVID, no one will be.

P. However, Canada is pointed out by civil society organizations as an example of a country that hoarders vaccines by having vaunted doses to immunize up to five times its population. What is your response to these statements?

R. I do not agree with this analysis. COVAX is exactly the vehicle to make sure that we are buying them for everyone and we are supporting it. At the same time, Canada has closed agreements with different producers, but that does not mean that we already have all of them in the country. We are almost at the same level of quantity as Europe, because those vaccines have to be manufactured, not that they are in Canada. Of some we have seen that, with Sanofi for example, the agreement will not advance because they stopped the vaccine. Yes, we did treaties with different producers to make sure that we will be able to buy and receive them for Canadians, but it does not mean that we have a closet full of doses that we are not using. We believe in equity of access and distribution. That is why we support COVAX.

We are very open to conversations to see how we can ensure that what we decide as a world will actually guarantee an increase in vaccine production.

P. India and South Africa are promoting in the World Trade Organization to release patents for vaccines, although it does not depend on your ministry, what is your position?

R. Foreign Trade is the ministry that deals with this issue. We are very open to conversations to see how we can ensure that what we decide as a world is really going to guarantee an increase in production. In the end, that’s what we want: increased production because we know that there are currently a limited number of vaccines.

P. What objective would you like to achieve at the end of your term?

The INE cancels the candidacy of Salgado Macedonio