The oil reserve accumulated during the pandemic was almost exhausted 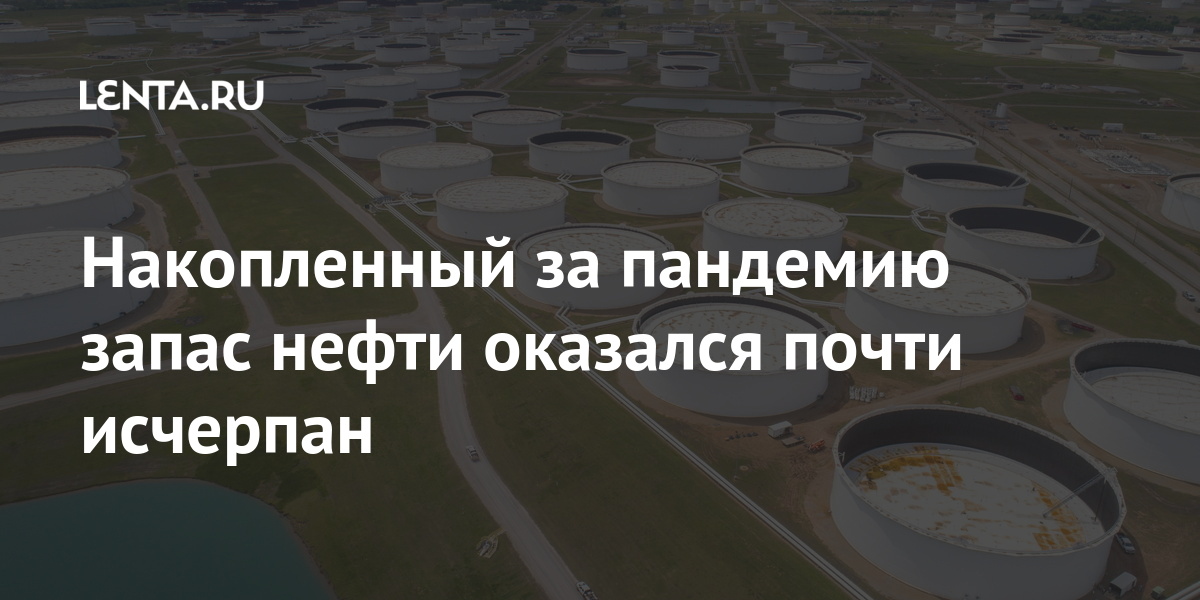 The surplus of oil reserves in world storage facilities, accumulated during the crisis caused by the coronavirus pandemic, has been almost exhausted. Bloomberg writes about it.

According to the International Energy Agency (IEA) for February, less than one fifth of the accumulated fuel remains in storage. The agency notes that stocks have declined further since then. So, in June 2020, storage facilities around the world accumulated at a peak of 249 million barrels more than the average for 2015-2019. However, in February 2021, this volume dropped to 57 million barrels.

Economists note that the new rebalancing of the world oil market and the growing demand for fuel from the recovering world economy have already led to an increase in oil prices to $ 67 per barrel, which cannot but rejoice producers, but raises concerns among a number of governments about possible inflation. At the same time, notes the head of research of the natural resources market, Ed Morse, the remnants of oil reserves accumulated during the pandemic are located mainly in China.

Citigroup predicts that, in the second half of 2021, as demand recovers, oil reserves will continue to decline by 2.2 million barrels per day, as a result of which Brent oil may rise in price to $ 74 per barrel or even higher.

Earlier, analysts predicted that the price of oil could fall to $ 10 a barrel by 2050 if the world manages to achieve the goals of the Paris Agreement and switch to electricity. According to their calculations, by the middle of the century the demand for oil could fall by 70 percent compared to the present. Moreover, it will begin to fall already in 2023, and then it will sharply accelerate. Experts believe that by 2030 the price of the benchmark Brent will drop to $ 37-42 per barrel, and in two decades the price will be $ 10 per barrel.

Aftermath of the elections in Madrid: is the night coming for Pedro Sánchez?