The octopus, the invertebrate of a thousand oddities that never ceases to amaze scientists 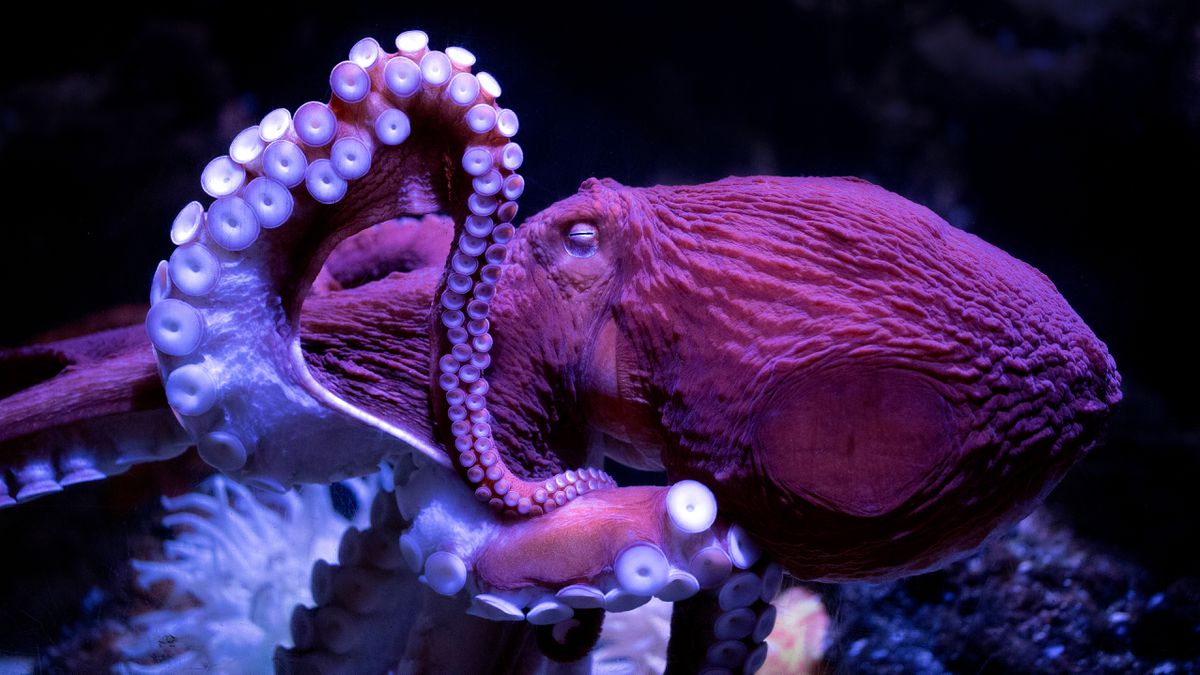 Octopuses are considered among the most intelligent animals in the fauna. They have a great capacity for learning, both socially and spatially, and are even capable of solving simple problems. In the purely physical, they have three hearts, nine brains and can change the color and texture of their skin according to the amount of ambient light that surrounds them. Now, several new studies shed more data on these curious animals. One of the most recent ensures that, as with human beings, their brain goes through different cycles while they sleep, in which they dream and change color. A second work suggests that they can savor anything that passes through its tentacles before putting it in its mouth. Ángel F. González, doctor in biology and researcher at the CSIC, summarizes: “It is a group of animals of more than 700 species that inhabit the world, with a much more advanced complexity than any other mollusk”, he summarizes.

For the first study, published in the journal iScience, a group of researchers subjected four octopuses (Octopus vulgaris) to visual stimuli during various phases in your day-to-day life. During periods of sleep, the experts differentiated two phases: light sleep and active sleep. In the second, the observed octopuses changed their skin color and texture much more frequently, in addition to moving their eyes and mantle at high speed. Something similar to what happens to humans during REM.

The polbos 🐙 have the ability to change clothing: ben to camouflage themselves, ben to be able to attack a prey or scare away a predator.

These changes in color and texture are responses of the octopuses to predators to hide from, possible prey to deceive or partners to seduce. However, Sidarta Ribeiro, one of the directors of the study, rules out that these are the reasons that led to the changes. “During the sleep phases, these stimuli did not cause these patterns, so we can deduce that the color changes were caused by brain activity independent of external stimuli,” he says.

This quality of your skin to adopt the colors of the environment collides with the ability of your eyes to capture them. A study from the University of Cambridge detected that octopuses have a single type of cones (the cells of the retina that interpret colors), which causes them to only capture a gray scale, according to González. In addition, its U-shaped pupil means that light does not enter the eye in a straight line, but at an angle, enhancing an optical distortion known as chromatic aberration. This gray scale, added to the chromatic aberration and the texture that comes through the tentacles, is the formula used by octopuses to recognize colors and adapt to the situation.

But it is not the only information they obtain with the tentacles. One of the latest reports published in the magazine Cell about these animals points out that they are capable of savor everything that passes through its legs without putting it in its mouth. In this way, the octopus is able to identify what it is grasping and if what it has caught is prey. Nicholas Bellono, lead author of the study, explains in a press release that the octopus is able to recognize if it touches a crab or a rock with its arm “not only by touch, but also by this type of taste.”

Even its genome is atypical. This genetic code is the instruction manual with which any living being is composed. Álvaro Roura, marine biologist and researcher at the Institute of Marine Sciences of Vigo (Galicia), explains that “it should be read like a book, in order and from beginning to end”. On the first chromosome (or chapter of the book) are the genes that determine where the head, limbs, and each organ goes. This information is always together, since one gene activates the next. “In octopuses, these genes are distributed over different chromosomes. That is why we believe that their arms are on their heads, the esophagus passes through the middle of the brain … ”, says Roura. This is because octopus DNA is packed with transposons, parts of the genome copied and pasted from one place to another randomly by a virus millions of years ago.

In 2018, this led a number of experts to think that octopuses must have come from outer space and have reached Earth via a comet. These researchers raised the possibility that either the viruses that caused these transposons or the cryogenic eggs arrived. “They are very good people”, Roura acknowledges about the signatories of the study, “But that a cryogenic egg survives an entry into the Earth seems to me to curl the loop.” To which he adds: “There are billions of viruses on Earth that could have caused these transposons.”

These studies will shed more light on animals that until a few years ago had gone almost unnoticed by science, but that lately are playing a much more relevant role. Even Netflix has dedicated a documentary to them on its platform (What the octopus taught me). Ángel González concludes: “It is an impressive field of research. The greatest advances that have been made in issues such as cancer treatment are related to marine organisms ”. It would not be surprising that in the short future we see new discoveries about these animals.