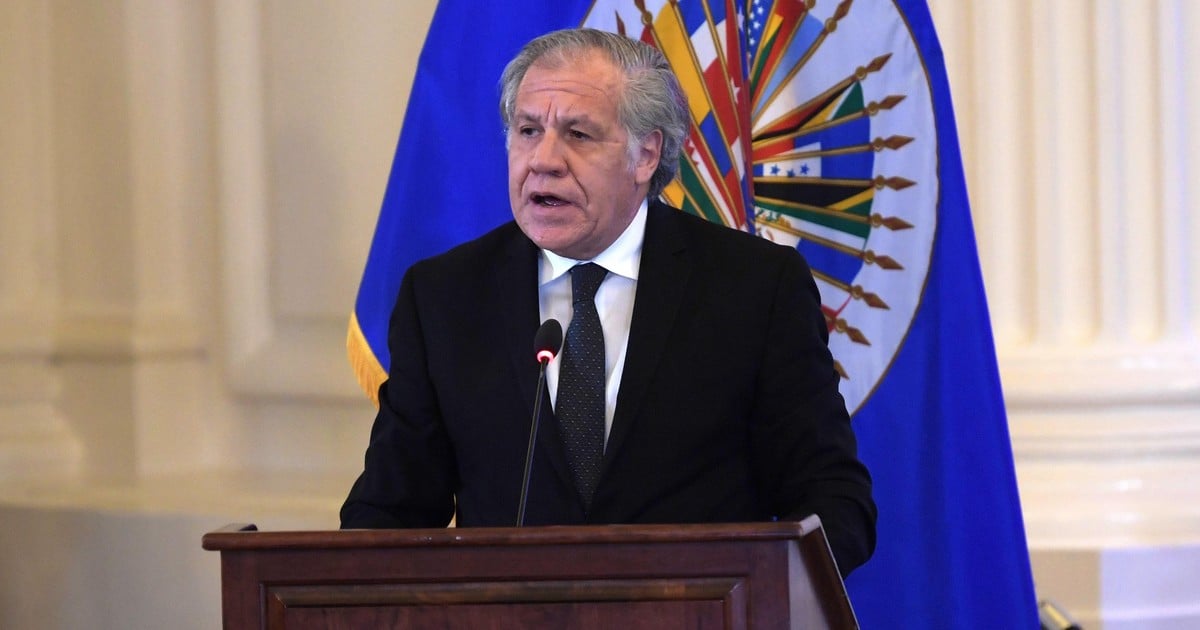 The Secretary General of the Organization of American States (OAS), Luis Almagro, expressed this Sunday his condemnation of the “dictatorial regime” of Cuba for “calling on civilians to repress” and for promoting confrontation against those who are leading the protests against the Government.

In a message on Twitter, Almagro responded to the call made by Cuban President Miguel Díaz-Canel, asking his supporters to be ready for “combat” against the thousands of protesters who took to the streets in various cities of the island to protest against the Government.

“We recognize the legitimate claim of Cuban society for medicines, food and fundamental freedoms. We condemn the Cuban dictatorial regime for calling on civilians to repress and to confront those who exercise their rights of protest“Almagro said in his message on social networks.

In contrast to what was stated by Almagro, the Argentine Government for the moment avoid taking a position on it.

“We do not have a position taken. Our position is first to know the facts closely and, secondly, to look at the issue of human rights. It is not a geopolitical issue, but an ethical one. From that perspective, let’s look at the issue before giving an opinion“said Foreign Minister Felipe Solá at night, during an interview with C5N.

Argentina will take a few hours to continue studying the panorama, more taking into account its diplomatic missteps defending the governments of Nicolás Maduro in Venezuela and Daniel Ortega in Nicaragua.

Meanwhile, this Sunday from Embassy of Cuba in Argentina, located in the Buenos Aires neighborhood of Belgrano, protesters joined the day of protests, as in many other countries in the region and the world.

Flags were seen with the legends “Free Cuba”. There were honks and shouts of “Freedom!” and “Homeland and life!”

This last expression sought to generate a counterpoint with the historical phrase of Ernesto “Che” Guevara from “Always homeland or death”, which emerges from a letter from the Argentine revolutionary guerrilla to Fidel Castro.

On the other hand, the National Security Advisor of the United States government, Jake Sullivan, warned Cuba this Sunday do not use violence against citizens who joined the protests.

“USA supports freedom of expression and assembly in Cuba, and strongly condemns any use of violence against peaceful protesters who are exercising their universal rights, “the official said on Twitter.

An unprecedented day of protests

Thousands of Cubans took to the streets this Sunday to protest against the Government shouting “Liberty!”, in an unprecedented day that resulted in hundreds of arrests and clashes after President Miguel Díaz-Canel ordered his supporters to go out to confront the protesters.

The protests, the strongest that have occurred in Cuba since the so-called “maleconazo” of August 1994, take place with the country plunged into a serious economic and health crisis, with the pandemic out of control and a severe shortage of food, medicine and other basic products, in addition to long power cuts.

In a special television appearance, Díaz-Canel urged his supporters to take to the streets ready for “combat”, in response to the spontaneous peaceful protests.

“The order of combat is given, to the streets the revolutionaries”, urged the Cuban president in said appearance.