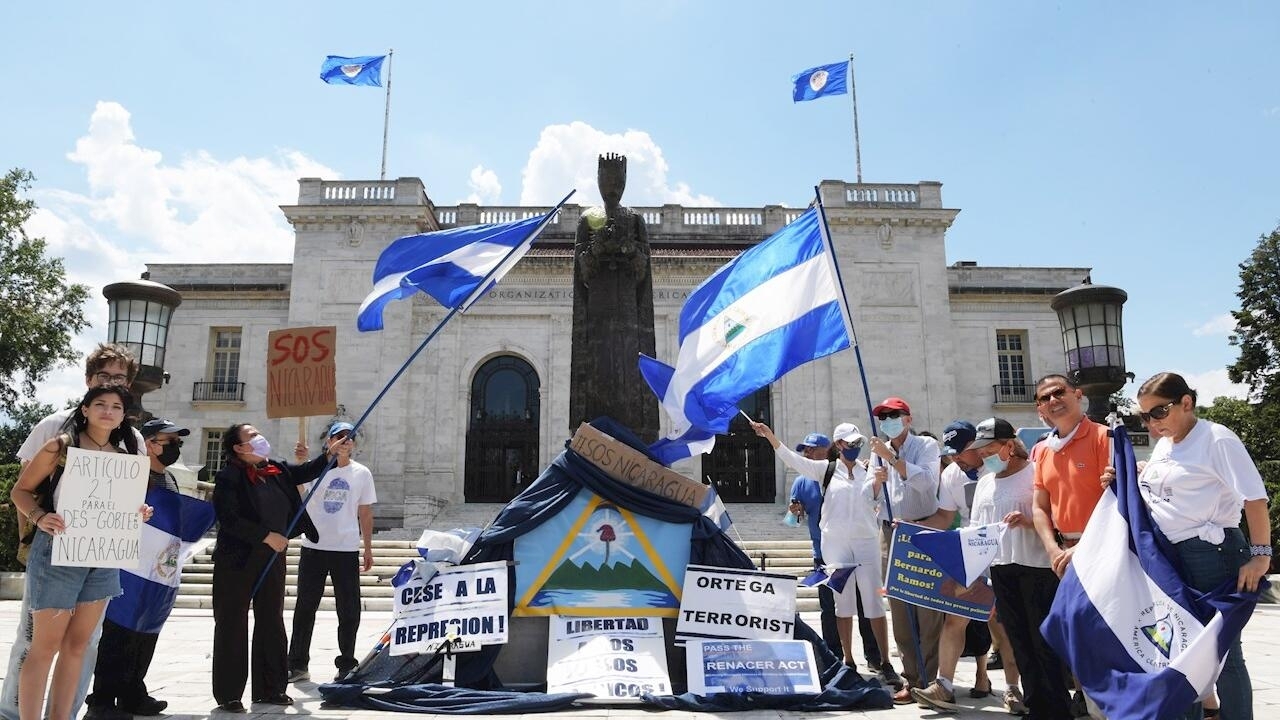 With 26 votes in favor, three against and five abstentions, the Permanent Council of the Organization of American States approved the resolution called “The Situation in Nicaragua” to demand from President Daniel Ortega “the immediate release of the presidential candidates and of all political prisoners ”.

It was 26 of the 34 active member countries of the Organization of American States (OAS) that supported this Tuesday the initiative that, in the form of a resolution, requires the Government of Nicaragua to stop with so many political arbitrariness and to the detriment of human rights .

Before the vote on the resolution called “The Situation in Nicaragua,” the OAS condemned the imprisonment of four opponents who would be running for the presidency of this country and demanded guarantees of freedom and justice for the November elections of this year.

Brazil, Chile, Costa Rica, Ecuador, the United States, Paraguay and Peru were the ones that most supported the resolution, which managed to overcome with a large majority the barrier of 18 votes that it needed to be approved.

For their part, Nicaragua, Bolivia and Saint Vincent and the Grenadines voted against, while five countries abstained from participating: Honduras, Belize, Dominica, Mexico and Argentina. Through a statement, these last two countries expressed their “concern” over the arrest of political opposition figures, although they were against intervening in the internal affairs of Nicaragua.

We welcome the resolution of the Permanent Council of the @OEA_oficial that urges the government of #Nicaragua to free political prisoners and to hold free elections.

We will continue working for the freedom and democracy of the country. My words. pic.twitter.com/V0nLFZFZrT


The road to the suspension of Nicaragua

Among the points of the resolution voted on Tuesday, the one that has the most relevance is the one that resolves to condemn “unequivocally the arrest, harassment and arbitrary restrictions” imposed on presidential candidates, political parties and the media in Nicaragua.

The OAS is equally concerned that the Ortega government has so far not implemented electoral reforms aimed at guaranteeing free and fair presidential elections on November 7. In addition, the organization asks the Central American country to allow the presence of independent electoral observers.

Nicaragua did not take long to react to the requests of the OAS, through its ambassador in that organization, Luis Alvarado, who rejected the proposal that the electoral process in Nicaragua be monitored, assuring that it is an internal matter.

“We condemn the interference practice of this discredited organization and its General Secretariat, in matters of the internal jurisdiction of Nicaragua, and that of other Member States of the Organization,” Alvarado said during the session.

The relationship between Nicaragua and the OAS is not very stable, especially since January 2019 when its secretary general, Luis Almagro, began the process to apply the Inter-American Democratic Charter to this nation, the greatest sanction that the organization can impose and that is the path to suspension of a Member State.

We condemn the sanctions imposed by the United States against the Republic of #Nicaragua 🇳🇮 and interference in the internal affairs of that sister nation.

We ratify our solidarity with the Nicaraguan people and its President Daniel Ortega. pic.twitter.com/KaPxDf8RRm


Ortega and his aspirations for a third consecutive reelection

In recent days, the world has witnessed a series of arrests of Nicaraguan politicians by the Government of Daniel Ortega. According to the authorities and the Public Ministry of Nicaragua, they have acted against the country in different ways, for which they have deserved jail.

Added to the list of opponents behind bars is Daysi Tamara Dávila Rivas, the daughter of a retired military man, as well as the leaders and critics of the Government, Violeta Granera, José Pallais and José Adán Aguerri.

The Nicaraguan authorities have unleashed the arrests under the protection of the very convenient “Law for the Defense of the Rights of the People to Independence, Sovereignty and Self-determination for Peace”, approved in December 2020.

Said legislation ensures that the so-called “Traitors to the Fatherland”, says the text, “will not be able to run for popularly elected positions”, if they have committed crimes, including altering “the constitutional order, that encourage or encourage terrorist acts, that carry out acts that undermine independence, sovereignty, and self-determination, that incite foreign interference in internal affairs, request military interventions, organize with financing from foreign powers to carry out acts of terrorism and destabilization ”, among others.

It is not uncommon then for this type of arbitrary detentions to take place, just as Ortega is seeking his third consecutive reelection.