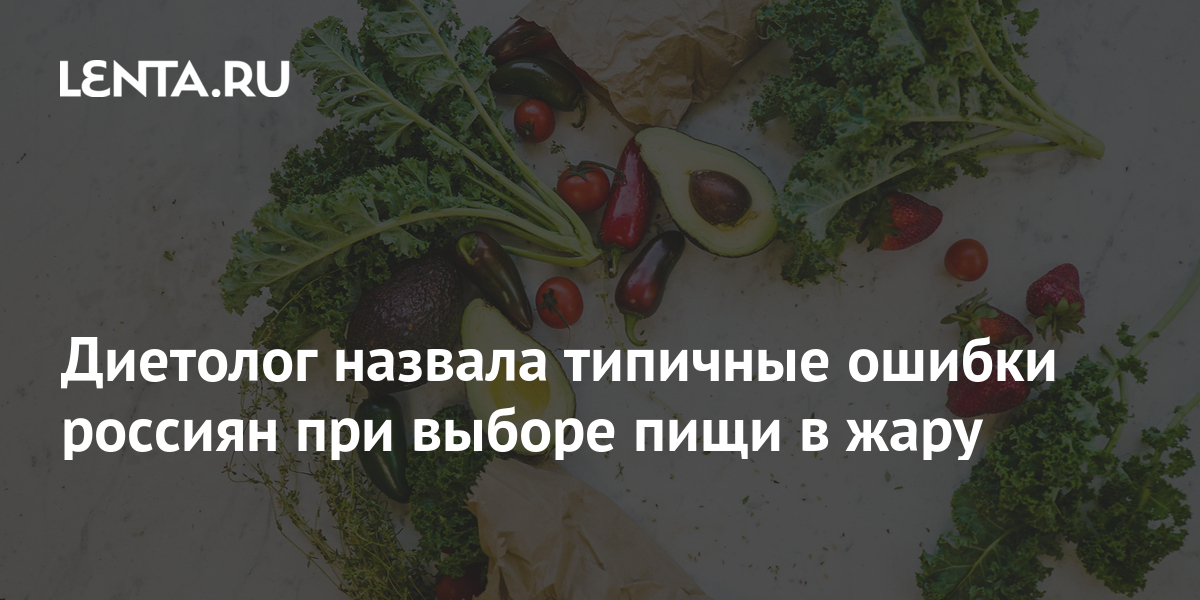 Nutritionist Elena Solomatina told what mistakes Russians make when choosing food in the heat. This was reported by the newspaper “Vzglyad”.

According to the specialist, the typical diet of Russians on a hot weekend, consisting of kebabs, barbecue and alcohol with heavy snacks, is incorrect. Digestion of heavy foods will cause your body temperature to rise, so you should choose lighter foods.

In the summer, the doctor recommends giving preference to seasonal berries, fruits and vegetables. They contain a large amount of fluid, which a person actively loses with sweat and breathing in the heat. They are also rich in antioxidants and minerals. “Vegetables, fruits, berries are best eaten fresh, you can make smoothies as you like. The main thing is not to throw away the fiber that they contain, because it protects our gastrointestinal tract, it is food for our beneficial microflora, and this is our immune system, ”she said.

Millions of people around the world die from these products. Russia decided to fight them

If you still want to eat meat in the heat, the nutritionist advises choosing lighter varieties: chicken, turkey or rabbit. You need to cook meat by stewing, boiling or steaming. It is also worth eating fish for protein as it is rich in omega-3s. However, timing your protein intake is important. According to Solomatina, it is best to plan dinner at 6-7 pm. “It’s better not to eat protein for lunch, to do with some light soups (gazpacho, beetroot). That is, choose dishes that are chilled and easy to digest, ”she said.

From okroshka, a popular summer dish, the doctor recommends removing the sausage and adding chicken or other lean meat instead. She also emphasizes that kvass, which forms the basis of okroshka, should be a fermentation product, not carbonated water.

Solomatina concluded that children in the heat should cook fruit soups – pour dried fruits with water, insist, and then add cereals. Protein can be replenished in small amounts with oil-rich seeds and nuts, as well as not forgetting enough greens in the diet.

Previously, nutritionist Marina Khorol spoke about a diet suitable in the heat. It is best to eat light food in hot weather, she said. For example, dairy products, as well as vegetables and fruits.