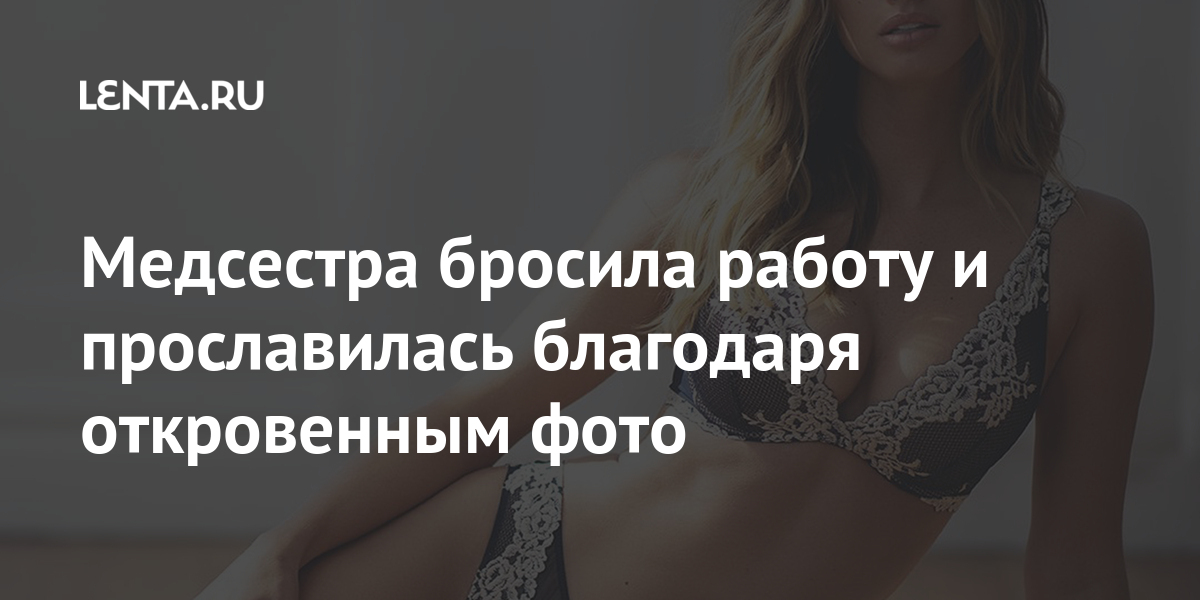 A resident of the American state of South Carolina quit her job in a hospital and became famous for her candid photos. A related story appeared in the New York Post.

According to the publication, when the coronavirus pandemic began, in March 2020, the model returned to work as a nurse, heading to New York. It is noted that in December 2021, representatives of the sports magazine Sports Illustrated contacted her and offered cooperation. Rawlins agreed and posed for the cover of the publication in a bikini, giving up her medical practice.

According to the material, 28-year-old Maggie Rawlins was in the modeling business as a teenager, but she always wanted to become a nurse, and after graduation she got a job as an assistant oncologist in South Carolina.

It is known that soon after starting work, Rawlins was contacted by a Miami-based modeling agency. “At first I thought it was a scam, but my colleague said that I had to agree. She explained that if I fail, I can always come back, “- said the American.

Ultimately, the heroine took part in many shootings, for example, she posed for the cover of Elle Croatia magazine, and also became the face of the lingerie brand Intimmissimi. In parallel with her modeling career, Rawlins was also engaged in medical activities: she collaborated with the charity One World Health and volunteered in Uganda and Nicaragua.

Earlier in March, a police officer quit her job and made a fortune selling sexually explicit photographs. 27-year-old Charlotte Rose (Charlotte Rose) quit after a year as an officer because of discomfort in the male team. After that, she became a model and started posing for lingerie magazines.

Russia Novaya Gazeta released a video with a “courier” spraying material at the entrance to a delivery: The magazine demands an investigation into a suspected chemical attack

VTB offered to combine all programs of preferential mortgage