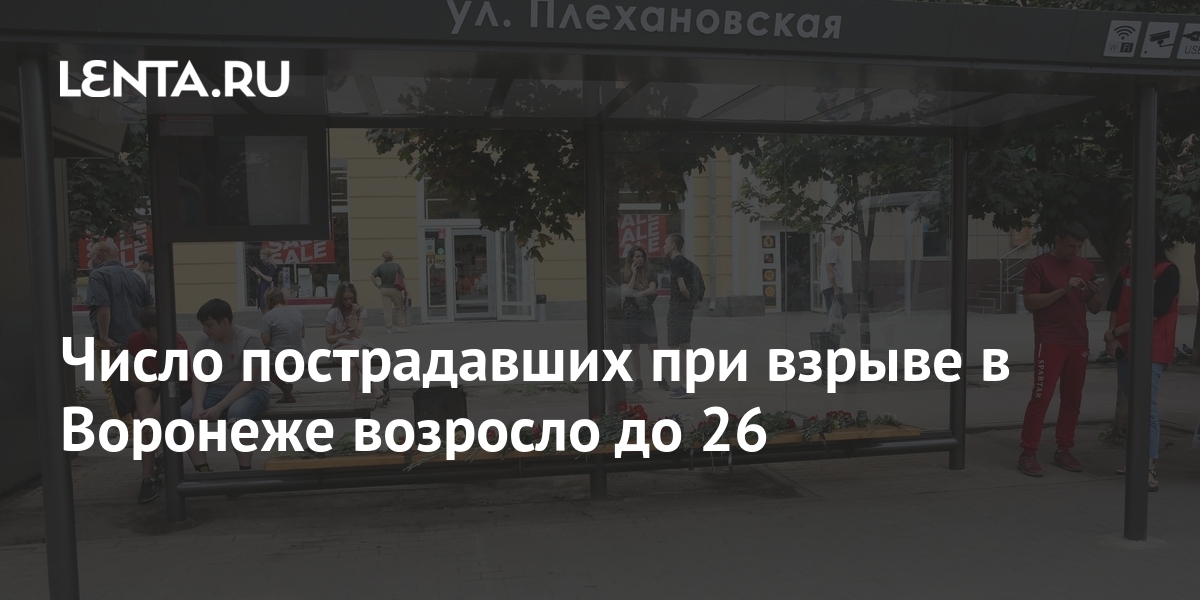 The number of victims of the bus explosion in Voronezh has increased to 26. Two citizens have died, said the governor of the city Alexander Gusev in his Telegram-channel.

Gusev said that at 21:00 on August 14, 19 people remain in Voronezh hospitals, 16 of whom are being treated at the Voronezh City Clinical Emergency Hospital No. 1 (BSMP No. 1). 12 patients are in a state of moderate severity, and four more are in a satisfactory condition.

Earlier on August 14, it became known that the number of victims of the explosion in Voronezh increased to 24.

The explosion of a PAZ passenger bus near the Chizhov gallery in Voronezh occurred on 12 August. After the incident, the head of the region, Alexander Gusev, instructed to survey urban, intercity and municipal public transport routes. Three versions of what happened are now being considered, including a terrorist attack, a malfunction of technical equipment and the transportation of explosives or a gas cylinder by one of the passengers.

Maneskin: Discredited in the United States

Hundreds of thousands on the streets: protests against stricter corona rules in France