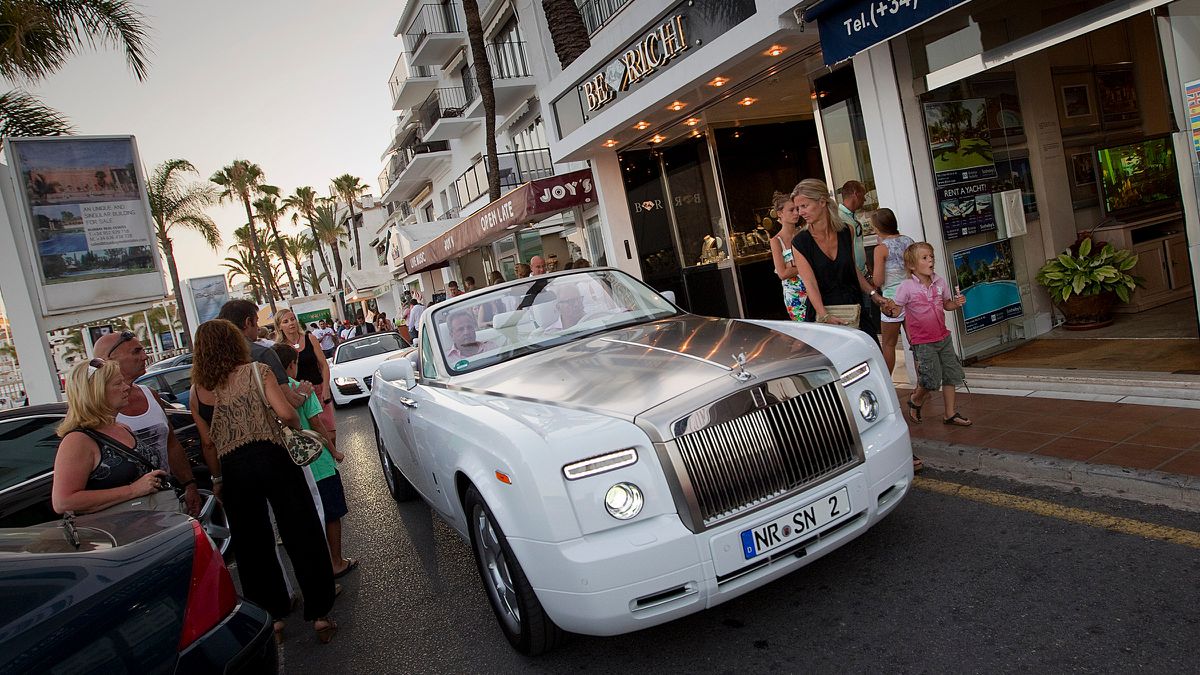 The number of super-rich peaked in 2019. Just before the pandemic hit the world economy hard, there were 701 taxpayers in Spain who declared assets of more than 30 million euros. According to the data published this Wednesday by the Tax Agency, it is a 15.3% rebound compared to the previous year, when there was a slight decrease (608 citizens, compared to 611 in 2017) due to the poor results obtained by the Ibex values, which closed with a fall close to 15%. If compared to 2011, the number of billionaires has tripled, but in 2019 about two-thirds of them were spared from paying the wealth tax: according to the statistics of the Treasury, only 240 paid the tax. Most of those who paid lived outside of Madrid, because this community is exempt from this tax.

The wealth tax is assigned to the autonomous communities, which have full regulatory competence to apply deductions or bonuses on it, and it is mandatory to declare it when a taxpayer owns property – such as real estate, shares or insurance, excluding the habitual residence up to a certain limit. for a value greater than 700,000 euros. And now it is in the eye of the hurricane. The commission of experts for tax reform created by the Ministry of Finance, and which will present its conclusions at the beginning of next year, is analyzing the possibility of harmonizing this and other taxes, such as inheritance and donations, to avoid large differences between autonomies. that generate income movements dictated only for tax reasons.

The Madrid region is the only community that currently provides a 100% discount on the tax levied on large fortunes, and several regional governments accuse it of unfair competition and of taking advantage of the capital effect to lower taxes. According to the statistics of the Tax Agency, Madrid stopped collecting 989 million in 2019 for this tribute. That is to say: the obligated taxpayers presented the return, but nothing was entered thanks to the bonus that is applied.

The statistics of the Treasury show that the joint fortune of the ultra-rich grew even more than the number of taxpayers, until it surpassed for the first time the barrier of 50,000 million (50,424 million), an increase of 21.3% compared to the previous year. The number of wealthy people with assets above six million also rose (7,199 people, compared to 6,465 the previous year) and their wealth (74,217 million, 7% more), as well as the total assets of the taxpayers, including all the tranches: stood at 730,479 million.

The highest average assets declared by residents who file the wealth tax are concentrated in Madrid. In the capital, the average wealth is 10.1 million – it has grown with respect to the 9.4 million of the previous year and is above the national average of 3.4 million – and that despite the fact that the number of filers Residents in the capital who are obliged to declare the tax, 19,090 people, is lower than that of other communities such as Catalonia (79,876) or Valencia (22,082). No other autonomy comes close to the average figures shown by Madrid: it is followed by Galicia, with an average declared patrimony of 5.9 million, and Murcia, with 3.5 million.

The bulk of the declared assets comes from movable capital (541,249 million), which represents 74% of the total. This category includes participations in mutual funds and shares. Unlike 2018, the Ibex closed 2019 in a big way, ending the year with its biggest rebound since 2013: a rise of 11.82%, despite the winds of recession that blew at the beginning of the year and international trade tensions. The second item with the most weight is real estate, whose value grew (145,123 million) although they lost some weight, going from 20.21% to 19.87%. Insurance and income accounted for 1.89% of the total.

The rebound in the number of rich people and their fortune also boosted the collection of the wealth tax, which rose 8.5% to reach its maximum in the historical series: 1,219 million. Catalonia was the region that collected the most, with 554 million, followed by the Valencian Community, whose regional treasury entered 153 million. Madrid, having reduced the tax, did not enter a euro for this concept. The 240 ultra-rich with assets above the 30 million who paid the tribute paid on average 629,176 euros to the treasury. In total, this group entered the Treasury 149 million euros in 2019, 10% more than in 2018.

Tax havens are the main destinations for Brazilian investment