The number of hypertensive patients in the world is named 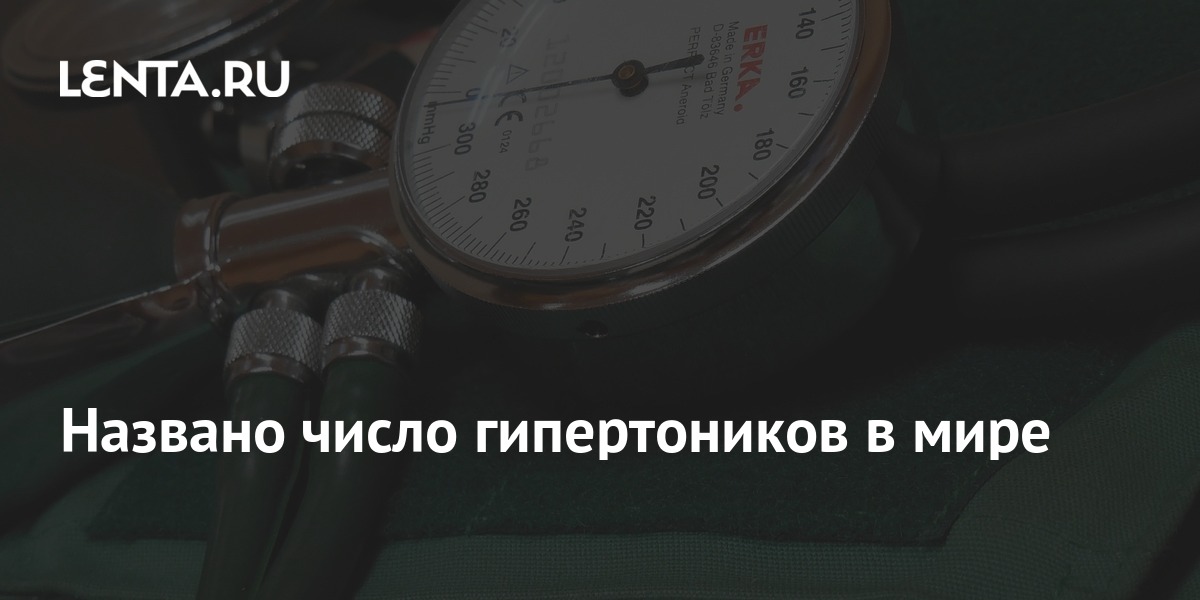 The number of people with hypertension around the world has doubled over the past 30 years, an international team of researchers found. An article with the conclusions of scientists published in The Lancet.

Participants in an international collaboration analyzed data from 1201 studies in which participants measured their blood pressure. In total, these studies covered 104 million people from 184 countries. With the help of modeling, experts were able to name the proportion of the world’s population of people whose blood pressure is higher than 140 to 90 millimeters of mercury – the cutoff at which hypertension is diagnosed.

If in 1990 there were 317 million men and 331 million women with hypertension in the world, then in 2019 this number was 652 million and 626 million, respectively, the researchers found. At the same time, almost half of this number did not know about their diagnosis, and more than half were not treated for hypertension.

While the prevalence of hypertension has declined in countries with high per capita incomes, it has remained unchanged in the rest, the researchers emphasize. The lowest proportion of people with hypertension was observed in Canada and Peru, where only one in four people was affected by the disease. The largest shares were observed in the countries of Central and Eastern Europe and Central Asia.