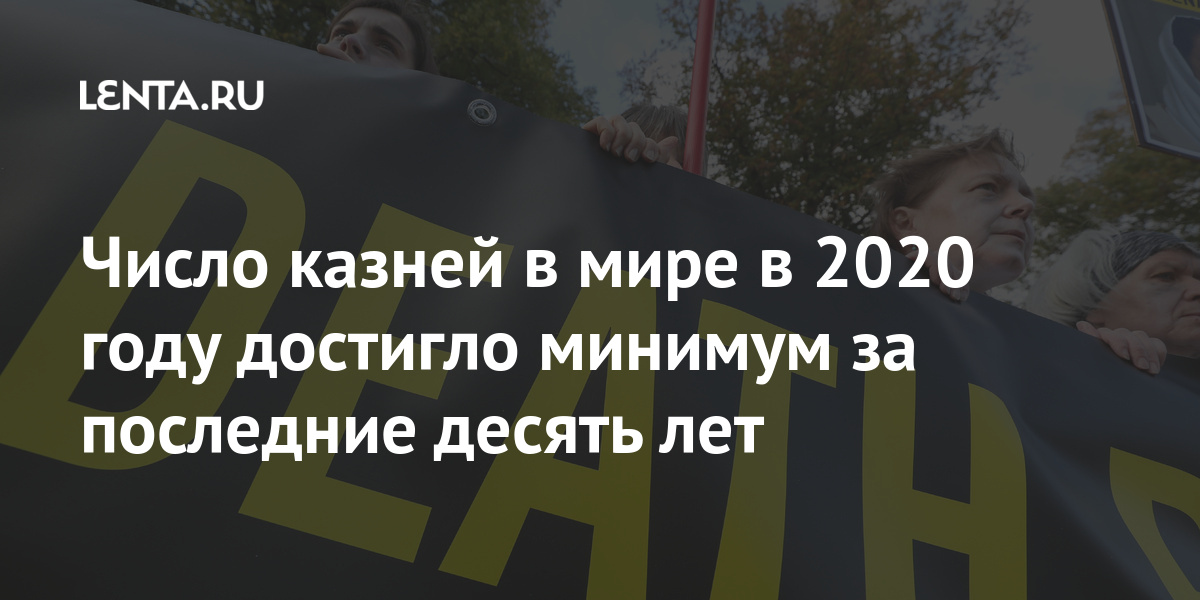 The number of executions in the world in 2020 reached at least in the last ten years. This is stated in a report by Amnesty International, reports TASS…

According to the document, at least 483 people were executed last year. At the same time, a year earlier, 657 such cases were reported. In a record year 2015, 1,634 executions were recorded. It is noted that the minimum number of executions over the past ten years is primarily due to a decrease of 85 percent in the number of executions carried out in Saudi Arabia, as well as a decrease in this indicator in Iraq.

Earlier, the HRC appreciated the desire of Russians to return the death penalty. The executive secretary for human rights under the president, Alexander Tochenov, said that the demand in society for the return of the death penalty appears due to high-profile court cases and the release of dangerous criminals. Tochenov added that there is no need to return such a measure of punishment yet.

The lowest level for OPEC’s share of Indian oil imports