The number of ‘desokupas’ companies has doubled since the pandemic 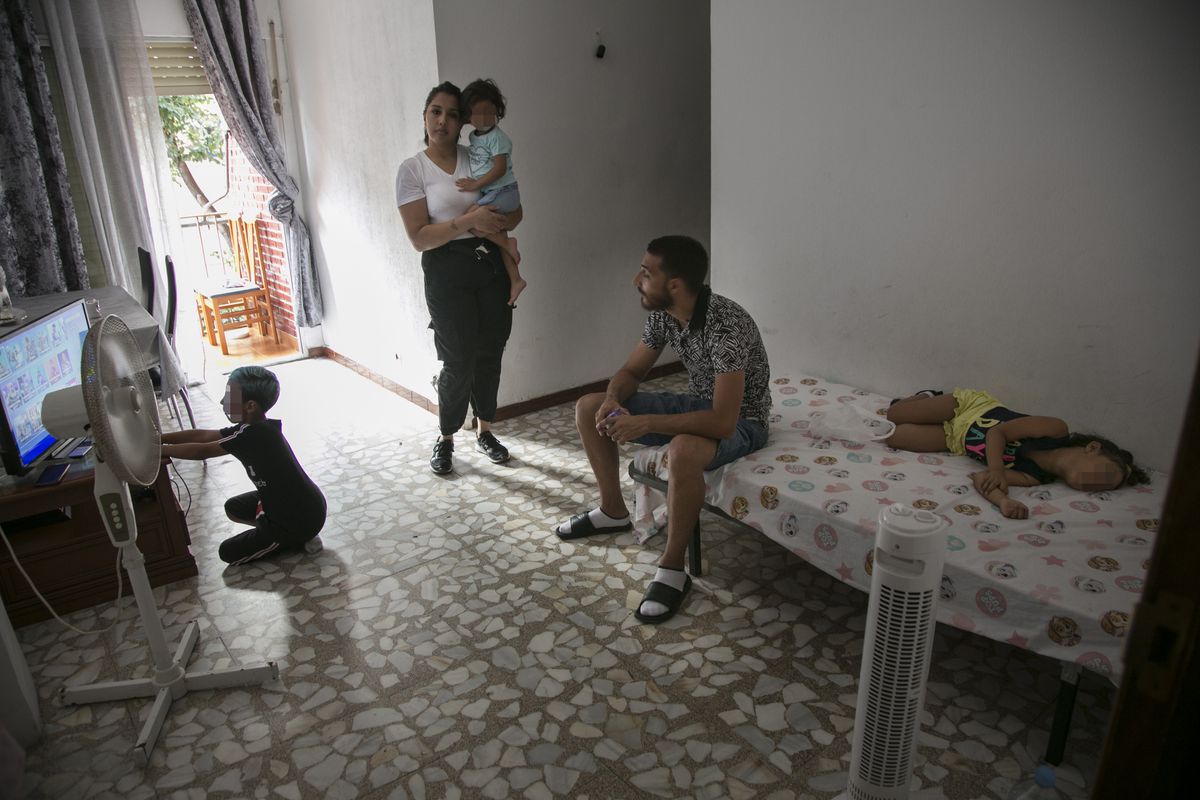 The activity of companies dedicated to intermediating with tenants so that they abandon or evict a home, commonly known as “desokupas” companies, has increased since the pandemic. If in 2019 there were three operating in Madrid (Desokupa, Fueraokupas and Desokupa Express, some operating since 2014), now there are up to nine, with the incorporation of Desokupamos, Rekupera, Desokupa and Rekupera, Servi-Okupas or Desokupación Bastion. Much of this relatively young sector is surrounded by a bad reputation for its aggressive practices. Consulted the data of the Ministry of the Interior, since March 2020 76 cases of real estate harassment have been reported in the region, although they do not specify how many complaints are related to these companies.

As a claim they use the slowness of the courts to attract their clients, especially real estate companies who prefer to use this parallel system to justice without filing a complaint to avoid the current anti-eviction decree.

In 2020, there were 9% fewer complaints for housing occupancy in the Community of Madrid than in 2019, and 19% less than five years ago. According to data from the Interior, the region is the tenth in number of occupied dwellings in relation to the total (one for every 1,996).

One of the last to appear is Bastion Desokupación, hired by Clikalia this summer, a real estate agency for the express sale of real estate. In recent weeks, several families from Usera, Carabanchel and Parla have received visits from men dressed in black with a strong physical complexion, who act with full rights to represent the company, according to themselves.

Daniela, not her real name, 44, has been the victim of her actions. She settled in 2018 with her husband and their then one-year-old baby in their apartment in Carabanchel, signing a rental agreement that turned out to be false. The real owner of the property, an investment fund linked to Bankia, ended up denouncing and there were two eviction attempts, the last on April 27, which was paralyzed by the decree against evictions that came into force during the pandemic.

What seemed like a solution actually compounded the problem. His lawyer explained that the worst had happened: his apartment had passed from Bankia / Caixa to Clikalia, after having bought the property from the entity. The situation turned perverse: the current owner does not recognize the sentence of paralysis of the eviction. “They don’t care,” says Daniela. “They tell me that it may be false, that they do not believe it.” Clikalia has not filed a complaint in court and has decided to hire Bastion Desokupación to, outside of justice, kick Daniela and her family out. EL PAÍS has tried several times to contact the sales company team to discuss the situation of these flats, advertised on its website with the message “currently occupied by third parties”, but has received no response. In Daniela’s case, several commercials approached her home last May to speak with her, without reaching an agreement, “but in June the men in black with the Bastion shirts appeared,” she says.

Daniela shows several WhatsApp messages that José Bastión, the head of operations, has sent her. Daniela sent him the April sentence, which states that he can remain at home until the end of the validity date of the decree. The tone of the audio of the answer is admonitory: “I ask you: wouldn’t it be better to leave the house a little earlier, reach a friendly agreement, with a housing aid agreement that we give you, and not wait until August to leave? without anything?”.

This conversation took place in mid-July, before the government announced the extension of the anti-eviction moratorium until the end of October. The four visits he has received from the men in black team have not been as pleasant as those audios. As he explains, in writing and in everything he records they are kind, but in person and when it is not recorded, they become more aggressive. More to know that Daniela is an active member of the Carabanchel Housing Assembly: “You are a clever aunt: I am not going to let you live: I am going to be out there every day,” they told her at the door of her home ago. about 20 days, depending on your version.

Calls, untimely visits and threats to block access have ended up undermining Daniela’s stamina, who, despite the fact that a court has decided that she can stay, is considering accepting the money they offer her to leave, 3,000 euros, and looking for another place . Her husband works in construction, albeit with no commitment to continuity, and has no savings to cover the initial expenses of a rental. It has been listed on the public housing application lists for seven years, both from the City Council (EMVS) and the Community (AVS).

The claim of the desokupas companies is common to all of them: on their web pages they highlight the slowness of justice in resolving complaints of usurpation or delinquency conflicts and are offered as an alternative of mediation for the owners to recover the properties with settlement commitments from 24 to 72 hours maximum. They use the usual language of marketing to introduce themselves. “We have a multidisciplinary team made up of lawyers, attorneys, mediators and unemployed or field agents who act in a coordinated manner”, you can read on one of these pages. These “field agents” are, for the most part, ex-boxers, as shown in the space designed to present the resumes of their workers.

The explanation of their mediation systems allows them to rely on Spanish legislation: they speak of access controls, that is, the occupation of common areas, exits and entrances with personnel who prevent access to the houses, of abandonment agreements agreed and signed to through the insistence and negotiation of payments that they define as “housing aid” or “social intervention”, always outside the action of the judicial system.

To Laura, 24 years old and with three children, they made it clear two weeks ago in a WhatsApp message: “I am not the City Council to offer you a social rent or let you live until the date of the trial, either you go or we put you a dog at the door ”. They have not left home since August 1, the date of the last visit to Bastion Desokupación. They live in an apartment in Usera that they occupied at the beginning of June, also owned by Clikalia. His family has a budget of 550 euros per month, 340 for a minimum insertion income plus 200 euros for his orphan’s pension. “I entertain the children (6, 4 and 2 years old) as much as I can, and I spend the day looking out the window and through the peephole. I see a man with a backpack and I think they are coming for us ”, he assures by phone. The last time he called 091, but did not report. “They were very kind to me, they told me that if they come back I will call them immediately.” So far, they have not returned.

It is not easy to contact these companies. After an email asking for information about their services, they try not to leave anything in writing. “As you can understand, these things have to be talked about. So written I don’t know who I’m talking to, I’m very sorry ”, is the response of one of them. Others insist on having telephone conversations.

The rates, as explained by some managers to real estate portals or alarm company blogs, are around 2,500 or 3,000 euros per service.

It is also not easy to find out who is behind each one. Following the trace that they leave when registering the domains of their web pages, some respond to a certain logic, such as Postlin SL, a fines management company, or Conciencia y Respeto 1970, of auxiliary services of property and real estate exploitation, or the Fitness Center Cartagena, a gym in Murcia. Others are surprising due to the nature of their economic activity: this is the case of Soy Cotan Somos Cotan SL or Proximedia, advertising, marketing and positioning agencies for SMEs, or the Sotavento real estate that offers services in Madrid although the apartments and chalets it sells are located in Levante

Olimpia Troili: “Rome needs prepared and competent young people who put themselves at the service of the city”