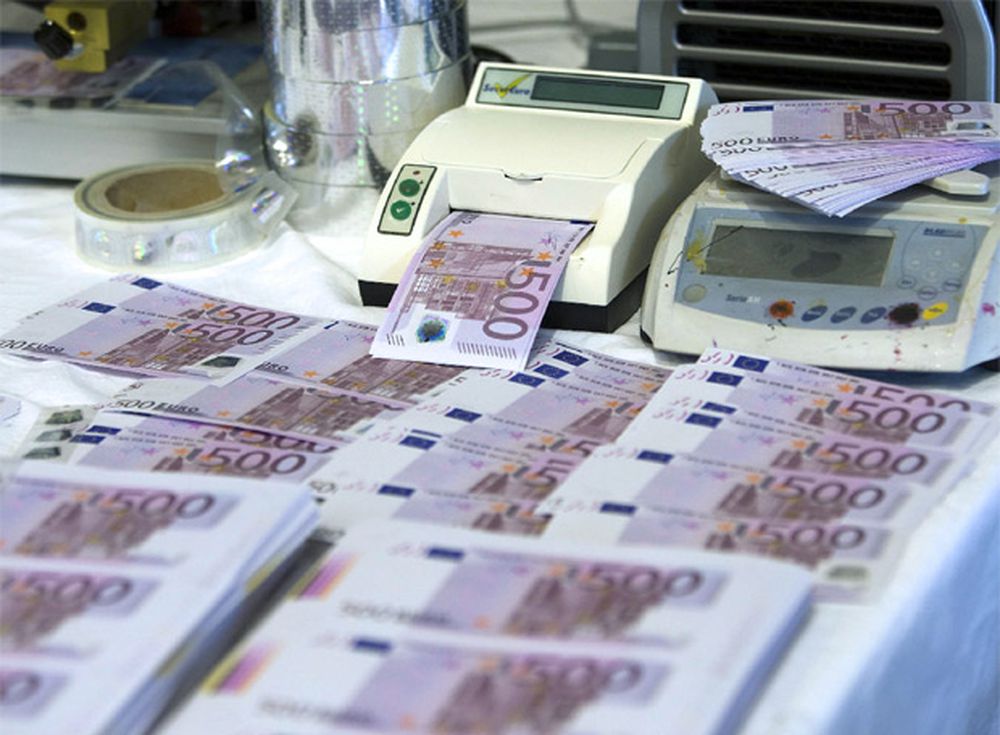 The counterfeit euro banknotes withdrawn from circulation in 2020 marked their minimum since the single currency began to circulate on January 1, 2002, as the European Central Bank reported this Friday. Either because the security measures they include discourage counterfeiters or because the use of cash has decreased in the pandemic year complicating the action of criminal networks, the truth is that 460,000 banknotes were withdrawn last year, 17.7% less than the previous year. Despite the fact that the figure assumes that 52 euro banknotes are confiscated every hour somewhere in the world, almost one every minute, the statistics have never been better: it assumes that only 17 out of every million banknotes that change hands are false, with so the probability that someone will receive a hare, although existing, is remote.

Counterfeiters’ favorite banknotes are 20 and 50 euros, which together account for two out of every three counterfeit notes seized. Perhaps it is because they are the most valuable without raising the suspicions of their older brothers of 100, 200 and 500 euros, more watched by those who receive them, and with whom it is also more difficult to pay because it forces the one who collects it to disburse more change. Even so, they also try it with them: one in ten illegal banknotes was 100 euros, 3% was 200, and only 1.2% was 500 euros.

If introducing large bills on the market can bring large immediate benefits, another strategy is to use the drop by drop of small amounts. The illegal five-euro bills are of little interest to the mafias that imitate them (only 2.3% of those seized), but the 10-euro bills (16%) are.

The year in which the most counterfeit bills were detected was 2009, when they accounted for 64 out of every million, almost four times more than those discovered in 2020. Since 2015, counterfeits have fallen steadily, a fact that can be partly attributed to the putting into circulation of the so-called Europa series of banknotes, which incorporated new security features to hinder the movements of criminal networks. The work of criminals is not always sophisticated and precise. “Low-quality reproductions are continually being withdrawn from circulation. These banknotes are easy to detect due to their poor imitation of security features or lack of them, ”says the ECB.

The bank mentions the “touch, look, turn” method as the most effective method for verifying the authenticity of the money they put in our hands, due to its unmistakable touch and the marks that appear when viewed against the light. “If you receive a suspicious bill, compare it to one that you know is authentic. If your suspicion is confirmed, contact the police or, when national practice allows it, your central bank or banking office ”, recommends the entity.

94.5% of counterfeits were detected in euro area countries, but counterfeiters also operate in countries where the single currency is not official. 2.8% were found in non-euro zone EU member states and 2.7% elsewhere in the world. There are currently 25 billion euro banknotes in circulation.

Behind closed doors, the ATP of Buenos Aires celebrates a special edition