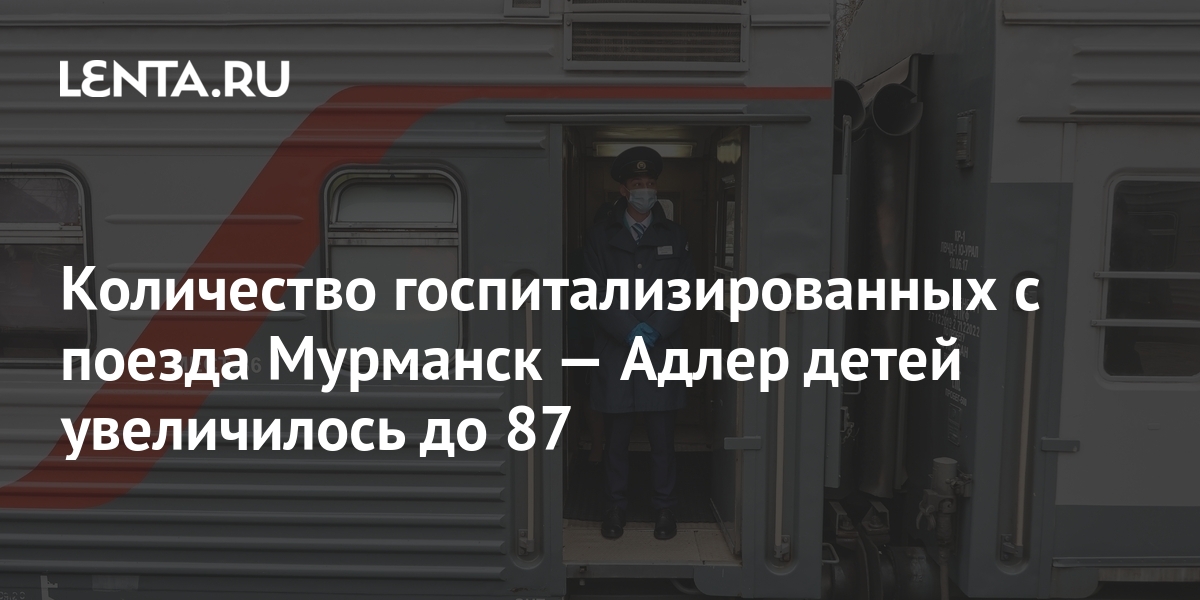 The number of children who were hospitalized after the mass poisoning on the Murmansk-Adler train has increased to 87. Children are in a mild to moderate condition. It is reported by TASS with reference to the headquarters of the Kuban.

“As of August 8, there are 67 minors in Tuapse Central District Hospital No. 1 with intestinal infection, 12 in Apsheronskaya, and 8 in Belorechenskaya. Doctors assess the condition of children as mild and moderate,” the report says.

On the morning of August 7, it became known that children who were traveling south on the Murmansk-Adler train were suspected of having an intestinal infection. It is reported that the children were sent to summer camps in the Krasnodar Territory. In total, about 250 minors were traveling in organized groups. The Investigative Committee on the fact of poisoning of children opened a criminal case under Part 1 of Article 2 of the Criminal Code of the Russian Federation (“Provision of services that do not meet the requirements of the safety of life and health of consumers”). The prosecutor’s office is checking.

Investigators speculate that the children were poisoned while dining in the dining car. They reportedly ate rice, chicken and salad in the evening. The first complaints about the state of health appeared around midnight, the children began to vomit and loose stools. The employee of the kitchen of this restaurant car was suspended from work by the decision of Rospotrebnadzor.

The Rospotrebnadzor said that the cause of the poisoning of children hospitalized from the Murmansk-Adler train was the second type of norovirus. The head of the federal service, Anna Popova, took this situation with an outbreak of intestinal infection among children under her personal control. An epidemiological investigation is underway.

The balance of Colombia after the triple elimination date