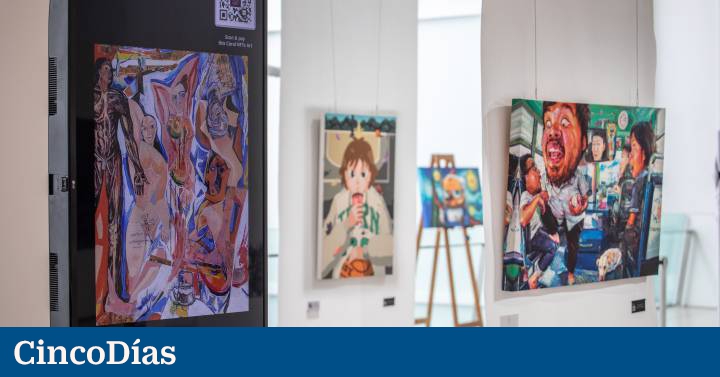 Entrepreneurs, professionals and artists who produce and sell in Spain what are known as non-fungible tokens (NFT) will have to pay VAT at the general rate of 21% in their operations. This is established by the General Directorate of Taxes, dependent on the Ministry of Finance, in a recent binding consultation. The NFTs, explains Tributos’ response, “are digital certificates of authenticity that, through blockchain technology, are associated with a single digital file.” For this reason, the text continues, its underlying can be anything that can be represented digitally, such as an image, a graphic, a video, music or a work of art. They are, in short, the most common crypto assets within the art industry.

The query studied by Tributos is based precisely on the case of a natural person who is dedicated to the sale of illustrations transformed by Photoshop and who asks the Treasury what type of VAT he should abide by. However, the agency recalls in its statement of reasons, the object of the sale is not the illustrations themselves, but the NFTs that “grant the buyer rights of use but in no case the underlying rights to the property of the work”.

This small nuance, the text points out, is what makes these sales have to be taxed at the general rate and cannot benefit, for example, from the reduced VAT of 10% that traditional transactions of works of art do enjoy.

See also  Shoigu spoke with the head of the Pentagon

As explained by the president of the Professional Association of State Treasury Inspectors, Julio Ransés Pérez Boga, the General Directorate of Taxes is correct in its analysis. “By selling an NFT, the use is being granted to the buyer, but not the right to the property. We are talking about a provision of services, in this case digital, for which the corresponding rule is applied and it must be taxed at the general rate, ”he says.

The Tributos criteria would have been different, says the expert, in the event that with the sale of the digital files the intellectual property rights as a whole were also being transferred. In this case, he adds, it would have been reasonable for the transactions to benefit from the reduced rate provided for these operations.

Applying one type of VAT or another, explains Enca Baquero, member responsible for training at the Spanish Association of Tax Advisors (Aedaf) and partner responsible for the tax area at Certus, will therefore depend on the nature of the asset being transferred. “Tributos is making it clear in its explanations that it takes into account the transmission of the certificate, not the property rights that it may carry.” Under this premise, continues Baquero, the Treasury concludes that “the sale of NFTs can be considered a transfer of electronic goods”, which are taxed at the general rate.

In its response, Tributos effectively bases its decision on the type of asset transferred. Thus, the agency details, once the work of art or the corresponding digital file has been generated, it would upload a platform on which, through blockchain technology, the NFT would be generated. In this way, “there seem to be two digital assets with their own entity”, that is, the underlying digital file and the NFT, “which would represent the digital property of the underlying file”. It should be noted, says Tributos, “that what is going to be transmitted through the corresponding online platforms is the NFT itself and not the underlying digital file.”

See also  VIDEO: This should be a Fiat Multipla with 1,000 hp (and therefore the fastest in the world)

The experts consulted, however, assume that it is practically impossible to quantify the collection impact that the Treasury criterion implies, due to the opacity that surrounds these cryptoactives and that the number of taxpayers that can operate with them is not known.
For this reason, and given the ease that this type of technology offers for sales to take place between people and companies located in different countries, Tributes also clarifies the criteria to be followed.

According to Baquero, in operations between the company and the user, if the acquirer is in Spain, the general rate of 21% must be passed on. For its part, “if it is in another EU country, the Spanish rate or that of the buyer’s country of residence will be applied”, in this case settling VAT with the single window mechanism depending on whether the transaction exceeds 10,000 euros”. Finally, if the acquirer is in a third country, the operation is exempt.

One of the problems arising from this type of market is the opacity that can surround NFT trading operations. It is something assumed by the president of the Association of Tax Inspectors, Julio Ransés Pérez Boga: “In this type of digital service it is very difficult to know who is behind it.” For now, he continues, this is something that the VAT Law itself has contemplated. “In operations, the IP address of the computer or the country to which the mobile from which the transaction is made belongs is taken into account”, but given the opacity, it is not always easy to know the identity of the buyer. For this reason, and to pave the way for control, Pérez Boga suggests that, as is done with cryptocurrencies, informative statements can be sent to all intermediaries that operate with these digital assets.

Both Pérez Boga and Enca Baquero, member responsible for training in the Aedaf, however, welcome the fact that queries regarding these crypto assets are beginning to be resolved, mainly with a view to gradually establishing a regulatory framework in Spain that gives greater legal certainty to all operators.

Perisic, goals and the future: the appointment for the renewal has been set