The next crises to come from Afghanistan | Filipe Figueiredo 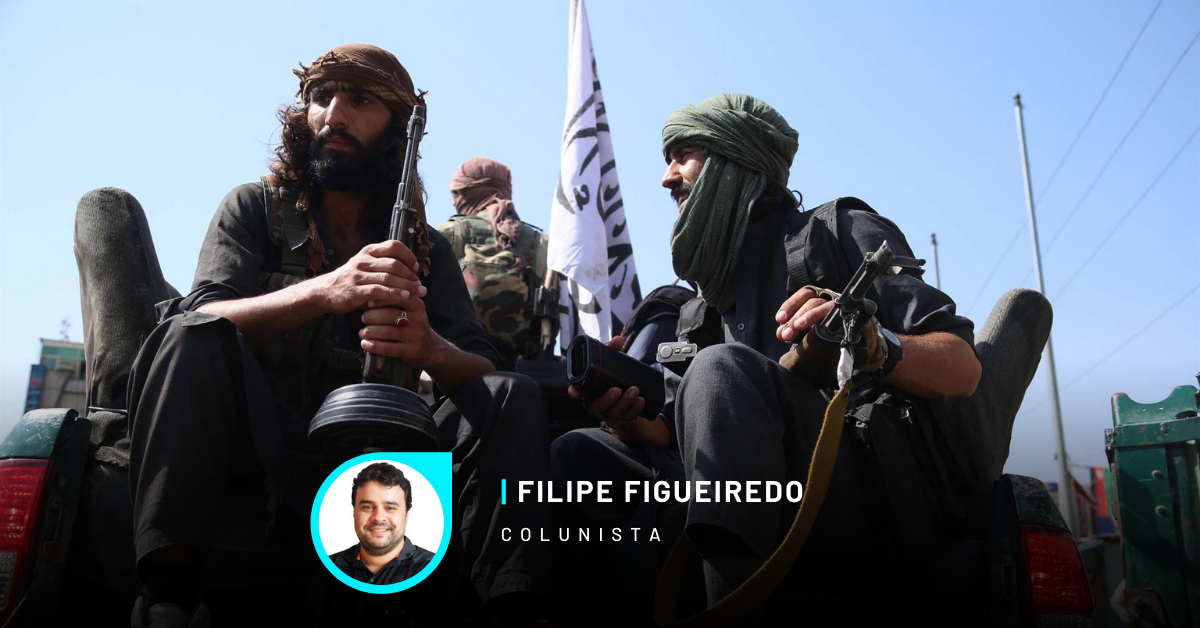 A few days ago, the column recalled that the reader, as far as Afghanistan is concerned, has always been well informed in recent years. The expected scenario, even “unexpected” for some, happened. A novelty, even, just a little of the speed of events.

The harrowing images of Kabul have already traveled the world. Desperate people falling from the fuselage of planes after trying to hold on to a thread of hope. Thousands of people trying to flee the country while the new Afghan leaders, the old Taliban, broadcast from the presidential palace. Unfortunately, this only means that new crises will come in the near and distant future.

The most intense of these is the humanitarian crisis. The current population of Afghanistan is almost double the population of 2001, when the NATO intervention, led by the US and authorized by the UN Security Council. Part of this population growth is precisely due to the fact that hundreds of thousands of Afghans who had fled the Taliban decided to return to their country after the fall of the first emirate. The last twenty years have seen advances in various aspects of Afghan society, even with an intermittent civil war. It is now safe to say that a sizable portion of Afghanistan’s 39 million people do not want to live under the Taliban.

In the coming months we will have a few million Afghans fleeing their country. These will likely be divided into three types. A minority of those who have money and contacts will be able to go to Europe, the US or Australia. A larger group of discouraged young men, who are going to try to reach these same large centers, but on more risky and dangerous journeys. There are many reports of Afghans who arrived in Europe traveling on foot.

Finally, the families who will try to cross the nearby borders, taking their entire lives on their backs. Especially for Iran and Pakistan, countries with large Afghan communities. Even the Pashtun populations of Afghanistan and Pakistan are often confused.

This Monday, the 16th, French President Emmanuel Macron addressed this issue, stating that the destabilization of Afghanistan will generate “irregular migratory flows”, which, although France continues to protect “the most threatened”, Europe cannot bear the consequences of the situation.

According to him, “an initiative will be launched to build, without waiting any longer, a robust, coordinated and united response”. It sounds very nice, a learning from what happened after the war in Syria, but the situation today is different. Macron faces elections where immigration and refugees are hot topics and cannot risk alienating part of the electorate in the direction of Marine Le Pen.

On the German side, federal elections will end the Merkel Era, hampering any more robust agreement before the formation of a new government following the September 26 elections. The longer it takes, the more desperate people, the more tragic news and so on. Which leads to the next crisis, the corporate one.

The Taliban leadership would have committed to a more moderate policy, a dose of pragmatism in exchange for greater international recognition. Well, let’s remember that the Taliban’s word is not worth much, as seen in recent decades. Still, Afghan society will change and will lose the latest breath of modernity and social liberalization.

Accounts already abound of Afghan women from big cities who destroyed their diplomas, their credentials, fearing for their lives. The return of the burqas, the repression of any and all forms of female emancipation, a plural society, with music, art, cinema, rights for LGBT people, all that is gone. And it’s not an exaggeration of the column or reproduction of an Orientalist stereotype.

The former Taliban Ministry for the Promotion of Virtue and Suppression of Vice did all of this. Even hugs in public could generate police repression and music and dancing were prohibited. There is even an institution with the same name in Saudi Arabia. This type of repression, always with women as the main victims, was already taking place in inland areas of Afghanistan. Now it will be the norm.

This societal crisis leads to the US image and prestige crisis.

First, forget about any blame game. All four past US presidents have some share of responsibility for what is happening. The US state never had a clear long-term strategy in Afghanistan.

George W. Bush for going nearly eight years without fulfilling his self-checked mission to catch bin Laden, waging an intermittent war without quite knowing where to go. Barack Obama for staying another six years after bin Laden’s death without being able or willing to reframe the US presence in the region and the model of cooperation with Afghanistan.

The Trump government’s share of responsibility, on the other hand, comes from wanting to withdraw US troops from Afghanistan anyway, even if, to do so, it needed to legitimize the Taliban. Yes, the word is legitimate. It was Trump who started negotiations with the Taliban and it was his government that pressed for the release of thousands of Taliban members, including their leader, Abdul Ghani Baradar, who was imprisoned in Pakistan.

Trump’s Secretary of State Mike Pompeo met with Baradar in November 2020 in Qatar. All of these topics were covered here in the column in his day. Finally, Biden outlines a “plan” that doesn’t even deserve to be called that, of a complete hasty retreat that culminates in disaster, based on intelligence reports that proved to be flawed.

The footage shows people being abandoned, the US embassy in Kabul being evacuated and, at the last minute, Biden had to send in troops who were already in Afghanistan to provide security.

The internet is awash with images that parallel the fall of Saigon or recall US support for Afghan mujahideen in the 1980s. space.

Returning, the situation is made worse by fears that thousands of people who collaborated with the US or the Afghan government were left to fend for themselves. Secretary Blinken, in an abysmal detachment from reality, denies this damage to the image, says the mission was a success.

As images circulate of people literally falling out of a US plane. Biden, perhaps to help his chief diplomat, decides to talk even bigger nonsense. In an unscheduled speech, in the middle of his vacation, Biden only needed to use a certain finger in relation to Afghanistan.

He said the US purpose was never long-term stay, that Afghans did not fight the Taliban and wash their hands. Everything a leader shouldn’t do in a time of crisis. When he says, for example, that the Afghan army did not fight the Taliban, perhaps he is referring to the many mass defections in recent months. When these soldiers were without pay and without leadership, from a corrupt and weak-willed Ashraf Ghani.

Overall, however, since 2002, more than 65,000 Afghan soldiers have died, compared to an exact 2,420 US military personnel killed. Calling these men practically cowards is, in itself, cowardly.

And in the future, when the US needs regional allies? Trump’s abandonment of the Kurds and Biden’s Afghan cursing will make any actor think twice about lining up for the US. And this image crisis will not only be external.

Half a million US military served in Afghanistan, and a good portion of them will look in the mirror and ask “what for?” Biden’s haste, the ineffectiveness of his “plan” and, even more, his feeble speech will contribute to this feeling. Most of the US population supported the withdrawal from Afghanistan, but I doubt that many would support it in that shameful way.

In the coming weeks, Afghan political leaders will form a “transition council” to negotiate with the Taliban. Council officials include former President Hamid Karzai, former Chancellor Abdullah Abdullah and mujahideen leader Gulbuddin Hekmatyar, who spent twenty years in exile after the Taliban’s 1996 victory.

Such conversations will take place in Qatar and are unlikely to bear much fruit. The Taliban have no incentives to negotiate, which they never wanted to do in the first place. The “students” got where they wanted to go.

The possible scenarios cited in the last column remain, especially with regard to Chinese interests. Now, added to the certainties of the coming crises and which, unfortunately, had to be analyzed in this text. There is nothing for anyone to celebrate, just failures and regrets.