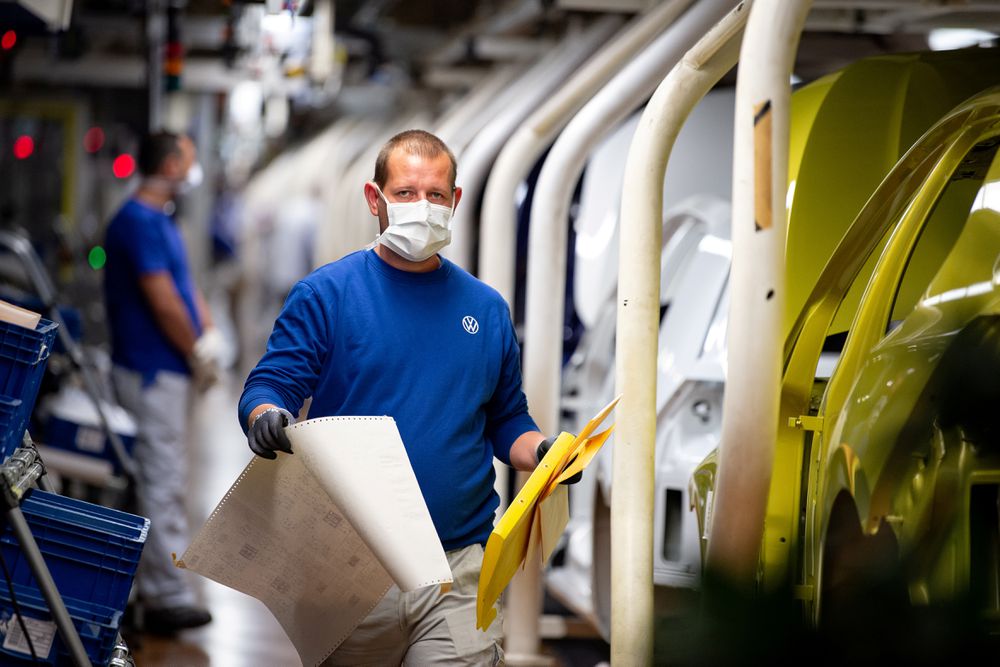 The new wave of the pandemic that has been sweeping the European continent for more than a month also has worrying consequences for the economy, although for the moment they seem less serious than those of the first wave (that of spring 2020). This is pointed out by data from the PMI index (purchasing managers index, for its acronym in English) that the company IHS Markit elaborates. According to the preliminary reading of this indicator, in January private sector activity in the euro zone fell to 47.5 points, compared to 49.1 points last December.

The PMI index is an advanced indicator that is produced by surveying the purchasing managers of thousands of companies. Based on their answers, a score is made that expresses what the trend of the economy will be. The inflection is marked by 50 points: if the index exceeds that figure it means that the activity is expanding, if it stays below it means that it is contracting. Thus, if in December the European economy was close to that balance, in January it is moving away. That is why, in the opinion of Chris Williamson, chief economist at IHS Markit, “it seems increasingly inevitable that the eurozone economy suffers a double dip recession.”

According to the company in a statement released this Friday, the data for January (obtained from the responses collected between the 12th and 21st) indicates “the third consecutive monthly decline in total activity and the greatest deterioration since November of last year ”. However, it also highlights that the indicator “has remained above the level reached during the initial months of the pandemic.” That is to say, that although it anticipates a deterioration of the economic indicators when they are published (basically GDP, as the president of the European Central Bank already pointed out this Thursday), it is not expected to be as deep as the one that was experienced at the start of the crisis.

If activity is holding up better than last spring, it is largely due to the good performance of the manufacturing sector. This declines compared to December, from 55.2 points to 54.7 points, but its activity continues to expand for the seventh consecutive month despite the advance of the disease. Thus, it compensates for the poor performance of the services sector, which fell to 45 points (by 46.4 points in December) and therefore moves away from the possibility of recovering the growth path, although it is above what it marked last November and also in the months with the highest incidence of the first wave (from March to May).

The leading indicators this Friday for the euro zone also highlight the relative good performance of Germany (it continues to expand with 50.8 points, although the previous month it was 52 points), while France fell to 47 points (by 49.6 points in December) and the rest of the euro zone went from 46.1 points to 44.7 points.

“High infection rates are again forcing governments to extend and tighten containment measures [de la pandemia]”Said Tomas Dvorak, economist for the Eurozone at Oxford Economics. “This is consistent with the better performance of the industrial sector with respect to the services sector, which is much more affected by the restrictions, which we hope will continue in the coming months.”

Wasteland 3 is getting permadeath

Coronavirus cases today in Salta: how many deaths are there and how the pandemic is progressing to January 29