Hunting in the Region of Murcia is no longer the subsistence activity that 10,000 years ago was reflected in the hundreds of rock shelters that have survived to this day. Nor does it follow the abusive guidelines of 100 years ago, and is even reformulating the recreational and sporting conception that identified it only 10. Since that time, 2011, the number of licenses has plummeted in the Region by 26.5% (of nearly 25,000 a decade ago to 18,000 today). “The hunting activity in Spain and in the Region of Murcia has entered a new paradigm with intense sociological, economic and legal changes,” they explain from the Hunting Service of the Ministry of Water, Agriculture, Livestock, Fisheries and the Environment.

72.23% of Murcian hunters are over 50 years old (almost half are over 65), while only 5.3% are under 30. «In addition to the low generational turnover in the activity, the changes in behavior and the ethics of today’s society are increasingly questioning whether animals can be hunted that do not cause damage, “they point out from the Sub-Directorate General for Forest Policy, Hunting and River Fishing.

In this context, they add, “solutions are being sought with the Hunting Federation of the Region of Murcia and [la organización agraria] COAG so that meat treatment rooms are created and freezers are put in place “, so that, through the Food Bank, an” adequate use of the animals that have to be hunted is made, since it is necessary to kill a large number of wild boars and rabbits’, for example, to avoid damage in agriculture or even road accidents.

Hunting is undergoing “intense sociological, economic and legal changes”, they point out from the Ministry

The “new paradigm” seems to recall its ancestral role as an instrument for obtaining food and eliminating competitors, while reducing the current more recreational and sporting hunting aspect. “We want to give a change to the activity in the face of society,” says the new president of the Hunting Federation of the Region of Murcia, Francisco Bastida, in office since the summer.

Bastida laments the bad reputation they carry among the new generations, despite their work to improve the environment. “We have not done pedagogy and we are frowned upon,” and he cites the comment that some of his children have suffered from other children, calling their parents “animal killers.”

“We perceive that for a long time each year we have to take a step back: species are being limited, areas are being restricted …”. He also attributes the loss of licenses (almost 2,000 in the last year) to “the economic situation.” In this framework, he points out, “those of us who remain are promoting that hunting activity is well seen in society.”

The «new paradigm» recalls the ancestral role of procuring food and eliminating competitors, and reduces its sporting aspect

The federation is organizing, for example, activities of “pedagogy so that children do not see the hunter as something bad for the environment”, such as excursions in which they are taught to install an animal drinker, do a restocking or distinguish a hunting species of another that is not considered as such. Bastida details that they are awaiting authorization for a “very beautiful” project in a public forest “to teach children the benefits for wildlife of hunting activity.”

“We have spent years investing in improving the environment without the help of the Administration,” he laments. On the contrary, he denounces, “this is the most regulated activity in the world, and here in Spain is where the most.” Thus, it also calls for the collaboration of environmental and animal groups, “who know that this is important for the environment,” he says. “Perhaps we have not known how to tell what we have done from here to back”, so, he adds, “now we are trying to get all this out in the media and social networks, which is what ‘sells’ today ».

The secretary general of COAG, Francisco Gil, who also declares himself a hunting practitioner, even calls for the figure of the professional hunter to combat rabbit pests that affect certain agricultural areas, for example. Gil believes that “you can’t leave it to the free will” of fans to control species like this when they get out of hand. At the same time he wonders “what is the point of killing for the sake of killing”, alluding to some practices, such as shooting against species that do not cause damage or seek resources.

The hunters ask for the collaboration of ecologists and animalists, who know that it is an activity «important for the environment»

The “new paradigm of hunting in the Region of Murcia” is also reflected in its regulatory regulations, the exclusive competence of the Community. Law 7/2003 of 12 November on River Hunting and Fishing already pointed out “that the populations of wild species constitute a common natural heritage, susceptible to depletion if it is exploited improperly or is damaged”.

In any case, despite the three decrees approved in the last three years for the regulatory development of the hunting law in the Region, from the Service that watches over it in the Ministry “it is considered necessary to draft a new law to adapt the activity to the current situation. At this time, 63.7% of the regional land is open to hunting at some point in the year through exactly 1,128 preserves.

Meanwhile, “hunting in the Region of Murcia generates considerable benefits in many rural areas”, they add in the Ministry, where they estimate the annual business of the sector in the Region at 38 million euros. There are 1,900 euros per license per year, a figure very far from the almost 9,700 euros on average estimated per hunter in the Evaluation of the Economic and Social Impact of Hunting in Spain that in 2016 prepared the Artemisán Foundation, dedicated to the sustainable use of game species , together with the consulting firm Deloitte. The impact of hunting on Spanish GDP is estimated at almost 6,500 million euros, which represents 13% of the entire agricultural, livestock and fishing sector, and contributes to maintaining almost 187,000 jobs, in addition to generating more than 600 million in taxes.

Beyond the economic value, what remains to be calibrated is its real impact on the environment. The order of the Ministry of last June for this season 2020/2021 is “the only order of closures in all of Spain that has been subjected to an impact assessment to ensure the sustainability of hunting activity”, according to the official source. On the other hand, a moratorium has been established for the next two seasons due to the situation of the red partridge, one of the most affected “by an unfavorable evolution of some species of small game”.

On the other hand, “the most prominent big game species (deer, blacktail, mountain goat, fallow deer, mouflon and wild boar) are increasingly abundant”, especially wild boar, “which together with rabbits (there are 14 municipalities included in the region of temporary hunting emergency), are the species that are causing serious damage in agriculture.

“It is necessary to articulate with a new law all the social changes that are going to take place, to adapt the activity to the new reality”, insist from the Administration. With this objective, they conclude, “the hunting guidelines to be presented in April will be fundamental, and which will mark the region’s hunting strategy for the next ten years.” Time will tell if the best fit is achieved for an activity as old in time as it is sometimes contested today, perhaps due to a combination of ignorance and bad practices that are now being corrected. I am: ‘Bad Bunny’ appreciates flattery from Tony Succar and Mauri Stern 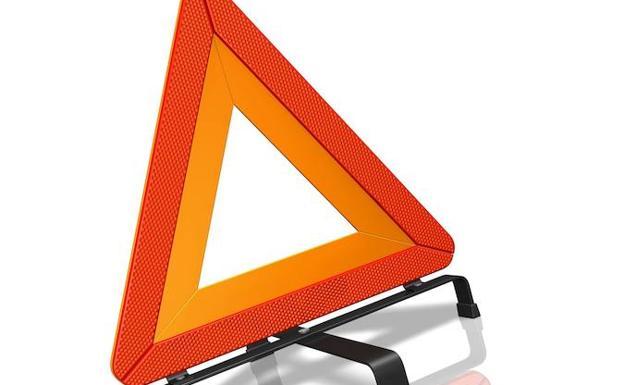 The DGT removes the emergency triangles: this is the new mandatory signaling device that you will need

Suspicion against the mayor of Halle: search for early vaccination