The new battle of empty Spain 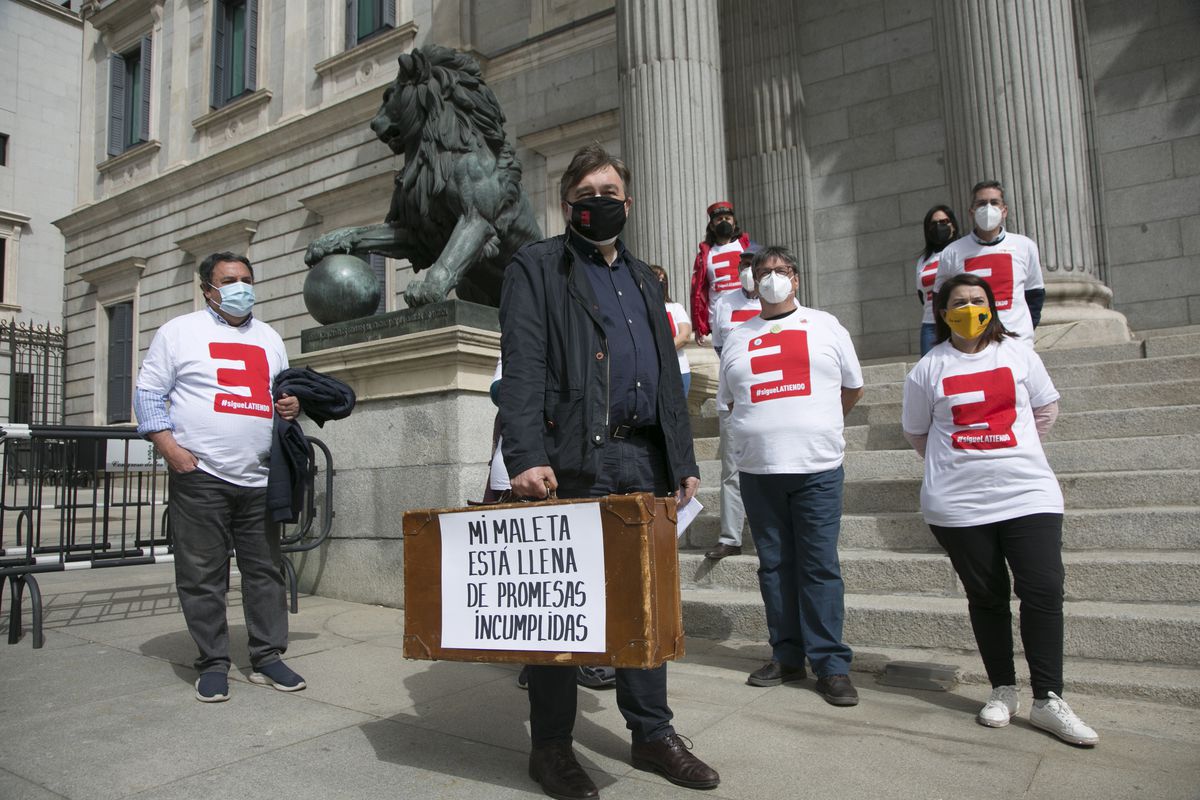 Empty Spain made its discontent clear just two years ago, when thousands of people from the most depopulated provinces of the country toured the center of Madrid to remember that there is a forgotten territory, alien to the life of the coast and the big cities. The cry of despair from those provinces, which called for urgent measures, became a before and after for Spanish territorial policy. The arrival of Teruel Existe to the Cortes in November 2019, as well as the creation of a ministry dedicated in part to the Demographic Challenge and chaired by the fourth vice president, Teresa Ribera, have made the problem visible. But the measures, so far, have been insufficient: the associations that comprise the so-called Revolt of Empty Spain denounce that the discourse is not translated into practice due to the lack of political will, bureaucratic slowness and lack of coordination between administrations. Faced with this situation, they study their leap into institutional politics.

The groups involved had already issued a warning: if the legislature did not show the parties’ intention to solve Spain’s territorial problems, they would articulate a “firm, stable and permanent response”. With no immediate progress on the horizon or concrete results, some associations are now considering following in the wake of Teruel Existe: “If politicians don’t do it, someone will have to do it,” says Vanesa García, spokesperson for ¡SoriaYa!

This discontent has once again manifested itself in the Plaza de las Cortes, in Madrid, last Wednesday, although with a much more discreet presence: a hundred people representing twice the number of groups that two years ago raised their voices in front of Congress. Vanesa García announces: “We are studying whether or not to run for elections.” The Soria association has been demanding 20 years for the parties to take urgent measures against depopulation. The recent Plan of measures for the Demographic Challenge, endowed with more than 10 billion euros, has been a first step, but the Emptied Spain platform demands a State pact against depopulation to ensure its continuity.

Other groups are more reluctant, but acknowledge that the debate on the leap to politics exists. Juan Afán, one of the founders of Jaén Deserves More, believes that among the more than 10 associations that make up the platform there are some that “will evolve into a group of voters that defends their interests.” He, however, remarks that his association does not intend to take that step and seeks to continue as an oversight body for public policies from society. His colleague Juan Camacho points out that it is the same citizens on the street, or by mail, who encourage them to form a group of voters like Teruel Existe. “A social feeling is being awakened that someone has to do something for Jaén,” he confesses. The decision to change the headquarters of the logistics base of operations of the COLCE Plan from Jaén to Córdoba has fueled anger among the inhabitants of one of the provinces that bears the highest unemployment rates in Spain.

Distrust towards politics and politicians is shared among the groups of the Revolt of Empty Spain. Their discomfort has been portrayed in a Next Education study presented last week in the Senate; According to this report, almost half of the 80 platforms surveyed (45%) feel that since March 2019 there has been minimal progress in rural areas and almost two-thirds (65%) “have not perceived any positive step” in these two years.

This mistrust translates into a crisis of representation of the national parties. Ignacio Urquizu (PSOE), sociologist and mayor of Alcañiz (Teruel), emphasizes the promises that were not kept: “We went to the campaigns saying that we would build highways and AVE throughout Spain, but with the resources that were available it was not possible,” he emphasizes. . He believes, however, that the transversality of the large formations entails “an overall vision” that can rationalize public policies: “In the end, it is not to put a university in each town or province, but rather you have to see the whole of the territory . Resources are limited and you have to choose what to do and what not to do ”.

Tomas Guitarte, the only deputy from Teruel Existe – an association that decided to attend the November 2019 elections as a group of voters – predicts that the entry into politics of these groups will depend on the measures adopted by the Executive. “In the set of platforms there is a bet so that this is the occasion in which the problem is really faced,” he says. And he adds: “We do not question the institutions at their roots, but rather we defend them and we believe that we must be within them to make them work in the proper sense.”

Faced with a presumed candidacy from other constituencies, the Teruel architect confirms that the ideal would be to maintain the diversity between platforms by working together: “We would never lose Teruel Existe,” he says. Meeting in a single parliamentary group, if they give the numbers, would allow them to maintain their provincial demands and defend the territorial rebalancing of the country. “No one is local, we are all a reflection of a structural problem in all of Spain,” he explains.

The Youth of Castilla y León and La Otra Guadalajara exclude the passage to politics, because they believe that the platforms influence the demands more than in the political spaces. “We are not a partisan collective, but neither are we apolitical,” defends Guillermo López of the Castilian-Leon association. “We believe that one of the good things about our group is that we are very transversal and we want to do politics through criticism and with positive proposals for young people in our community.” Azucena Dombriz, spokesperson for the Castilian-Manchega association, defends the role that “the people of the towns” play by demanding policies from public administrations.

Sitting in a bar in Madrid’s Plaza Mayor, Guitarte tells that despite being in the institutions, those of Teruel Existe are “street people” who decided to enter politics because they were not satisfied with what was being done. “The fight against territorial imbalances is the most interesting political project there is. And it is not a local concept, but a global one ”, he concludes. The Plan of measures for the Demographic Challenge, endowed with more than 10 billion euros, represents the first step, although the Empty Spain platform requires a state pact against depopulation to ensure its continuity. While they remind the Government that there are pending tasks as they did this Wednesday, when the bells rang in unison in all the towns and in Madrid, and with a loud drum and applause they recalled that the heart of empty Spain “continues to beat strong.”

The working group will investigate the poisoning of children in Krasnoyarsk

Experts for “Al-Ittihad”: Parallel operations of dredging and tensioning behind the floatation of the Suez Canal ship