The network of corruption that has Ecuador as its epicenter 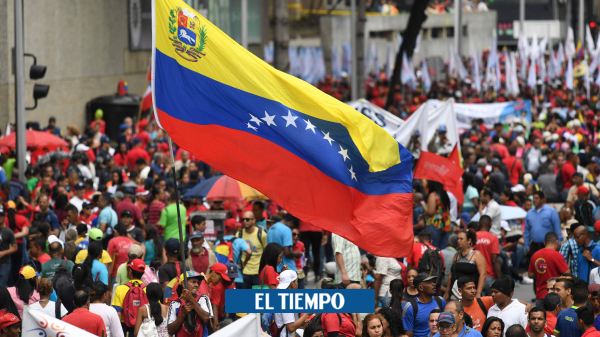 The United States Ambassador to Ecuador, Michael Fitzpatrick, managed to fracture the credibility of the police and the judicial function, by declaring that members of these two institutions, fundamental for democracy and the country’s security, would be related to acts of corruption Y drug trafficking, so it maintains its visa withdrawal policy.

Since last December, Fitzpatrick publicly stated that his country had withdrawn the visas of what he called Ecuadorian “narco-generals” and that his government is concerned about the penetration of drug trafficking in law enforcement.

(Also: These are the assembly members of Ecuador who presented a report on Saab)

Now, through a statement, the diplomatic representation of U.S in Ecuador reported that it “revoked the non-migrant visas of several Ecuadorian judges and other individuals who work in the legal and judicial sector.”

Germán Rodas, who leads the Civic Anti-Corruption Commission of Ecuador, assured EL TIEMPO that the diplomatic declarations reveal a reality in the country that is “extremely complex” and that they leave the control agencies in a very bad predicament.

Generals and judges, in a sign of neatness, hastened to show that their US visa is valid, while doubts are raised against four members of the police and lawyers who have been notified that they no longer have that privilege.

“The problem is the lack of decision-making. Basically, it is clear that the US Government is aware of how complex corruption is in Ecuador and that it is time to address it. For years, we have experienced a sustained process of corruption in the country, especially at the most important levels of the rule of law, such as the judicial function. In that sense, what remains is to put pressure on civil society,” explains Ruth Hidalgo, president of the Citizen Participation Corporation, adding that “the political decision must be made to issue a serious investigation from the Prosecutor’s Office, knowing that they will have to fall all those involved regardless of their hierarchy.

Others, such as the lawyer Jorge Acosta, who was president of the Supreme Electoral Tribunal, and legal representative of some officials involved in corruption, downplayed the diplomatic measure.

According to the president William Lasso, corruption has cost the Ecuador more than 70,000 million dollars in the last 14 years, but even more seriously, it has weakened the institutions of the country severely affected by the pandemic, drug trafficking and citizen insecurity.

Now, with a scant 33.7 percent of adequate employment and carrying the weight of having a foreign debt of 73,000 million dollars, the president is betting that in 2022, Ecuador will have judges and courts specialized in the fight against corruption and organized crime.

See also  Díaz, the letter of Colombia in the tie (Last tango, opinion)

“The fight against corruption is an ethical and moral imperative,” Lasso assured. However, he himself faces internal investigations, after the accusations against him that arose from the Pandora Papers and who accuse him of owning companies offshore.

In recent years, several public officials, including former President Rafael Correa (2007-2017), have been sentenced for corruption. His former vice president, Jorge Glas, has been in prison for four years for crimes of bribery and embezzlement and in the same prison he is accompanied by ministers and officials from the Correísta decade.

For this reason, Rodas emphasizes that “the country’s corruption is not exclusive to recent years.” “It is a structural problem that must be faced by the Ecuadorian State and by society.”

With a fugitive former comptroller and another imprisoned, accused of being part of a bribery scheme, according to the Prosecutor’s Office; The State Comptroller General reported that, only in 2021, it confirmed glosses for more than 2.1 billion dollars, as a product of corruption.

“Right now, many of those who are prosecuted for corruption or links to drug trafficking spend brief periods in jail thanks to the execution of certain legal maneuvers. For this reason, it is important and urgent to work on regional actions that do not depend on a single government”, says Hidalgo.

During the last years in Ecuador, corruption has been maintained within the governments of the day.

And it is that according to Transparency International, in 2021, Ecuador ranked 92nd out of 179 countries with the highest perception of corruption in the world, a vulnerability that has allowed the tentacles of international corruption to cross the Ecuadorian border.

This was evidenced by the president of the Assembly’s Oversight Commission, Fernando Villavicencio, who delivered to President Iván Duque a report that points out to the Colombian businessman, Alex Saab, as a “figurehead” of Nicolás Maduro.

It is said that Saab, who is in prison in the United States on charges of money laundering, would have carried out several fictitious and overvalued operations in Ecuador through the Sucre Regional Compensation Unit System, created under the government of former President Rafael Correa to promote the exchange trade between Ecuador, Cuba, Bolivia and Venezuela.

Only the companies Global Construction Fund, Foglocons and ELM Import, of Saab and its Colombian partner, Álvaro Pulido, -also wanted by the US justice- would have been awarded contracts for 350 million for the export from Ecuador of financed prefabricated houses that they were not delivered.

In other world news Outrageous: Man pushes and kicks granny down the stairs at train station (photos)

Albanian Prime Minister praises the civilized renaissance of the Emirates