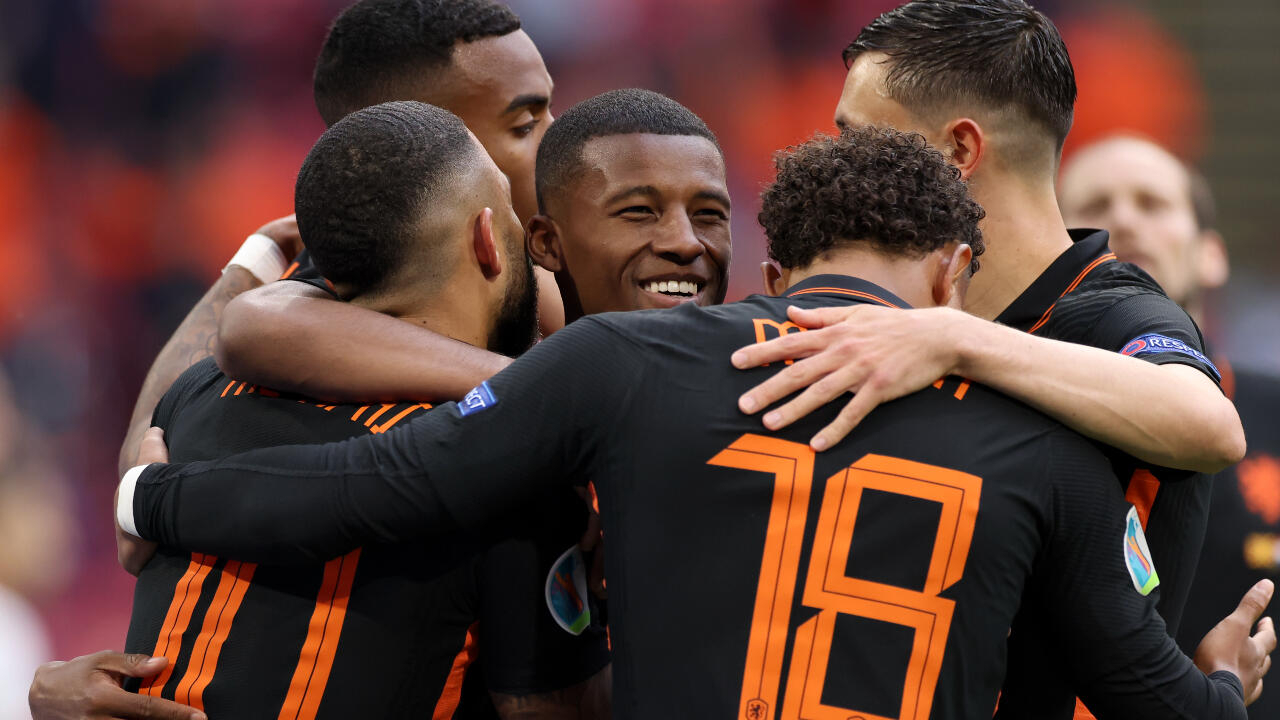 A Clockwork Orange thrashed North Macedonia and qualified with a perfect score. Belgium followed the path of the Dutch and added their third victory after the final 2-0 against Finland. Denmark and Austria also won and sealed their pass to the second round.

The Netherlands started the European Championship in a similar way to Italy: neither team generated high expectations. However, they are now, together with Belgium, the only teams that can boast of having qualified for the round of 16 with perfect scores. This Monday, June 21, the Dutch beat the Norwegians 3-0 in Amsterdam at the close of group C.

In the first minutes of the match, Ivan Trickovski saw what would have been the first goal for North Macedonia was disallowed and, later, a shot off the crossbar by Aleksandar Trajkovski would leave the same disappointment to those led by Igor Angelovski.

It was a round trip and at minute 24, Memphis Depay said ‘present’ and opened the scoring. Daley Blind initiated the counterattack, played with Donyell Malen who gave a change of speed to the play, and assisted Depay to confirm the great moment he is going through. His rivals had reproached a foul on veteran Goran Pandev at the start of the play.

The blazing Barcelona signing then controlled the ball inside the box with authority, and assisted former Liverpool, Georgino Wijnaldum, who came down the baseline completely free to put the ball into the back of the net.

The 3-0 score did not prevent a well-deserved tribute to Pandev, who left the field in the 69th minute in what would be his last game as a professional footballer. His teammates escorted him to the bench to a standing ovation at the stadium. Pandev can leave in peace: he fulfilled his dream of playing a great tournament with his team, with which he played 122 games and scored 38 goals in total.

This result places the Netherlands as the absolute leaders of Group C, with 9 points, while North Macedonia leaves the Euro blank.

Franco Foda’s selection surprised an inactive Ukraine in the other match in group C. Austria was different from what was seen in previous matches. They pressured, stole the ball, attacked, scored and complicated the Ukrainians.

A single goal from Christoph Baumgartner was enough for Austria to claim all three possible points from this encounter in Bucharest. Captain David Alaba, recently signed by Real Madrid, crossed a corner that the Hoffenheim player from Germany knew how to finish off perfectly after taking Illia Zabarnyi off his back.

Although Ukraine coach Andriy Shevchenko tried to react and reinforce the attack by replacing Ruslan Malinovsky with Viktor Tsigankov, he had no luck heading into the goal.

Austria will face Italy this Saturday in London for the round of 16, while Ukraine’s fate depends on the other third parties.

Belgium has three wins out of three with a scorer Lukaku

Although the Belgians dominated and insisted throughout the match, it was not until the 74th minute that they let off steam with the goal call thanks to a score against goalkeeper Lukas Hradecky.

It was after a Thomas Vermaelen header, which crashed off the crossbar, and subsequently bounced off the goalkeeper’s body to end in goal.

In the 81st minute, Romelu Lukaku took revenge for his score canceled in the 66th for offside and shot the goal of the Bayer Leverkusen goalkeeper after an assist from Kevin de Bruyne. It is the third goal of the ‘tank’ in this contest, which continues in the race for the scorer, along with the Portuguese Cristiano Ronaldo, the Czech Patrik Schick and the Georgino Wijnaldum.

With this victory, the Red Devils move to the eighth as leaders of the group, while the Finns will have to wait for the next results to see if they can qualify as the best third.

Denmark not only needed to beat the Russians, but they also urged Belgium to do it against Finland in order to continue dreaming of qualifying, and they did.

The 4-1 win over Russia ruined the plans of coach Stanislav Cherchesov, who with a single point could guarantee a pass to the next phase.

Mikel Damsgaard opened the scoring with a great goal before the break. The Italian Serie A Sampdoria midfielder took advantage of Pierre-Emile Hojbjerg’s pass to control the ball with his left leg, settle in, and then fired a sharp shot with his right. Nothing to do for the meta Matvey Safonov.

In the second half, a blunder by Román Zobnin, who was trying to pass the ball to the Krasnodar goalkeeper, was taken advantage of by Yussuf Poulsen. This only needed to push the ball to extend the advantage. Artem Dzyuba discounted in 70 from the penalty spot.

But the Danes wanted more. Andreas Christensen made it 3-1 after two good covers from Safonov. The Chelsea defender’s shoe brushed against one of his rivals and went through the net. Then, in the 82nd minute, the standout Hojbjerg returned to assist after a counter attack, this time to Joakim Maehle, to seal the win.

The Danes are classified as second by Group B thanks to the favorable goal difference with Finland.