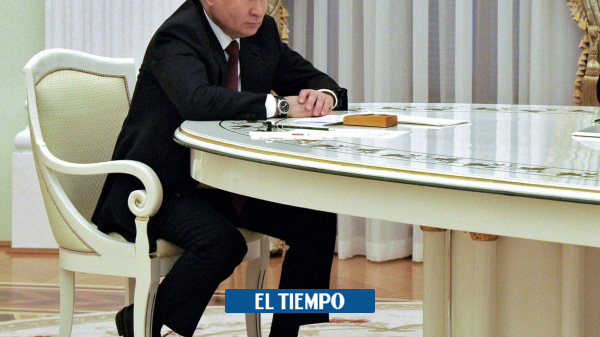 “I have made the decision of a military operation (…) Whoever tries to hinder us, let alone threaten our nation and our people, must know that Russia will respond immediately. The answer will bring consequences that they have never seen in their history.” This is how President Vladimir Putin announced the invasion of Ukraine, early Thursday morningtriggering the worst security crisis in Europe since World War II.

The Russian president’s speech revealed a leader with a neo-imperial vision and, also, very sure that he will go down in the history books with his assault on Ukraine, which has already caused dozens of deaths, millions of dollars in damage and thousands of displaced people.

Armed with nationalist and revisionist rhetoric, Putin alleges that Russia, between Soviet leaders eager to pull the country out of World War I and various foreign powers, was robbed in 1920 of large parts of its territory.

His position, which goes beyond the Soviet era –seven decades that he considers a parenthesis in the long history of Imperial Russia– has shown his true face and goals: that is, his iron desire to return his country to the place that lost with the wars of the last century, and regardless of whether that implies putting the international system in crisis and endangering world peace.

Ukraine is historically Russian land. From time immemorial, the population living southeast of what were called Russian lands called themselves Russian and Orthodox.

His goal is not to revive the Soviet Union, but to rebuild the Russian empire, the one to which he belonged not only the annexed Crimea and Ukraine, but part of the Baltic republics, almost all of Poland, all of Belarus, the Romanian region of Bessarabia and countries of the Caucasus such as Georgia, Armenia or Azerbaijan (see graph).

More specifically, the Russian president’s intentions are closely linked to reversing what was agreed in the Brest-Litovsk peace treaty (1918), which the then new Soviet authorities signed with the German Empire and the Austro-Hungarian Empire and by which Russia ceded huge tracts of territory.

Thus, it is clear that Putin’s vision goes far beyond preventing the inclusion of Ukraine in the European Union and NATO at any price. In fact, the Russian president does not accept the mere existence of Ukraine, if it is not converted into a state under the orders of Russia. An issue that he reaffirmed on Monday when he said that his neighbor was “a creation of Lenin.”

Ukraine is “historically Russian land,” Putin explained. “Since time immemorial, the population living southeast of what were called Russian lands called themselves Russian and Orthodox. That happened before the 17th century when a portion of that territory joined the Russian state,” added the president, referring to Rus, the kingdom that had Kiev as its capital and that emerged in the 9th century. Imperial Russia, and now again Putin, claim Kievan Rus’ as their historical origin.

(You may be interested in: Russia seeks allies in Latin America in the midst of a military offensive in Ukraine)

At the end of last year, Putin even published a long report in which he claimed that Ukrainians and Russians were the same people, implying that Ukraine’s independence was historical nonsense.

“Contemporary Ukraine”, said Putin, “it was created entirely and completely by Russia, more exactly by communist, Bolshevik Russia. That process began almost immediately after the 1917 revolution. and Lenin and his comrades acted in an indelicate way with Russia: they ripped away a part of its historical territories”.

Those decisions and those at the end of the Cold War, when the USSR collapsed, were for Putin “historical strategic errors of Bolshevik leaders and the leadership of the Communist Party of the Soviet Union that led to the collapse of our united country, to the collapse of historical Russia, then called the USSR and to his conscience”.

What Putin forgot to mention was that in 1994 Russia, the US and the UK signed what became known as the Budapest Memorandum, a treaty in which the three countries would be the guarantors of independence, territorial integrity and sovereignty. from Ukraine. Today is a wet paper.

Earlier, in 1990, George Bush Sr.’s Secretary of State, James Baker, promised Mikhail Gorbachev and other Soviet leaders that, after the demise of the Warsaw Pact, NATO “would not move an inch east” of Europe. . After a long investigation, the German magazine, Der Spiegel, wrote that “there was no doubt that the West did everything possible to give the Soviets the impression that a NATO accession of countries like Poland, Hungary or Czechoslovakia was unthinkable. ”.

Given this, European diplomacy, which sees overtones of revenge because the Kremlin considers that NATO lied to Gorbachev, defends what happened by insisting that NATO did not make that promise but rather not to place nuclear weapons in the countries that were directly or indirectly under the control of Moscow and that began to join NATO in the late 1990s. So far, the Alliance fulfills that commitment: there are no nuclear weapons stationed beyond Germany.

(Keep reading: What is the defense plan that NATO activated after the invasion of Ukraine?).

This week, after the entry of Russian troops, the president of Ukraine, Volodymyr Zelensky, lamented that the efforts of the West were not enough. “They left us alone to defend our State. Who is prepared to fight by our side? I do not see anyone. Who is ready to ensure Ukraine’s accession to NATO? Everyone is afraid”he stressed.

The sad reality is that Ukraine is not a member of NATO, so the countries that make up this military alliance are not obliged to come to its aid with troops and weapons; and it is clear that to the extent that they can avoid a direct military confrontation with Russia, they will. Nobody wants a large-scale war in Europe, least of all with nuclear weapons on both sides.

However, NATO activated its defense plans “to prevent excesses against Alliance territories” with a body made up of 40,000 soldiers and whose spearhead, the Very High Availability Joint Force (VJTF), has 8,000 members. Because as the secretary general of the Alliance, Jens Stoltenberg, explained this week, the objectives of the Russian president “do not stop at Ukraine.”

For its part, on Friday Moscow threatened Sweden and Finland, two EU member states, with “serious political-military consequences” if they join NATO.

The ‘red line’ is if Russia attacks a NATO member. And that is why the Alliance’s warning that they will protect “every ally and every inch of their territories”, in explicit reference to countries like Poland, Estonia, Latvia and Lithuania.

An expert in fear

Fear is a catalyst for common sense.

All of the above is a fear that Putin knows how to produce and use to perfection. “Fear is a catalyst for common sense”, the well-known president often repeats because when he cannot reach an agreement, the solution – his solution – is to provoke fear with disproportionate responses. Many of those who have had to battle with the Russian president insist that there is nothing that gives them greater pleasure, when it comes to defending his positions, than threatening their opponents with the worst horrors.

Putin, who agreed to be Boris Yeltsin’s successor in December 1999 because, according to him, he wanted to help “save Russia, so that it would not fall apart,” continues to think that he is the only one capable of restoring the balance. And shielded in that messianic and redemptive self-conception, he had a constitutional reform approved that allows him to remain in it at least until 2036.

Recent events show that Putin is far from having run out of steam, and that at 70 years old he is ready to prevent the European Union from being more influential in Kiev or in any other territory that, in his opinion, is Russian.

Putin’s speech, in command of the largest nuclear power on the planet (see graph), was heard from European capitals with a mixture of incomprehension, surprise and fear.

His words now support his decisions, such as putting nearly 200,000 soldiers and the best means of his Armed Forces over Ukraine and demanding that the country disarm, declare itself neutral and abandon its claims of one day joining NATO and the European Union.

Defenders of the Russian president are right when they recall the history, the culture, the religion, the cross-marriages that forged a unique relationship between Ukraine and Russia. However, in the name of the old doctrine of “limited sovereignty” applied to its “near abroad”, Russia violates the borders of its neighbors to forcefully submit them to its will.

The Ukrainian policy of the Kremlin confirms the thesis of a Putin obsessed with the reconstitution of a space under Russian tutelage, as if the status of a great power was only won through domination and territorial conquests, as in the past.

Leading a country that this year ranked 12th among the richest nations with a GDP of $577 billion, but whose per capita income places it 65th (with just $11,327, according to the IMF), Putin knows that his country suffers from a great weakness: the dependence of its economy, oriented mainly on the export of raw materials – gas and oil, in particular – and its military industry. This reality exposes him to brutally suffer the harsh Western economic sanctions – which since Friday have targeted him directly – even though specialists assure that the Kremlin has constituted in recent years a “true war treasure” to absorb the consequences of his expansionist plan.

The revisionist aspects of his speech show that he is ready for greater conflicts, because from his words it follows that Russia’s interests mean that it has to control more territory than Ukraine.

Some wonder in Europe how far Putin wants to go when he stresses that his country should never have lost the territories it ceded at Brest-Litovsk. Belarus, a country with which Russia has a treaty by which the two countries agree to move towards unity and in which it already has almost 50,000 soldiers, would be the second piece.
Thus, it seems that Vladimir Putin finally took off his mask and this story is just beginning. 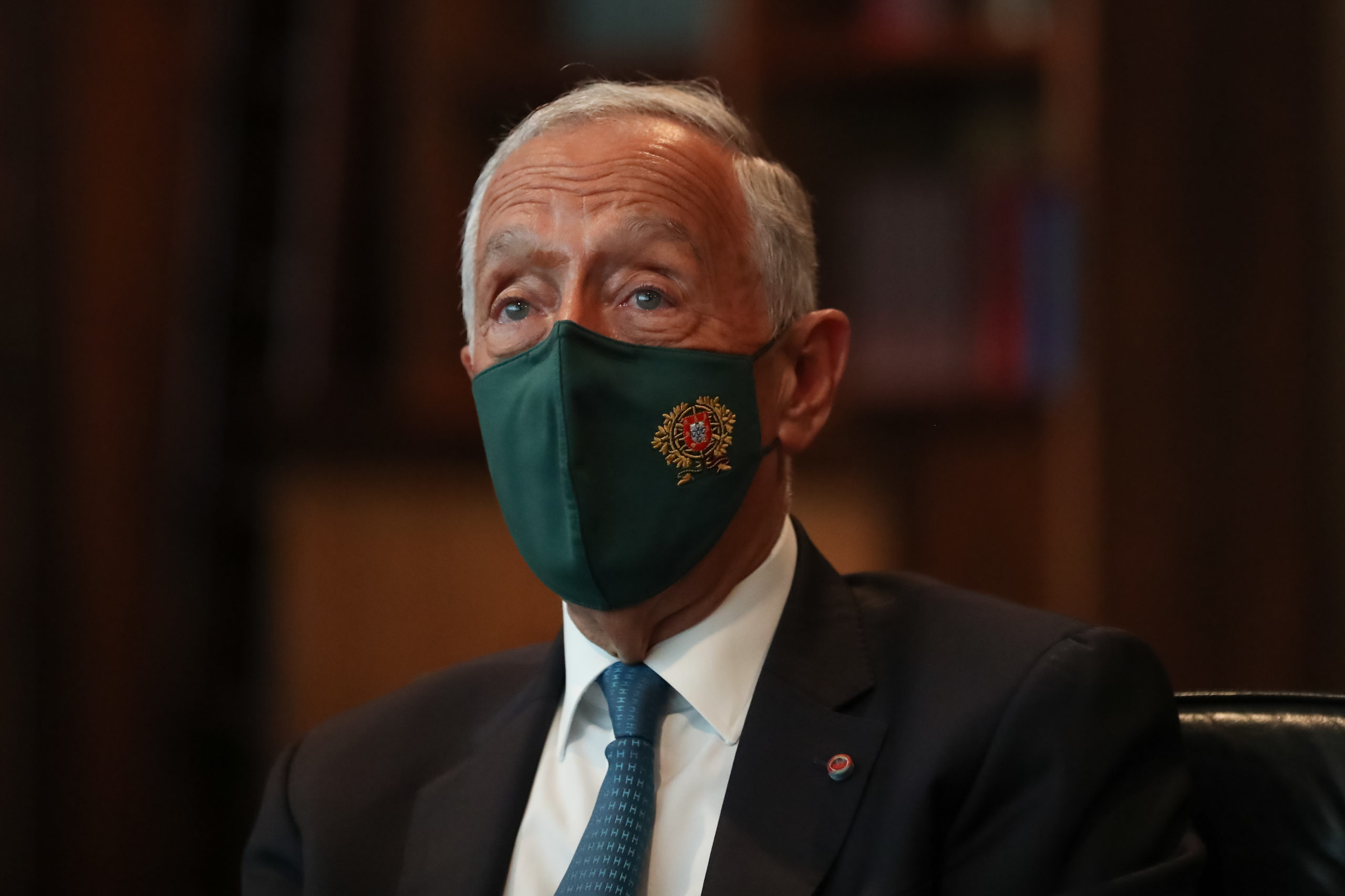