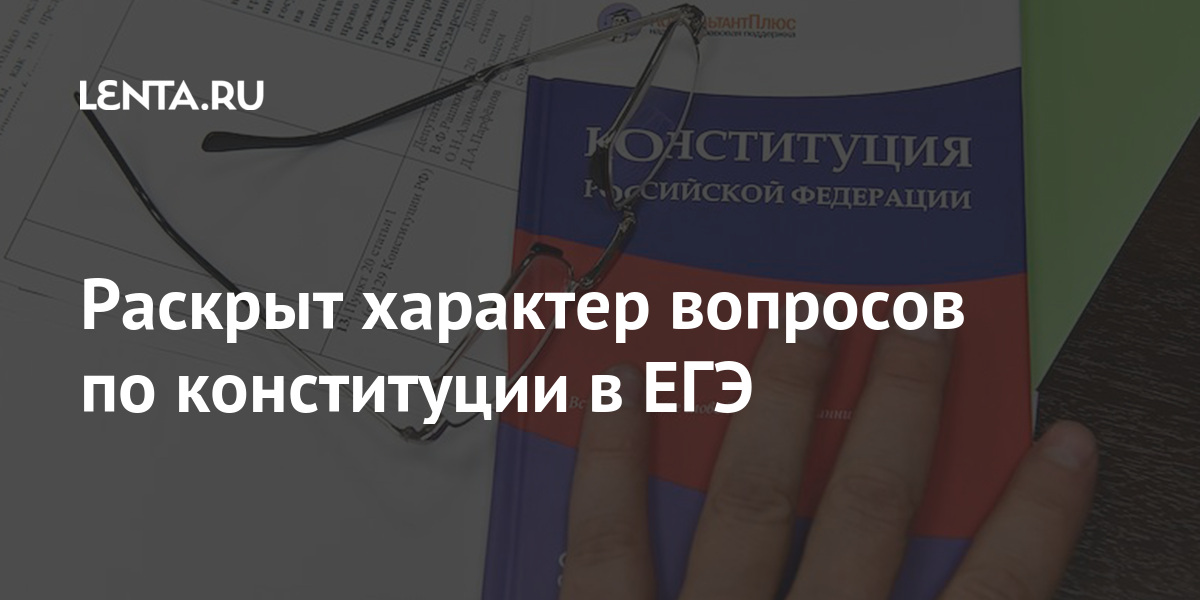 Questions on the Constitution in the Unified State Examination (USE) in social studies will not imply a comparison of the Russian Constitution with the previous version of the document. Oksana Reshetnikova, director of the Federal Institute for Pedagogical Measurements (FIPI), spoke about the nature of the questions. TASS…

“Questions about how it was and how it became, in CMM (control measuring materials – approx. “Lenta.ru”) will not be, ”said Reshetnikova.

Earlier, Reshetnikova said that since 2021, the most popular subject for graduates on the exam – social studies – will include questions on the adopted amendments to the Constitution of Russia. The changes will also affect the USE in history – new models of historical essays will appear.

Voting on amendments to the Constitution took place in Russia from June 25 to July 1. A total of 206 amendments were put to a general vote, including those on presidential terms – this will allow Vladimir Putin to run for president again after the end of his term in 2024. Amendments to the Basic Law were supported by 77.92 percent of voters.

Study claims: Corona has been around for much longer than known – surprising thesis on the Wuhan outbreak